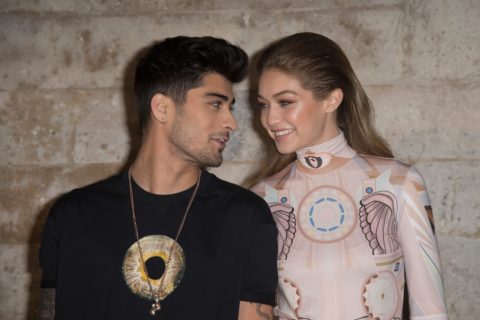 Grab Some Tissues, Because Zayn Malik and Gigi Hadid Are Officially Broken Up

Gigi Hadid and Zayn Malik had it all: talent, looks, love, stellar street style and a joint Vogue cover. He baked her pies and defended her honour when she was accused of racism, she promoted his music on talk shows and landed him spots in designer campaigns. They were a fashion and pop culture power couple for the millennial generation — despite frequently brushing off the title.

Having just made it to their two year anniversary, I naively assumed that the beautiful model and beautiful singer would be together forever. But like pretty much every other assumption I’ve ever made, I was wrong. News of the couple’s split was broke by The Sun on Tuesday afternoon: “They are no longer a couple but they do remain close and are supportive of each other,” a source said. “The reality is that they’ve grown apart, having been together for a long time. They have crazy work schedules that would put pressure on any relationship.”

Shortly after the break-up rumours started to break the web, Zayn shared this photo on Instagram.

When Life throws you lemons , catch em so they don’t hit you in the fucking face

Is a seductive, ultra-filtered selfie evidence of a break-up? No. But a shirtless photo with a cryptic lemon caption definitely means something is up.

Then, the former One Direction member confirmed the news we all hoped was just rumour: “Gigi and I had an incredibly meaningful, loving and fun relationship and I have a huge amount of respect and adoration for Gigi as a woman and a friend. She has such an incredible soul,” he tweeted in a note on Tuesday. “I’m grateful to all of our fans for respecting this difficult decision and our privacy at this time. We wish this news would have come from us first. We love you all.”

Gigi added her own statement: “Breakup statements often seem impersonal because there is really no way to put into words what two people experience over a few years … not only in the relationship, but in life in general,” the supermodel scion tweeted. “I’m forever grateful for the love, time, and life lessons that Z and I shared. I want nothing but the best for him and will continue to support him as a friend that I have immense respect and love for. As for the future, whatever’s meant to be will be. xG”

We’re glad they seem to be doing alright, because right now we’re feeling: ? .