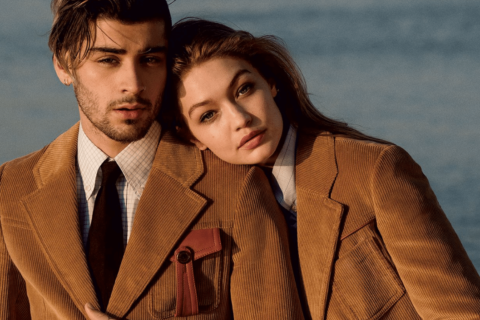 Everything that Upset the Internet this Week

Congratulations—you made it to the weekend! Chances are, you will be engaging in some sort of social conversation over the next 48 hours. Or maybe you won’t, and that’s totally okay too.

Either way, it’s good to stay informed. The Internet is always buzzing with scandal and controversy, and it’s important to keep up to date if you want to sound pop culture savvy. Plus, engaging in the drama can be super fun.

THE STORY: Vogue’s August issue is all about gender fluidity and ft. swoon worthy pics of Gigi Hadid and bf Zayn Malik cuddling on the cover. The story, titled “Gigi Hadid and Zayn Malik Are Part of a New Generation Embracing Gender Fluidity,” shows the gene blessed duo as gender-fluid dressers, and features a confusing exchange about clothes swapping with your boo.

“What was that T-shirt I borrowed the other day?” asks Malik.

Hadid nods vigorously. “Totally. It’s not about gender. It’s about, like, shapes. And what feels good on you that day. And anyway, it’s fun to experiment. . . .”

doesn't vogue think non binary/gender fluid people would have been great to talk to abt gender fluidity? not gigi hadid and zayn malik?

Individuals who are actually gender fluid and beyond the binaries face stigma and violence for it. Vogue is irresponsible for this framing.

Cards Against Humanity for Her

THE STORY: Cards Against Humanity—”the party game for horrible people”—announced a new women only product that costs $5 more than the original. “The box is pink, but the cards are exactly the same as the original,” reads the new products website reads. “It’s adorable. It’s cute. Self-care. Chia bowl. Perfect on your coffee table or bookshelf. Brunch. Cheat Day. Nasty Women. Avocado face peels. You’re such a Miranda.”

People complaining about cards against humanity for her is just…. like, have you ever played it? The whole idea is being offensive

RIGHTEOUSNESS OF THE OUTRAGE: TROLL ALERT! The limited edition box is actually meant to mock the gender discriminatory “pink tax”, and it raises money for Emily’s List, a US organization that helps elect pro-choice female candidates to office. Nicely done CoH, you played us well.

Bill Maher gets nominated for an Emmy

THE STORY: Thursday morning, it was announced that Bill Maher is nominated for best variety talk series with his HBO political program, Real Time. This came as a surprise to those who think racist jargon is a talk show taboo: Maher recently joked on-air, “Work in the fields? “Senator, I am a house n—er.”

I'm so glad Bill Maher was able to say the n word and still get an Emmy nod because usually things are so hard for straight white men.

RIGHTEOUSNESS OF THE OUTRAGE: Fan favourite The Tonight Show Starring Jimmy Fallon lost his nomination spot a guy who stirred race related controversy less than a month ago. Not cool.

THE STORY: The 4-year-old daughter of Kayne West and Kim Kardashian was pictured in what appeared to be a body-conscious, waist-cinching corset.

North west wearing a "corset"? Let the child be a child pic.twitter.com/U4VjgIycy8

Am I the only one bothered by north wearing a corset?

RIGHTEOUSNESS OF THE OUTRAGE: But it turns out the dress is an optical illusion! In response to the Twitter outcry, Kim took to Twitter to explain that North’s dress ft. more of a sartorial detail than a tummy scrunching structure. It’s a corset in the front, and a flowing slip dress in the back.
HOW WE FEEL: ?

THE STORY: When the Hollywood Reporter revealed that Disney still on the hunt for its live-action Aladdin and Jasmine, the Internet chimed in with plenty of suggestions. Why is Disney having casting trouble? Isn’t Bollywood like the number one place in the world to find handsome actors who can sing, dance and act? Lion actor Dev Patel and The Night Of‘s Riz Ahmed quickly became fan favourites to play the Arabian street rat—that is, until someone took out a map.

How has Dev Patel not been cast as Aladdin? He can sing and is an amazing actor. You're making this harder than it needs to be Disney. pic.twitter.com/5HxrcLdDdD

Hollywood having a hard time casting an Arab actor for Aladdin when they have no problem finding middle eastern actors to play terrorists pic.twitter.com/SpFrSKlHVS

RIGHTEOUSNESS OF THE OUTRAGE: India is close to the Middle East, but it isn’t the Middle East. These are two very different places geographically, culturally, and historically. The whole debacle has made it clear that there’s a problematic lack of actors from Middle Eastern backgrounds in the Hollywood pipeline.

Photography via Instagram/Vogue
Get the best of FASHION in your inbox Thanks for signing up!
The latest fashion, beauty and celeb news delivered right to your email #FASHIONforall Now, check your inbox to complete your subscription
We won’t ever use your email address for anything else
Want even more FASHION? Follow us on social media.