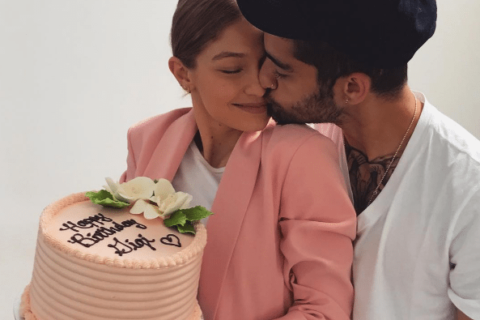 Zayn Malik Bakes Pies for Gigi Hadid, and This One is Her Fave

We demand a recipe.

Celebrity power couples: they’re just like us. Except…can anyone actually remember the last time their S.O. baked them a pastry that didn’t come out of a Pillsbury can?

In Gigi Hadid’s “73 Questions” video with Vogue, she revealed a series of juicy, flaky, mouthwatering secrets about her long time boo. 1) Zayn Malik likes to cook pies. 2) Her favourite is chicken and sweet corn. 3) It tastes “like a hug.”

Obviously, the former One Direction member needed a charming gimmick to help him pick up girls—and pie-baking was more effective than his chart-topping pop career. But how was he keeping this talent a secret? After some further digging, we discovered that this isn’t the first time Malik’s pastry art has been mentioned in the media. A couple weeks back, the “Pillowtalk” singer told the Evening Standard that he has “got into a thing of cooking pies recently.” He then added, “I make my own pastry, roll it out and everything.” W-O-W. If you’ve ever made a pie, you’ll know it’s not easy; and that making the pastry is the trickiest part.

Few things can compare to the warm hug of an oven-baked aphrodisiac, but when Gigi was asked about the most romantic thing Zayn has done, she answered: “A couple years ago on Valentine’s Day we went on a boat trip.” A boat trip? Really, Gigi? That’s cute and all, but don’t you think a homemade pie is a little more romantic? Anyone can rent a boat, but money can’t buy baking skills.

Here’s hoping that someone teases a vid of Malik’s pie-making process. Because that would be something worth watching again and again and again. We might even try baking one ourselves. (Homemade crust and all.)