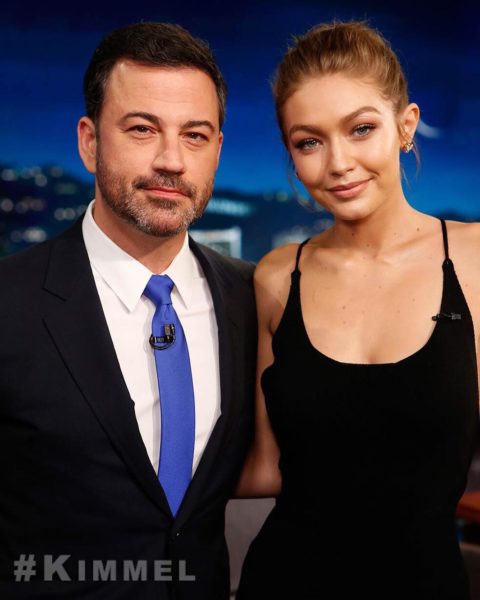 Amidst news of her American Music Awards hosting gig and limited-edition Stuart Weitzman boot launch, model Gigi Hadid stopped by Jimmy Kimmel Live! last night in all of her glowy/illuminated glory to talk about voting, modelling, and of course, her boyfriend Zayn Malik.

When asked whether she was a ever one of those “crazed” One Direction fans, she explained that she grew up listening to music her then step-father, Canadian music producer David Foster, would play in the house. “Andrea Bocelli, Josh Groban, so that was the music that I was into,” she said. “I mean, I think we could all name a One Direction song we like… ummm… but… maybe not,” Hadid laughed, to which she revealed she preferred Malik’s solo work. Check out the clip below.