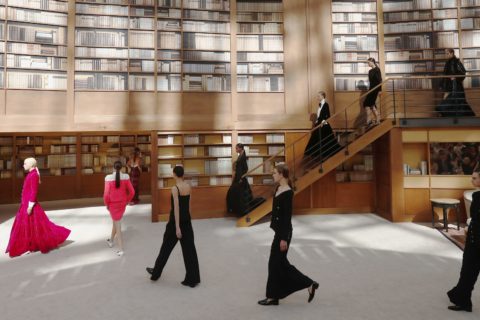 Chanel Hires Its First Global Head of Diversity and Inclusion

The decision follows a host of racist controversies that have plagued the fashion industry this year.

Chanel is the latest luxury fashion house to appoint a chief of diversity and inclusion.

According to Business of Fashion, Fiona Pargeter joined Chanel this month as the department’s global head, a new role that will drive the house’s existing diversity efforts. Chanel is looking to be more transparent with consumers, and this initiative is a step in the right direction. The brand formerly faced backlash for appropriating feminism after staging a mock protest for their S/S 2015 collection, and the brand’s late creative director, Karl Lagerfeld, was called out on numerous occasions for inappropriate comments regarding women’s bodies and the #MeToo movement.

Other luxury brands, such as Burberry, Gucci, and Prada, have already announced diversity and inclusion initiatives after coming under fire earlier in the year for showing tone-deaf and racist pieces in their collections. In February, Gucci pulled all stock of a turtleneck sweater that that resembled blackface imagery and Prada also apologized for selling a monkey keychain after it was decried as racist. Perhaps tellingly, Dolce & Gabbana, who came under fire last year for releasing a culturally insensitive campaign, have not yet announced any initiative declaring a desire to do better in the future. (Read our comprehensive timeline of every offensive thing Dolce & Gabbana has ever done here.)

In 2018, Chanel released its “Report to Society,” which outlined its commitment to fostering diversity within its corporate culture. The report stated that going forward, Chanel will begin incorporating the principles of diversity and inclusion into their recruitment process, setting priorities on management levels. The company also mentioned they “will continue to focus on new programs to demonstrate [their] appreciation for all aspects of diversity, including diversity of thought, and to further promote a more inclusive and diverse culture.”

Photo by IAN LANGSDON/EPA-EFE/Shutterstock
Get the best of FASHION in your inbox Thanks for signing up!
The latest fashion, beauty and celeb news delivered right to your email #FASHIONforall Now, check your inbox to complete your subscription
We won’t ever use your email address for anything else
Want even more FASHION? Follow us on social media.