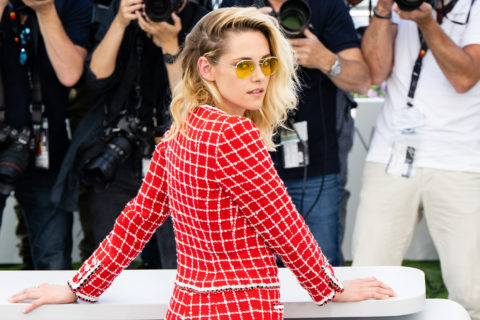 Is It Finally Time to Apologize to Kristen Stewart?

For years after cheating on Robert Pattinson, Kristen Stewart was followed by misogynistic vitriol. A decade later, can we accept that she deserved better?

Twilight fans remember the controversy well. It was late July, 2012 — just two days after co-stars and real-life couple Kristen Stewart and Robert Pattinson had attended the Teen Choice Awards together. Us Magazine released photos of a 22-year-old Stewart and a 41-year-old Rupert Sanders, the director of her recent film Snow White and The Huntsman and a married father of two. They were kissing.

Practically overnight, the cheating exposé turned Stewart into one of the most hated people in Hollywood. And this week, the salacious scandal went viral yet again after marking its 10-year anniversary. So, with slight trepidation, I ask: Isn’t it time to acknowledge that Kristen Stewart was actually a victim in this situation?

this week ten years ago, kristen stewart was caught cheating on boyfriend robert pattinson with her "snow white and the huntsman" director rupert sanders: pic.twitter.com/ZF7cFEWzSe

With invasive angles and elaborate witness descriptions, the infamous make-out shots between Stewart and Sanders became a tabloid gold mine. Us Magazine called their rendezvous in and around Stewart’s car, a “steamy PDA fest.” And though they both cheated on their significant others, it became clear from the time the news broke that Stewart was going to be the bad guy.

The internet seemed united in its hatred toward the actor. Fox News called Stewart a “home wrecker.” Will Ferrell offered a slut-shamey Twilight pun, anointing her a “trampire.” Even former U.S. President (and notoriously unfaithful spouse) Donald Trump weighed in on Twitter, saying, “Robert Pattinson should not take back Kristen Stewart. She cheated on him like a dog & will do it again — just watch.” Particularly intense distress came from the Twilight fandom, which viewed Stewart and Pattinson as the real-life manifestation of characters Bella and Edward.

That time @realDonaldTrump spent a month wrapped up in the Kristen Stewart/Robert Pattinson cheating scandal pic.twitter.com/S77nPoAjTW

Not only was she seen as responsible for the wreckage of her own relationship, but for Sanders’s, too. Despite being 19 years his junior, Stewart was positioned as the conniving other woman. But in reality, he was a much older man in a position of power, and she was a vulnerable young adult in a turbulent industry.

Stewart has been acting since she was only eight years old. With long working hours, exploitative adults and overwhelming public attention, growing up in Hollywood is particularly tough. Despite this challenging upbringing, young actors are unfairly expected to be fully formed, good decision–making adults by the time they reach 18. And because she didn’t have a classic, all-smiles “American sweetheart” demeanour, Stewart became the subject of unfair criticism early on.

When she began filming Twilight at just 17 years old, she was a shy teen with a dry sense of humour. But in the media, Stewart was described as “cold and unapproachable.” She was also notoriously private — especially concerning her relationship with Pattinson — which doesn’t exactly bode well when you’re famous. This unlikeable persona made her the perfect scapegoat when the cheating scandal came along.

After the news broke, Sanders and Stewart released public apologies to their respective significant others. Stewart and Pattinson went on to briefly reunite, before calling it quits months later. But regardless of personal forgiveness, Stewart’s label as a “villain” followed her for years.

Media publications piled on, with “gotcha!” paparazzi shots and buzzy headlines that preyed on her distress. Her career was impacted, too. In a 2019 interview with Howard Stern, Stewart said her role in the sequel to Snow White and the Huntsman was cut because of the scandal.

“I feel like the slut-shaming that went down was so absurd,” she said of her treatment at the time. “They didn’t put me in that movie because I went through such a highly publicized scandal, and so they were like scared of touching that.”

Despite the traumatic backlash of her adolescent mistake, Stewart has gone on to do great things. She was recently nominated for an Oscar for her portrayal of Princess Diana in Spencer. She’s engaged to longtime girlfriend Dylan Meyer. She’s a Chanel brand ambassador. And though it’s undoubtedly not fun to have the entire internet reminded of a mistake you made when you were 22, there’s a silver lining to revisiting the cultural scandals of bygone years. Hopefully, we (not Stewart), can learn from our mistakes.

From the #FreeBritney movement to widespread apologies for the unfounded disdain towards Anne Hathaway (a.k.a. “Hathahate”), we’re in an era of reckoning with our societal mistreatment of young women in the public eye. What better time than now to meaningfully revisit Stewart’s disproportionately drawn-out scrutiny?

Sure, she screwed up. But, like you and I, she’s human. Perhaps Stewart herself said it best when reflecting on the situation. “I was really young, I didn’t really know how to deal with that,” she told Stern. “I made some mistakes. And honestly, it’s no one’s business.”

Photography by Getty/Samir Hussein/WireImage
Get the best of FASHION in your inbox Thanks for signing up!
The latest fashion, beauty and celeb news delivered right to your email #FASHIONforall Now, check your inbox to complete your subscription
We won’t ever use your email address for anything else
Want even more FASHION? Follow us on social media.