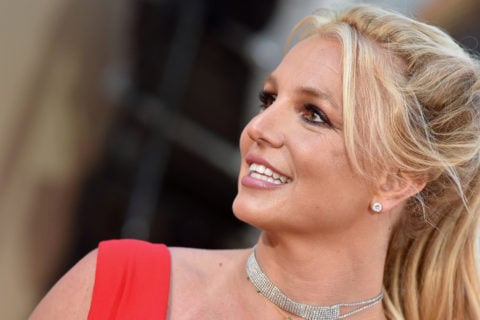 Let Britney Spears Do Pregnancy Fashion Her Own Way

Her Y2K-era pregnancies were met with unfair scrutiny, body-shaming and fat-phobia. Let’s learn from our past mistakes, shall we?

Every day, it seems we inch closer to completely reliving the early 2000s. Low-rise jeans are back en vogue, Jennifer Lopez and Ben Affleck are happily engaged once more, and now, Britney Spears is pregnant again. For Britney, let’s petition to ditch the body-shaming this time around.

On April 11, the pop legend announced that she is expecting her third child via an emoji-filled Instagram caption. She discovered the news while on vacation in Maui with her partner, personal trainer and actor Sam Asghari.

“I lost so much weight to go on my Maui trip only to gain it back. I thought, ‘Geez, what happened to my stomach?’ she wrote. “So I got a pregnancy test … and, uh, well … I am having a baby.”

In 2022, the public perception of child-bearing bodies has experienced a cultural shift — thanks in no small part to Rihanna. From the moment she announced she was expecting, the singer-turned-designer has been rewriting the rules of pregnancy style by intentionally rejecting maternity wear that veils the pregnant belly under billowy silhouettes.

Take her recent Vogue cover story, where she poses in a mesh catsuit that accentuates every new angle on her body. “I’m hoping that we were able to redefine what’s considered ‘decent’ for pregnant women,” she told the magazine. “My body is doing incredible things right now, and I’m not going to be ashamed of that.”

For the most part, Rihanna’s daring fashion choices have been celebrated. Unfortunately, the same can’t be said for Britney Spears’s past pregnancies with sons Sean Preston in 2005, and Jayden James in 2006.

Spears had a uniquely Y2K pregnancy style. In 2005, at the Charlie and the Charlie and the Chocolate Factory film premiere, she sported an early-aughts classic: the cheeky graphic shirt. Riffing on the film’s plot, her top read, “I have the Golden Ticket,” above an arrow pointing to her expectant belly.

The same year, she wore a pink cropped shrug with a low-waisted tie-dye skirt that showed off her belly — a look that still lives in my head rent-free.

During her second pregnancy, Spears did a photoshoot for Q Magazine, donning a polka dot bikini and sucking on a lollipop. While capturing her maternal glow, the photos were a symbol of Britney Spears taking ownership of her sexuality while contradicting the notion that pregnant women should be devoid of sexual desire. (For many women, pregnancy is actually the sexiest time of their lives.)

Her body’s natural changes were always a topic of social discourse. During her first pregnancy, outlets like People, Star and Us Weekly reported relentlessly on her looks. In 2005, People published an article titled, “Britney’s weight gain,” which shamed her for the food she ate and claimed her pregnancy weight was “out of hand.”

Spears’s second pregnancy was no better. In 2006, she spoke with Harper’s Bazaar about the impact of this constant cruel coverage. “It was weird for me at first because of who I am; wherever you go they expect you to look a certain way,” she said. “I’m not supposed to be this huge pregnant superstar.”

In her recent Instagram announcement, Spears said she experienced perinatal depression during both previous pregnancies. “I have to say it is absolutely horrible,” she said. “Women didn’t talk about it back then.”

This time around, she’s hoping to avoid all that negative media attention. “I obviously won’t be going out as much due to the [paparazzi] getting their money shot of me like they unfortunately already have,” she wrote.

During the legal battle surrounding her 13-year-long conservatorship, Spears spoke about wanting another child. Before she was freed to make her own medical, financial and personal decisions in November 2021, the star revealed that her conservators would not let her have her IUD removed to get pregnant.

Now that she’s reclaimed her autonomy, she can spend her pregnancy dressing how she likes — whether it’s drawing from her Y2K wardrobe, opting for looser silhouettes or barely going out at all. The point is: it’s her choice.

Spears wasn’t recognized for the trailblazing style she had during her earlier pregnancies. But with modern-day fashion icons like Rihanna continuing the re-write the rules, the 2020s are defining a new age of body positivity unrestrained by the impossible beauty standards and weird hangups of decades past.

There’s never been a better time for Britney Spears to be pregnant.