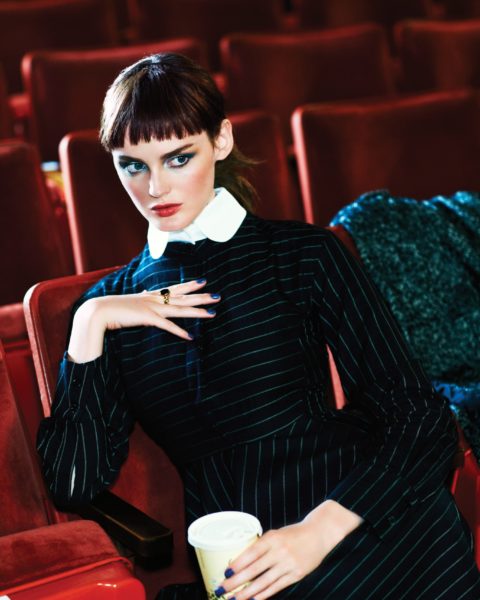 Can We Still Separate Art From Artists in a Post-Time’s Up Era?

Why do we care more about where our coffee comes from than our favourite films?

Woody Allen, Casey Affleck, Roman Polanski, Terrence Howard, Chris Brown. What all these men have in common is the fact that despite repeated rumours or allegations of assault, sexual harassment or sexual abuse, their work continues to be solicited and supported, encouraged and awarded. Although the likes of Harvey Weinstein, James Toback and Kevin Spacey have been dealt rather swift professional blows over the past few months courtesy of Time’s Up, other artists have long seemed immune to this wave of reckoning.

Why do we keep buying what these people are selling?

I don’t ask this question while perched on a high horse. I watched film after film directed by Allen. I sobbed while watching Manchester by the Sea, and I tuned in to Empire. But a recent episode of Still Processing, a podcast hosted by Wesley Morris and Jenna Wortham, culture critics for The New York Times, laid out the argument for boycotting the work of sexual offenders so crisply, so cleanly, that there’s simply no other way for me to look at it now.

“I can’t express this forcefully enough,” said Pulitzer Prize winner Morris. “But in the same way we think about where our fruit comes from or where our potatoes come from, you need to be asking where your entertainment is coming from. Who’s making it? How many asses were grabbed in the name of making this movie or getting this show out or putting this record out? It’s a for-real question.”

He’s right. Whenever possible, we check labels to see whether the chicken we’re buying is free-range and where our coffee beans come from. The #WhoMadeMyClothes movement, launched in response to the Rana Plaza factory collapse in Bangladesh, gained momentum when consumers demanded more from the brands they patronized. Why doesn’t responsible consumerism apply here? Especially since ethical art, unlike cruelty-free meat, won’t be more expensive. Sure, there’s an argument to be made against losing great art in the process, but when you consider the alternative—the continued erosion of women’s safety, dignity and agency—it doesn’t seem like such a bad trade-off.

And, yes, there are also the other players to consider: the actors, writers and crew members who’d suffer if their films were to be written off by the audience. But if studio executives were to further align themselves with the Time’s Up movement and shy away from green-lighting projects with troubling men, wouldn’t that be progress? No matter how perfectly suited for a role an actor might be, if their inclusion in a film risks its profitability, wouldn’t another actor work just as well? (For those who care about the provenance of their entertainment, there is the recently launched website Rotten Apples, whose goal is to “help make ethical media consumption easier.” Just type in the name of a film or television show and the site tells you, via links to reliable news sources, if any of the key players involved are, well, rotten.)

We already tend to hold celebrities responsible for the success or failure of a product, even when they aren’t the only people involved. When a Will Smith movie bombs, we don’t punish the cinematographers or key grips. It makes sense, then, to allow the morality of one celebrity to affect whether we buy their art or not.

For too long we’ve allowed ourselves the flimsy, guilt-assuaging excuse of separating the art from the artist. But ask yourself this: Is supporting a creator’s work that different from endorsing their actions? This question shouldn’t be limited to sexual misconduct. What’s important to you as a viewer? What will you not stand for? If we really care about what we say we care about, it’s time to start showing it. And maybe, eventually, we can provide women with a safe space in which to work—a space where they can truly be in their element.

In the meantime, there are media enterprises out there with a mission to encourage, support and empower women in the entertainment industry. Reese Witherspoon’s media company Hello Sunshine is committed to creating content by women, for women. Its subsidiary, Pacific Standard, is the production house behind Big Little Lies, Gone Girl and Wild.  Writer, director and producer Ryan Murphy’s Half Foundation, in partnership with FX Networks, has, since its launch in 2016, worked to ensure that at least half of the directors of his slate of TV shows—which includes American Horror Story, Feud and American Crime Story—are women, people of colour and/or members of the LGBTQ+ community. With actresses like Jessica Chastain, Juliette Binoche and Freida Pinto on its advisory board, non-profit We Do It Together is dedicated to providing more opportunities for women in media around the world. Netflix has signed female show­runners Jenji Kohan, of Orange Is the New Black fame, and Shonda Rhimes, the visionary behind Grey’s Anatomy, Scandal and How to Get Away with Murder, for exclusive multi-year deals. And, finally, Full Frontal with Samantha Bee is not only one of just two late-night shows currently on the air that have a female host—the other is The Rundown with Robin Thede, on BET—but it also launched with a 50 per cent female and 30 per cent non-white writing team. Support them all, guilt-free.