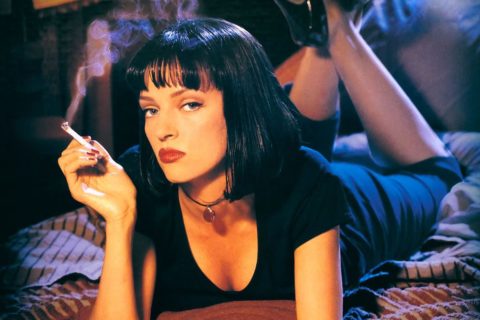 Harvey Weinstein has one of the longest CVs on IMDB. For 36 years, the superpower film producer has been putting his money behind the most celebrated movies in Hollywood: Pulp Fiction, Shakespeare in Love, Silver Linings Playbook, Gangs of New York, Sky Kids, etc. etc. etc…

But Harvey Weinstein is a bad dude. On October 5, The New York Times released a story claiming that the 65-year-old executive had been paying off sexual assault accusers for decades. In the weeks that have followed, dozens of women have spoken on record accusing Weinstein of abusing his position of power. It’s a long, and growing, list of Hollywood actresses telling their stories: Angelina Jolie, Gwyneth Paltrow, Ashley Judd, Rose McGowan, Cara Delevingne, Minka Kelly, Tara Subkoff, Florence Darel, Kate Beckinsale etc. etc. etc…

When we hear a thing/place/person is bad, our instinct is to call for a boycott (and then, you know, throw a hashtag on it.) As regular folks, the only power we have–aside from crafting blistering tweets, is to vote with our dollars. By refusing to buy into a good or service with negative associations, we can cut off profits and strip away power. So logically, we should be boycotting Weinstein. Because there’s only one way we to be 100% certain you aren’t putting pennies in Harvey Weinstein’s pockets: don’t watch anything with his name on it. That means no more Lord of the Rings, no more Kill Bill,  and no more guilt-binging Project Runway episodes back-to-back-to-back. (Because yup, he’s the executive producer of your favourite fashion design TV show too.)

The separation of art from artist has always been tricky. Roman Polanski, who we already knew was problematic, was just accused of molesting a 10-year-old girl. Does that mean The Pianist is no longer a central piece of Holocaust representation? Chris Brown has a history of violence against women, including being charged for assaulting Rihanna. Does that mean “Forever” doesn’t make us want to dance?

The problem with Weinstein—there’s lots, we’re picking one—is that he isn’t an artist. He helped films get made, but he didn’t actually make anything. More so than more art forms,  filmmaking is really a business. Which means every time you see a Harvey Weinstein film, there’s no way to guarantee you aren’t financially supporting a (allegedly) shitty person. But you’re also not supporting the thousands of talented and innocent people who contributed to the long list of movies that Weinstein produced and distributed. Some of these people, women specifically, persevered through terrible treatment to make their art–think about it. They had to watch Harvey Weinstein shower, and now we’re going to rob them of their residuals? Weinstein’s predatory behaviour does not belittle the skill of those artists who benefited from his support. But it’s a pretty gross Catch-22.

Is Pulp Fiction is a hella cool movie, even if Weinstein played a role in delivering it to the world? Obviously. It all comes down to personal choice, and what feels right for you as a movie lover and advocate for women. The good news is Harvey Weinstein’s newest film, The Current War, is long and boring. So don’t bother buying tickets when it comes out in theatres this winter.