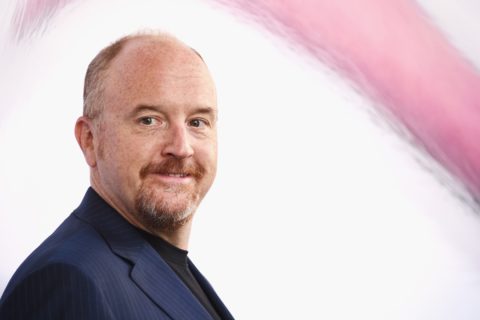 Why Louis CK’s Statement is Worse Than You Think

Louis CK’s public statement is being lauded as an excellent example of an apology, but does he ever say sorry?

In this unprecedented period of “statements” from celebrity men in positions of power, Louis CK has written one of the best. He didn’t out himself as Kevin Spacey did after a troubling allegation, nor did he deny and use the word c*nt à la James Toback. So far, so good.

He starts off simply. He says the stories are true. He seems aware of his privilege and is truly repentant. This will be enough for many of his fans or famous friends — because Louis CK has a way of seeming truthful, and self deprecating, and can be very talented while doing both, he may be able to survive this. If he can maintain this tone and there aren’t too many more escalating reveals of bad behaviour — and that is a big if — it is likely that his career may even thrive.

However, it should be noted that this is not an apology. It is a PR strategy, one that is as self-serving as any. And it’s self serving-ness is evident when you do a close reading of his statement.

Too little, too late

First off the timing. We have Louis CK’s first public statement on rumours that have hounded him since at least 2012. The recent climate combined with November 9th’s New York Times feature, meant his strategy of silence or obfuscation was no longer an option. He has chosen to make a statement only when the allegations have begun to have a real impact on his career.

The New York premiere of his film, a disturbingly on the nose “I Love You, Daddy”, was cancelled in advance of the NY Times story, as was his planned appearance on friend and prior collaborator Stephen Colbert’s Late Show.

While the statement reads as apologetic, would a truly contrite person, aware of the consequence of their actions on people and career, wait until the New York Times published a rigorously fact checked account of the harassment of five women? A truly contrite person probably would have made a statement years ago, rather than creating a campaign to discourage and silence accusers.

With this statement Louis CK takes a step away from his strategy of purposeful silence in response to the accounts of his harassment, and instead imagines that the wide respect and success he enjoyed as a comedian alone was enough to dampen the rumours.

“I … took advantage of the fact that I was widely admired in my and their community, which disabled them from sharing their story and brought hardship to them when they tried because people who look up to me didn’t want to hear it.”

What Louis CK willfully ignores here is that people didn’t choose to not to believe the stories about him. His refusal to comment on the rumours for five years actively encouraged disbelief and stopped the conversation. He scoffed at answering questions about it, refused to comment and generally made it possible that the rumours against him were utterly unsubstantial.

It was not a sad coincidence of his celebrity that no one believed the stories, but a useful strategy buttressed by his public persona and repeated “No Comments.” He was not passive. He actively had a role in silencing these women by being silent.

“At the time, I said to myself that what I did was okay because I never showed a woman my dick without asking first, which is also true.”

This is a remarkable sentence. It admits behaviour with the caveats and additions of “Without asking first” and “Also true.” It suggests Louis CK, an intellectual, would never proposition a woman without at least asking permission. It’s a strange sort of #NotAllMen in which he admits he did a bad thing, but not nearly as bad at what some people do.

He did not do these things in the year 1966. This was 2005, post-riot grrrl feminism, post Anita Hill, post Lewinsky. The question “Do you want to see my dick?” is appropriate in 0.8% of workplaces, and Louis CK is too smart to pretend he doesn’t and didn’t know that.

While consent is an important part of any sexual relationship, Louis CK focuses on the fact that he asked first and ignores the fact that in the situations described by the Times, simply asking the question itself was harassment. The five relationships described were not sexual until he explicitly made them that way.

CK spends his third paragraph breaking down why he now knows what he did was bad. His behaviour became harassment, he argues, because his female colleagues and coworkers admired him. He doesn’t wish he had behaved as a better or more appropriate person, merely that he wished he had “reacted” to their admiration differently. It allows him to say they liked him, maybe too much. It’s a few degrees away from they asked for it, but not enough.

He used the word admire and it’s various forms to describe what his victims thought of him and what his community thinks of him, five times. One could call it self-masturbatory, but that is maybe too on the nose.

Throughout the statement Louis CK uses passive voice, he decries that no one believed the women, but refuses to include his own role in why they weren’t believed. He wishes he’d been a better role model, rather than admit what he did would have always been an incredible breach of office behaviour.

Instead, he seems to say, this was all a misunderstanding, a byproduct created by how admired he was and still is. Louis CK seeks to make himself a bystander of this whole sordid affair. Unfortunately, you can’t be a bystander to your own behaviour.

His apology is not to the women. It is to his friends, his family, and most importantly himself. It’s a self serving statement of weasel words that masquerades as honesty, and because of who he is, and his brand, this will be enough for many of his fans. It shouldn’t be.

Photography by Mike Coppola/Getty Images
Get the best of FASHION in your inbox Thanks for signing up!
The latest fashion, beauty and celeb news delivered right to your email #FASHIONforall Now, check your inbox to complete your subscription
We won’t ever use your email address for anything else
Want even more FASHION? Follow us on social media.