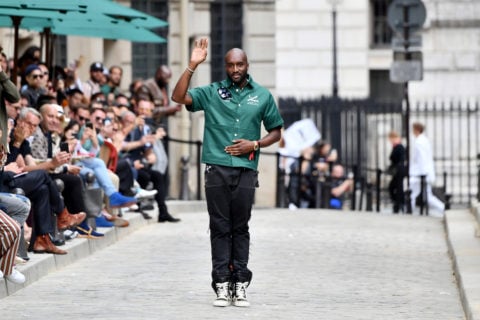 He paved the way for other non-fashion-schooled creatives to be seen and heard in the upper echelons of the luxury business.

This story was updated on Nov. 29. Virgil Abloh, whose death on Sunday from a rare form of cancer shocked the world, didn’t come from the fashion world. So he never bothered to fit in.

Instead, he created his own system — one that didn’t include going to fashion school and peddling fancy clothes to department stores.

Abloh was an architect and part of a DJ collective that had a small clothing line. He was tight with hip-hop artists Kanye West and Travis Scott — fellow creatives who dressed like him in sneakers, tees and cargo jackets. He and West did an internship at Fendi in 2009 and three years later, recognizing that a new generation were mixing streetwear with luxury labels, Abloh founded Off-White. The upscale casual wear bearing graphic black and white stripes and arrows took off, appealing to well-funded international students and tech entrepreneurs who were re-writing the rules on corporate dressing. Abloh preferred concept stores to traditional retail and in the summer of 2018, recreated his Chicago studio at the Ssense flagship in Montreal.

“Virgil was the first to merge music, architecture, culture, art and fashion,” comments George Antonopoulos, creative and fashion director of FASHION. “He created a lifestyle, not just a label. I think that’s what gave Off-White so much clout. He was also the king of collabs before collabs were king, finding success with IKEA, Nike, Mercedes-Benz and Rimowa.”

“Everything Virgil touches, people are interested in,” Christopher Casuga told The Globe and Mail in 2019. Casuga and his wife Lia were the first in Canada to carry Off-White at their CNTRBND boutique in Toronto. In 2016, Abloh entrusted the duo to open one of his first Off-White stores on Yorkville Avenue. “Virgil has always told us to never be afraid to follow your dreams and believe in yourself,” Casuga told FASHION the day after Abloh’s passing. “It is a very sad moment for myself and my wife as he is a big reason we are who we have become today.”

Casuga and Abloh had been close friends ever since meeting at a party in Chicago in the late ’90s, and were part of a circle that included West, Scott, creative director Heron Preston and Givenchy designer Matthew Williams. “This is before they became who they are today,” Casuga told The Globe, recalling an event held at a Toronto nightclub that he calls, “one of most epic parties in Toronto ever. Virgil was DJing, Kanye was literally swinging off the ceiling.”

Abloh was named artistic director of Louis Vuitton menswear in 2018, making him one of the few black designers to lead a major French fashion house. The casting for his debut Vuitton runway show was heavily BIPOC and included several rapper friends, as if he were signalling the traditional fashion world that he was setting a new agenda. Which he did.

Abloh paved the way for other non-fashion-schooled creatives to be seen and heard in the upper echelons of the luxury business. Fittingly, he was named one of Time’s 100 Most Influential in 2018. Abloh was a visionary and a disruptor. But he was a husband, son, father and friend too. And that is the greatest loss of all.