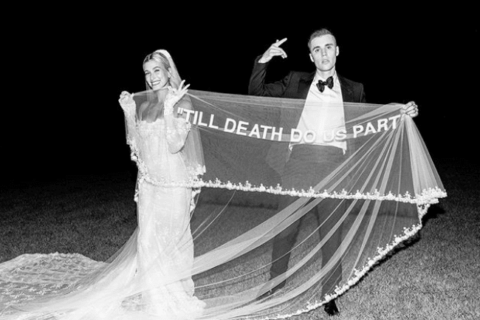 Off-White is Now Officially the Hottest Brand in the World

It moves up from second place in Q2

Online search platform Lyst has released its quarterly Lyst Index report that charts consumer interest in designer brands by analyzing data from almost 10 million shoppers per month – and Off-White has officially taken the crown for Q3.

The Virgil Abloh-led brand took the top spot from Balenciaga (who came in second place), followed by Gucci. This is the first time in two years the Alessandro Michele-led brand has fallen out of the top two.

The rest of the top 10 was as follows: Versace, Prada, Valentino, Fendi, Burberry, Saint Laurent and Vetements. Interestingly, the report points out that only “25 per cent of the top 20 brands have female creative directors.”

Bottega Veneta is also continuing its path to world domination, debuting in the top 20 (it came in 16th) after climbing a huge 21 places. The report noted that interest in the brand came predominantly through its Pouch bag and its padded sandal. The latter was named as the hottest item after garnering 27,000 searches a month last quarter.

As for the other hot items we’re all searching, Jacquemus’ Le Chiquito mini bag came in second place, Adidas’ Continental 80 sneakers in third, Mansur Gavriel’s cloud print sweater was in fourth and Prada’s black nylon flat pouch was in fifth place. Fendi’s FF-printed bikini landed the seventh spot and also had a 3,354 per cent spike in social media mentions after being worn by Nicki Minaj.

Over in men’s hottest products, Gucci’s double G belt made an appearance for the first time (it has previously appeared eight times on the women’s list over the past two years) with an average of 110,000 searches globally since July.

It’s perhaps unsurprising that Off-White came out on top given that it has repeatedly made headlines over the past few months. Hailey Bieber wore a custom wedding dress by the brand to marry Justin Bieber, and during Paris Fashion Week its newest handbag design made waves for its apparent uselessness.

Photograph courtesy of Instagram/Corey Tenold
Get the best of FASHION in your inbox Thanks for signing up!
The latest fashion, beauty and celeb news delivered right to your email #FASHIONforall Now, check your inbox to complete your subscription
We won’t ever use your email address for anything else
Want even more FASHION? Follow us on social media.