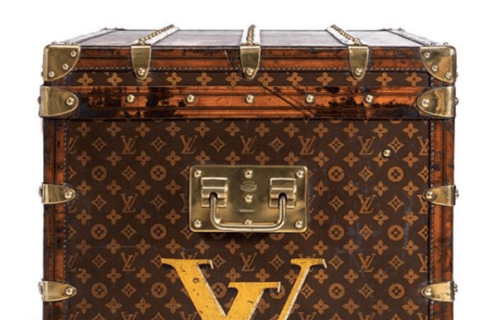 In Defense of Virgil Abloh

Last week after months of speculation, The New York Times broke the story of Virgil Abloh’s appointment as artistic director of menswear at Louis Vuitton. Born in Chicago, Abloh is Ghanian-American and a longtime collaborator of Kanye West. He joins Olivier Rousteing at Balmain as one of two black designers leading a French heritage house, and Louis Vuitton’s first.

The news is as unprecedented as it is polarizing. While former menswear artistic director Kim Jones praises Abloh on Instagram as “a cultural and inspirational designer for the next generation,” a StyleZeitgeist headline pegs Vuitton’s appointment “an important victory for marketing hype over design.” That op-ed echoes Instagram commenters that he is “widely considered to not be a real designer” with no fashion design education, who merely covers standard fare garments in the highly visible Off-White logo.

This is an interesting observation, considering the LV logo was designed in 1896 by Georges Vuitton, and applied in a repeating pattern to the entire surface of hard luggage with the express purpose of branding and differentiating the product and business from competitors like Goyard and Moynat. In that regard, Abloh’s union with Louis Vuitton could not be a more perfect meeting of the minds.

Yet when asked how Abloh will change Louis Vuitton, 032c founder Joerg Koch says Vuitton has already changed by appointing a “black amateur designer”, and when asked if the news was a surprise, critic Angelo Flaccavento notes he is not the most cultured of designers. These racially-tinged comments are concerning, especially in the fashion industry where diversity on the front lines is an uphill battle.

The sole requirement of creative or artistic directorship has never been fashion design, namely the technical ability to create a garment. Alber Elbaz, formerly at Lanvin, said it best: “We started as couturiers. … Then we became ‘creative directors’, so we have to create, but mostly direct. And now we have to become image-makers.” Of the latter, Abloh, with 1.9 million Instagram followers, is one of the best.

Abloh earned a bachelor’s degree in civil engineering and a master’s degree in architecture. Similarly, Paco Rabanne studied architecture before beginning his fashion career as a jewellery designer for Balenciaga, Givenchy, and Dior. Fellow retro-futurist André Courrèges studied civil engineering and worked at the Balenciaga atelier for a decade before launching his eponymous label in 1961. It’s also worth noting that Raf Simons studied industrial design, not fashion. Abloh’s lack of a fashion design education is not unlike these respected designers, and does not make him less qualified.

Nor does it make him less creative. On the contrary, Rabanne, Courrèges, and Simons have approached fashion design with a high degree of creativity, perhaps because they did not study it in school, and thus were not indoctrinated by its established confines. Yet Abloh has been taken to task for being unoriginal, most notably by Raf Simons last year in an interview with GQ.

Simons notes in the same interview that “It’s not always about being new-new because who is new-new?”, which hits the nail on the head — what present day artistic director is original? Instagram account @margielatab1 recently compiled a number of designs by Martin Margiela and Demna Gvasalia for Vetements side-by-side, revealing the extent to which Gvasalia has been inspired by and has copied Margiela. Similarly, Alessandro Michele’s references at Gucci run the gamut, as documented by @diet_prada. Nicolas Ghesquière’s designs for Louis Vuitton womenswear are inflected with André Courrèges’ DNA, and Phoebe Philo’s final collections for Céline distinctly recall Giorgio Armani.

The point here is that everybody re-contextualizes, nobody is original. The only difference is that some designers in their referencing are looked upon more favourably than others, and all of these designers have risen through the ranks of the fashion system, while Abloh is an outsider. Oh, and he’s black.

In short, the charge against Abloh that he is unqualified is simply unfounded. He may not be a “real designer,” whatever that means, but in hiring him as artistic director, nobody is expecting him to build a trunk. As Abloh notes in his interview with The New York Times, “Product is only one part of the luxury narrative.” Rather, LVMH executives likely are expecting him to reimagine the trunk and the rest of Louis Vuitton’s history for a new generation of mainly streetwear enthusiasts, and with his education and experience at Off-White, there is no better person for the job.

Anjli Patel is a fashion lawyer and trademark agent who assists local, emerging, and independent designers in commercializing their creativity and protecting their ideas. fashionlawyer.ca