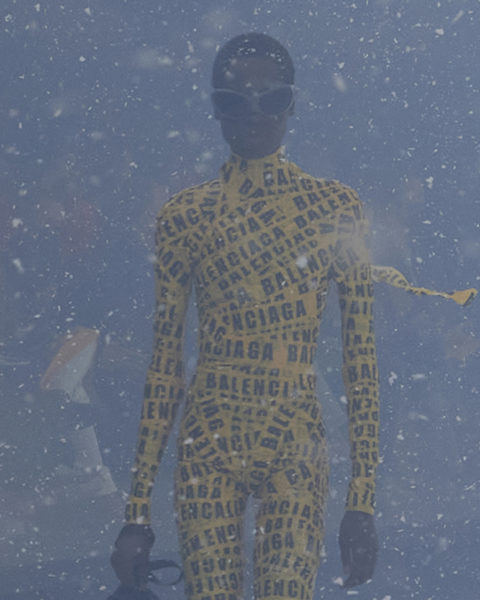 Everything You Need to Know About the Balenciaga Scandal

Balenciaga was accused of sexualizing children in two controversial ad campaigns — and the backlash has been swift.

This article was originally published on November 23, 2022. Below, FASHION outlines the developments that have taken place since the initial backlash.

Latest update: On December 2, creative director Demna addressed the controversial campaigns with a written statement posted to his Instagram account. “I want to personally apologize for the wrong artistic choice of concept for the gifting campaign with the kids and I take my responsibility,” he wrote. “It was inappropriate to have kids promote objects that had nothing to do with them.” He added that though he strives to create thought-provoking work, it was never his intention “to do that with such an awful subject as child abuse.” The designer said he needs to “learn from this” and noted Balenciaga’s commitment to taking steps “not only to avoid similar mistakes in the future but also to take accountability in protecting child welfare in every way we can.”

December 2: Balenciaga took to Instagram to announce that the brand will be dropping its $25 million lawsuit. Vogue notes the decision to no longer pursue litigation comes after widespread industry support towards North Six and Des Jardins. The statement reiterated Balenciaga’s apology, writing in part, “We want to learn, help and contribute to protect children.”

November 28: Balenciaga released another statement on Instagram, taking full responsibility for the holiday campaign and sharing details about the lawsuit for the spring 2023 campaign. “All the items included in this shooting were provided by third parties that confirmed in writing that these props were fake office documents,” the statement read. “They turned out to be real legal papers,” it continued. “The inclusion of these unapproved documents was the result of reckless negligence for which Balenciaga has filed a complaint.” The brand finished by listing an internal action plan, including “laying the groundwork with organizations who specialize in child protection and [aim to end] child abuse and exploitation.”

November 27: Kim Kardashian shared her thoughts on Balenciaga’s controversial campaign on Instagram Stories, writing in part, “I have been quiet for the past few days, not because I haven’t been disgusted and outraged by the recent Balenciaga campaigns, but because I wanted an opportunity to speak to their team to understand for myself how this could have happened.” The Skims founder and mother of four went on to say that she was “shaken” by the campaign’s “disturbing images” and continued: “The safety of children must be held with the highest regard and any attempts to normalize child abuse of any kind should have no place in our society — period.” Kardashian concluded by saying that while she believed the Balenciaga team understood the gravity of the situation, her future with the brand was unclear. “I am currently re-evaluating my relationship with the brand, basing it off their willingness to accept accountability for something that should have never happened to begin with,” she wrote.

November 25: Balenciaga initiated a $25 million lawsuit regarding the spring 2023 advertisement which features paperwork from a Supreme Court decision on child pornography laws. The complaint, which was filed by Balenciaga to the New York State Supreme Court, reportedly details legal action against North Six, the production company for the shoot, and Nicholas Des Jardins, the set designer for the shoot. According to The New York Times, the document claims that North Six and Des Jardins’ actions were “inexplicable,” adding that their “omissions were malevolent or, at the very least, extraordinarily reckless.” In response, a representative for Des Jardins told The Washington Post that the set designer is “being used as a scapegoat.”

FASHION’s original article about the Balenciaga scandal appears below.

Courting controversy is arguably what Balenciaga does best. In recent years, creative director Demna has built a reputation for stealing the world’s attention time after time with weird, unconventional and often downright startling marketing. And so far, it’s proven to be a pretty successful publicity strategy. But as viral backlash from Balenciaga’s latest campaigns intensifies, it appears this time, the brand has crossed the line.

On November 16, the label released a gifting campaign — shot by renowned photographer Gabriele Galimberti — which was meant to promote items on par with Balenciaga’s randomness, like studded dog bowls and candle holders shaped like beer cans. The accompanying photos, however, were received as anything but amusing. In the images, children are seen holding stuffed bears dressed in bondage gear like collars with locks, leather harnesses and fishnets. If that perceived implication of child sexualization wasn’t enough, a set of explicit props in another advertisement felt even more disturbing. In one photo from their spring 2023 campaign, released just five days later, a handbag is perched on a pile of paper, which reportedly includes documents referencing a U.S. Supreme Court case about child pornography.

The troubling visuals have proved to be one of Balenciaga’s biggest controversies in years, with calls to cancel the brand growing on social media. And instead of embracing conflict as they regularly would, the fashion house has moved to damage control. After removing the images from all platforms, Balenciaga took to Instagram Stories on November 22 to formally address the backlash. “We sincerely apologize for any offense our holiday campaign may have caused,” the statement read. “Our plush bear bags should not have been featured with children in this campaign.”

The fashion house went on to apologize for the “unsettling documents” in question. “We take this matter very seriously and are taking legal action against the parties responsible for creating the set and including unapproved items for our spring 23 campaign photoshoot,” the Balenciaga statement continued. “We strongly condemn abuse of children in any form. We stand for children safety and well-being.”

if balenciaga took this matter so seriously they never would’ve published that campaign or come up with the concept in the first place pic.twitter.com/2lb3ygE0XL

But despite pulling the campaign and apologizing, the world is not exactly ready to forgive and forget. In fact, the newly released statements have arguably sparked more outrage: some criticize the brand for deflecting responsibility, while others suggest the entire debacle is yet another outrage marketing scheme. “Do they think we’re stupid?” wrote fashion influencer Louis Pisano. “That campaign went [through multiple] people including DEMNA before it went out and here they are trying to scapegoat the ‘parties responsible.’”

As fallout grows, the prevailing response is more of a question: Could this really be an accident? After all, Balenciaga thrives off of carefully crafted chaos. The brand hosts fashion shows in unconventional environments like simulated snow storms, mud pits and the New York Stock Exchange. It has collaborated with entities like The Simpsons and Fortnite, while enlisting unexpected celebs for catwalk cameos. It regularly releases absurd designs, from “destroyed” sneakers to trash bag totes. In recent years, Balenciaga’s meme-worthy style has become so unpredictable that theories suggest the fashion house is, in and of itself, a social experiment. Through it all, Demna has been known to weave deeper meaning and critical commentary into each of his astonishing antics. All things considered, some feel it’s hard to believe a misstep like this is just an oversight.

TikTok fashion commentator Jasmine Darya (@jasminedarya) argues the Balenciaga holiday campaign is not an ignorant mistake, but a result of the brand’s quest for clickbait. “I feel like in the last few couple of years, they’ve really gone towards this ‘anything to get a headline’ mentality,” she said in a recent video. “When you start relying on headlines and cheap publicity to sell your clothes as a fashion brand, that’s when you’re too far gone,” she wrote in the caption. But even with this problematic promotional look, is Balenciaga actually cancellable? Is any brand?

Balenciaga is very much cancelled in my eyes, I don’t care what explanation they come up with. don’t mess with children

The thing is, in the world of fashion, social media outrage is reliably short-lived. Take Dolce & Gabbana. Despite having a track record of blatant misogyny, racism and homophobia, the Italian label has remained relatively unscathed, with seemingly unconditional support by A-list celebrities like the Kar-Jenners. And as chance would have it, Balenciaga, too, has star power on its side.

After reliably repping it over the past year, Kim Kardashian has basically become synonymous with the label. Despite calls for her to condemn this campaign, at the time of publishing, the beauty and shapewear mogul has stayed notably silent on the scandal, which is a statement in and of itself. We may never know whether the campaign was an intentional scheme or a tone-deaf blunder. But does the answer really matter? Despite how murky the ethics may be, it seems shock factor never goes out of style.