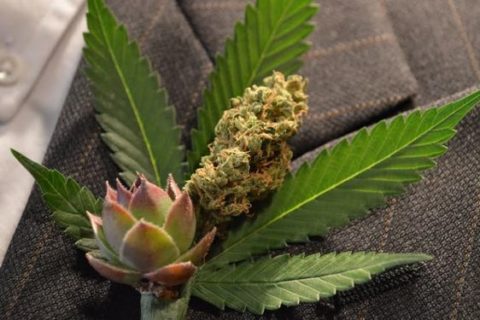 The Royal Wedding Will Have Its Own Unofficial Weed Strain

Meghan Markle and Prince Harry’s wedding is nearly here, and with the spectacle comes dress speculations, cake announcements—and a bunch of people trying to make a quick buck. The royal wedding has spawned all kinds of rogue, knock-off merchandise: a custom fragrance, decorative wooden spoons and Crown Jewel novelty condoms. (An “exclusive musical arrangement” of ‘God Save The Queen’ and ‘The Star Spangled Banner’ plays when you open the box!)

The latest—and perhaps strangest—off-brand souvenir? A cannabis strain from inside Markle’s own family. The princess-to-be’s nephew, Tyler Dooley, is developing a potent hybrid strain specifically for the happy couple’s big day—and it’s appropriately named “Markle’s Sparkle.” But no need to go call the Bobbies: marijuana might still be criminalized in England, but Dooley a licensed medical marijuana grower in Grant’s Pass, Oregon, a state where it’s legal for recreational use.

Dooley, like Justin Trudeau and I, did not receive an official invite to the royal ceremony. The 25-year-old hasn’t spoken with Markle in three years, and yet he feels confident that his aunt would have a progressive view on drugs: “Meghan grew up in California,” he told the Daily Mail, “and I am sure has an American view on pot.”

As for the other half of Royal Wedding 2.0… “Prince Harry enjoys a good party,” Markle’s nephew says. Which is totally true! Harry loves to party! While the rest of us spent our teenage years trying to hide any and all bad behaviour from our parents, 16-year-old Prince Harry was getting sent to rehab for admitting to drinking booze and getting high.

Should Markle and Prince Harry ever feel the need to venture to Oregon, Dooley explained he’d be more than happy to offer his future royal family a sample. Hmm a small town getaway with a few hits of Markle’s Sparkle…sounds like a pretty relaxing, post-royal wedding honeymoon, doesn’t it?