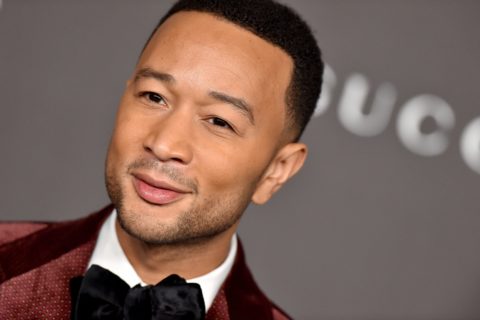 John Legend was named People's Sexiest Man Alive, Disney Plus made its debut and more...

John Legend was crowned People’s Sexiest Man Alive
Last year, musician John Legend became the first black man to reach EGOT status. The Emmy, Grammy, Oscar and Tony-award winner can now add another coveted title to his list of accolades: People’s Sexiest Man Alive. “I was excited, but I was a little scared at the same time because it’s a lot of pressure,” he told People in the magazine’s cover story. “Everyone’s going to be picking me apart to see if I’m sexy enough to hold this title. I’m [also] following Idris Elba, which is not fair and is not nice to me!” If there’s one person who’s understandably stoked about it though, it’s his wife Chrissy Teigen.

Disney Plus made its debut
After months of anticipation, Disney Plus made its debut this week with nearly 500 films and 7,500 episodes of television. Thanks to the Fox-Disney merger earlier this year, the streaming platform offers access to content from Disney, Pixar, Fox and National Geographic. Disney-owned Marvel films will leave Netflix to take up new residence on Disney Plus, which will carry all the Star Wars films as well. The subscription costs $8.99 a month or $89.99 a year.

*Cue the confetti and tears and fireworks* Start streaming #DisneyPlus now by signing up at DisneyPlus.com.

Jessie Reyez was named to Apple Music’s Up Next program
Toronto-based singer-songwriter Jessie Reyez is the first Canadian female to be named to Apple Music’s Up Next program, a monthly initiative geared towards identifying, showcasing and elevating rising talent around the globe. “Honestly, Apple is a giant—I’m working to be one—so I appreciate them putting me on their shoulders as the next Up Next artist,” Reyez said in a statement. In our October 2019 issue, we spotlighted the 28-year-old as one of the rising Canadian stars to watch out for. “With her stripped-down, almost-Winehousian sound, not to mention her deeply personal lyrics that confront issues of racism, misogyny and inequality, the Toronto-based singer is perfectly suited for our present moment: She’s authentic, grounded, frighteningly hard-working…and a mass of potential,” wrote FASHION features editor Greg Hudson.

Chrissy Teigen shared a sneak peek of her upcoming TV show
Earlier this week, in true Chrissy Teigen fashion, Chrissy Teigen did something she shouldn’t have. She shared a first look from her upcoming Quibi show, Chrissy’s Court. Just like Judge Judy, the reality show will see her presiding over small-claims cases and according to Variety, “the plaintiffs, defendants, and disputes are real — and Teigen’s rulings will be binding.” Streaming platform Quibi jokingly chastised her for revealing an early clip of the show and she responded: “I am v bad at secrets when I’m excited. honestly you’re lucky I didn’t post the whole episode.”

I am looking at rough cuts of “Chrissy’s Court” and it is somehow better than I could have ever, ever imagined. @quibi don’t be mad at me!! pic.twitter.com/gM0Hhp5bVU