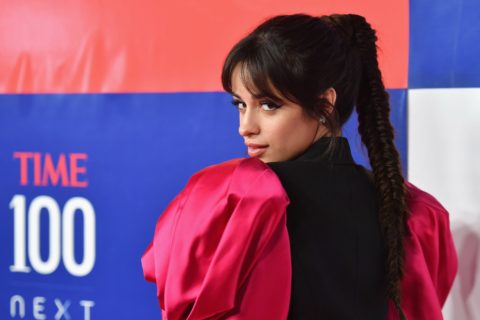 Lilly Singh, Adut Akech and Camila Cabello Have Been Named to the Inaugural TIME 100 Next List

The list "spotlights 100 rising stars who are shaping the future of business, entertainment, sports, politics, science, health and more."

TIME magazine’s annual 100 Most Influential People list has been around for fifteen years and with the exception of, ahem, some inflammatory heads of state, is viewed as a list that honours and celebrates people from various countries and industries making a positive impact in the world. This week, the magazine launched a new version of that list, focused more on up-and-comers than stalwarts.

Titled the TIME 100 Next list, this new round-up “spotlights 100 rising stars who are shaping the future of business, entertainment, sports, politics, science, health and more. Although this focus lends itself to a younger group, we intentionally had no age cap—a recognition that ascents can begin at any age.”

“In the spirit of the TIME 100, many of our TIME 100 Next profiles are written by more established influencers, including TIME 100 alumni—testament to the powerful ways that influence flows across and between generations,” notes the magazine. For example, the profile on Canadian YouTuber turned late night host Lilly Singh is written by Jimmy Fallon, host of The Tonight Show on NBC.

Honoured to be included in the @time 100 next list amongst so many other talented and inspirational people. Felt even cooler being nominated by the wonderful @jimmyfallon who not only gave me my late night debut but has been supportive ever since. #LateWithLilly is truly dependent on the support of my mentors and peers and I’m forever grateful to those who have taken a chance on me and bet on this show. Y’all are going on my list for real ones of 2019. I SEE YOU ❤️

“When Lilly Singh announced in March that she was getting her own NBC late-night show, the first thing I thought was … Oh God, it’s not my show, is it?,” writes Fallon. “But Lilly’s new gig is all hers—and she earned the hell out of it. I’ve been her fan for years, and I’m always amazed by how hard she works. She built an empire before she was 30 years old! That doesn’t happen without hustle. And even better, she did it by being herself.”

Promise I won’t take myself off this list. Thank you Time 100. @time

For a hit of motivation, check out all the inspiring honourees on this year’s list here.