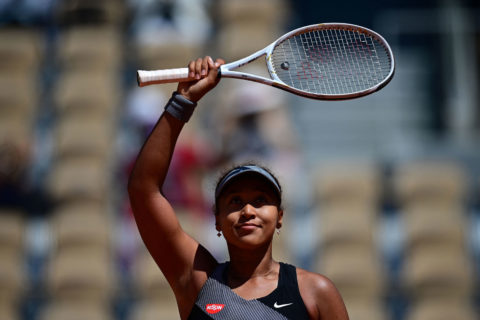 “I am not a natural public speaker and get huge waves of anxiety before I speak to the world’s media," she wrote in a statement.

Tennis star Naomi Osaka announced on May 31 that she was withdrawing from the French Open, an annual tennis tournament held over two weeks in Paris, France, to focus on her mental health.

Osaka had announced last week that she would not be participating in any press conferences during the French Open (also called Roland-Garros) for mental health reasons. “I’ve often felt that people have no regard for athletes’ mental health and this rings very true whenever I see a press conference or partake in one,” she wrote in her statement, adding that she hoped any fines she was charged for refuisng to speak with the press would go to a mental health charity.

The 23-year-old athlete was hit with a $15,000 fine by the Grand Slam tournaments, for not speaking to the media after her first-round match on May 30. Osaka then took to Twitter to announce her withdrawal from the tournament altogether, further opening up about her mental health struggles. She wrote that since winning her first Grand Slam title in 2018 at the U.S. Open, she’s “suffered long bouts of depression.”

“I am not a natural public speaker and get huge waves of anxiety before I speak to the world’s media. I get really nervous and find it stressful to always try to engage and give you the best answers I can,” the statement read in part.

The announcement was met with an outpouring of support for Osaka from public figures, including tennis legends Serena Williams and Martina Navratilova.

I am so sad about Naomi Osaka.I truly hope she will be ok. As athletes we are taught to take care of our body, and perhaps the mental & emotional aspect gets short shrift. This is about more than doing or not doing a press conference. Good luck Naomi- we are all pulling for you!

The situation has sparked a larger conversation surrounding the lack of mental health support for high-level athletes, especially those in the public eye. Aside from playing a stressful and competitive sport, players are then expected to give entertaining, quotable answers in news conferences that are replayed in front of the whole world. Osaka highlighted that this is harmful to athletes’ mental health, saying these rules are outdated.

“I’m gonna take some time away from the court now, but when the time is right I really want to work with the Tour to discuss ways we can make things better for the players, press and fans,” Osaka wrote.