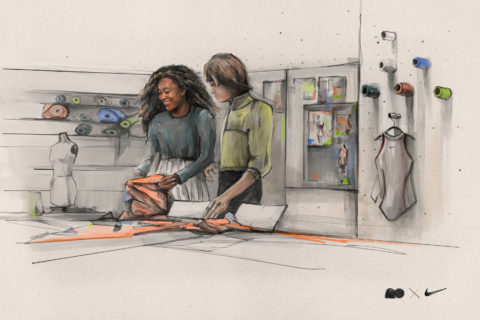 Serve up glam on (and off) the court with the NikeCourt Air Zoom GP Turbo Naomi Osaka.

In the athletic shoe world, Swarovski crystals rarely have a purpose. But Nike’s latest collaboration with Japanese-Haitian tennis star Naomi Osaka proves that sport can serve up some glam moments, too. The NikeCourt Air Zoom GP Turbo Naomi Osaka sneaker is now available globally at nike.com — and it’s embellished with Swarovski Crystals.

The shoe, designed by Nike and Osaka herself, is a statement on and off the court. “I like mixing design details in ways that I haven’t seen before,” said the four-time Grand Slam singles champion in a press release. “Swarovski crystals on a tie-dye material is an unexpected take on luxury that anyone can wear.”

The luxury in question sees the famed Nike swoosh — designed in the early ’70s by Carolyn Davidson — adorned with a colossal amount of the aforementioned Swarovski Crystal Fine Rocks. We’re talking thousands of double-pointed “chatons” arranged in the shape of the check. And why stop there? Osaka’s namesake logo is similarly enhanced with the stones on the back of the heels, while the very end of each shoelace aglet is trimmed with amethyst crystal. It’s discernibly glam.

Waves of a purple and blue tie-dye motif exude over the reinforced toe box — a feature that is implemented to brace the shoe through the rigours of sport — and the shoe’s responsiveness makes it a practical option for any level of sport. This blend of athletics and aesthetics is a testimony to Swarovski’s place as a crystal lifestyle brand. 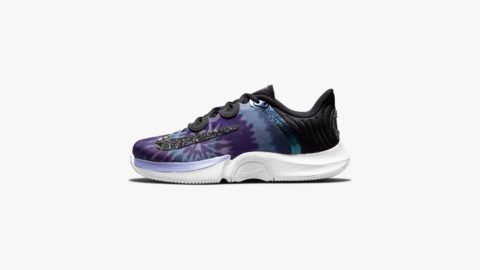 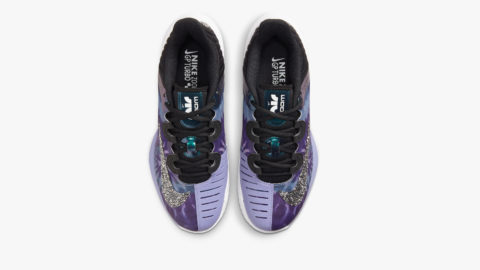 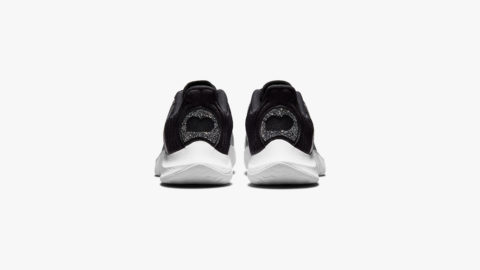 Osaka is no doubt one of the coolest moguls in tennis and a blazing force in fashion — she’s been tapped as a Louis Vuitton ambassador, was named a co-chair of this year’s Met Gala, graced the January 2021 cover of Vogue and launched a swimsuit collection with Frankies Bikinis at the beginning of May. And because she’s received a great deal of criticism from sports officials for choosing not to participate in press at this year’s Roland-Garros tennis tournament— as a means to protect her mental health — Osaka’s influence and prowess makes this shoe that much more important.

Imagery courtesy of Swarovski
Get the best of FASHION in your inbox Thanks for signing up!
The latest fashion, beauty and celeb news delivered right to your email #FASHIONforall Now, check your inbox to complete your subscription
We won’t ever use your email address for anything else
Want even more FASHION? Follow us on social media.