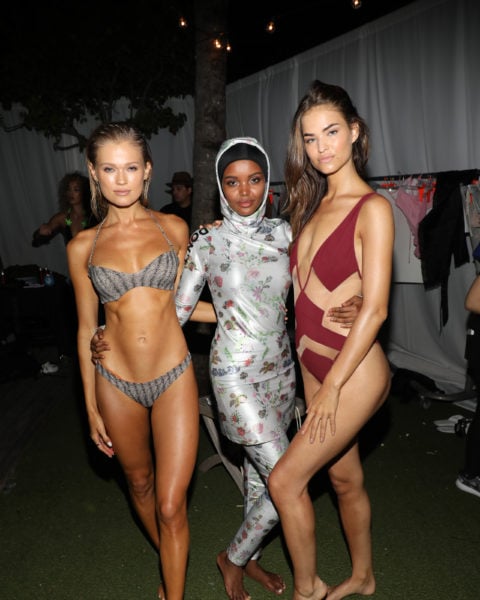 What Is a Burkini — and Why Has It Become Controversial?

When Aheda Zanetti, a Lebanese-Australian fashion designer, created the burkini for Muslim women in 2004, she probably didn’t expect it to continue making waves nearly 20 years later—for better and for worse. While women around the world are still discovering this modest and stylish way to feel confident at the pool or beach, the swimwear is still stirring debate.

Here’s what you need to know about the burkini:

What is a burkini?

If you keep up with fashion and the news, you’ve probably heard of the term burkini by now. The burkini is a combination of the words burqa (a modest outer garment that covers you up from head to toe) and bikini. Simply put, it’s a full-body swimsuit: modest, sleek and breathable. (With bonus UV protection!)

Zanetti designed it to give women a body-covering swimwear option that doesn’t require them to have to fumble with their own DIY outfits.

Of course, Muslim women have been going to the beach long before the burkini was invented, but their clothing options were limited. In the past, if you wanted to enjoy yourself in the sun, sand and sea, you would most likely have to make do with a baggy shirt and exercise leggings.

But since then, other designers have jumped on the burkini bandwagon and the concept has continued to grow and break ground alongside the broader modest fashion movement as “an expression of faith, fashion and defiance.”

Case in point: In 2019, Kenyan-American model Halima Aden became the first Muslim model to appear in a burkini in the daring Sports Illustrated swimsuit issue.

The burkini has also since been adopted by non-Muslim women. That might be surprising to some, but shouldn’t be if you consider it’s not actually a religious clothing item. When it comes to style, think of it as scuba suit takes the runway. Many burkinis are designed with flattering skirts, as well as detachable elements to cover your hair.

So, why are burkinis controversial?

Unfortunately, policing women’s bodies and what they choose to wear is nothing new. What was always meant to be a modest swimwear option is instead being seen as a political statement or even worse, a “threat.”  Recently, a Winnipeg woman and her two daughters were told they couldn’t enter the pool at Lilac Resort in Ste Anne, Man. because of what they were wearing. Halima Jelloul, her husband and children were approached by the owner who thought their outfits were streetwear, which is not allowed in the waterpark. He later apologized.

Unfortunately, similar scenes have played out across Canada and around the world. Due to ignorance and Islamophobia, many women have been targeted because of what they choose to wear at the beach or a swimming pool. France has a country-wide ban on burkinis and women in Italy can be fined up to 500 euros for wearing one.

“[People] have misunderstood the burkini swimsuit,” Zanetti told The New York Times in a 2016 interview. “Because the burkini swimsuit is freedom and happiness and lifestyle changes — you can’t take that away from a Muslim, or any other woman, that chooses to wear it.”