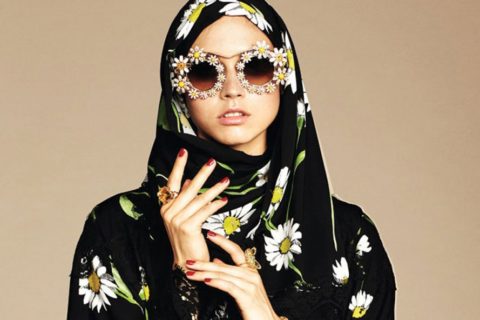 Modest Dressing as an Expression of Faith, Fashion and Defiance

As observant Muslim women face continued scrutiny for their dress, a wave of modesty appeared on the flesh-revealing Spring 2018 runways. One writer ponders how covering up became such a bold choice.

I have a recurring dream in which I realize I’ve left my house without my head scarf on. It’s jarring—I’m not sure where to duck or what to cover myself with. Everyone else walks by, seemingly oblivious, but I feel exposed and terribly uncomfortable.

So I can imagine the unease some women must have felt when Quebec passed Bill 62 in October 2017. Legally requiring women to uncover their faces when accessing any type of government service—and we’re not just talking about airport security but even when visiting the library or riding the bus—feels so archaic. We live in a time when women are being told they can do whatever and be whatever. But hold up: Who said you could cover up?

I don’t wear a niqab (which covers the entire face except for the eyes), but I’ve been wearing a hijab for more than a decade now. Often used to describe the head scarf that some Muslim women wear, “hijab” is actually an Arabic word that speaks to modesty in dressing and behaviour for women and men. And like most things in religion, it is interpreted in a number of different ways. Some women wear an abaya (a loose-fitting full-length dress) with a scarf covering their hair, neck and bosom, while others prefer to stay on-trend, favouring skinny jeans, tunic tops and turban-style head scarves.

Wearing a hijab was a decision I came to on my own. That’s key: It was, is and always will be my choice. (And isn’t freedom of choice the whole point of fem­inism?) The way I choose to clothe myself is a form of worship, yes, but it’s also an expression of my identity. It’s a physical embodiment of what I believe in, and that’s pretty powerful.

At times, wearing a hijab makes me feel defiant; it’s a clear indication that I don’t feel the need to conform. But that feeling can also be liberating. In a recent T Magazine article exploring the upsurge of modest dressing on the runway, writer Naomi Fry said that it “has the feel of a real dare.” I like that. I do like challenging people. I like breaking expectations. And I like that something that some people look down on can actually be seen as an act of courage.

That said, wearing a hijab has never been difficult for me. That’s largely because I live in Toronto and see so many versions of it on a daily basis. I can’t imagine what it feels like to be a girl in France, where wearing head scarves in state schools is banned; it must be humiliating to walk to school in your hijab only to have to remove it before being allowed to enter. (France also banned wearing the niqab nationwide and the burkini in approximately 30 municipalities.)

I am unwilling to question the intention of women in places fraught with dispute over the hijab and niqab. It may be an act of resistance, but I truly believe that these women, like myself, choose to wear these pieces to strengthen their connection to God. And I admire their courage.

Politics and religion aside, hijabi fashion is a thing. The recent increase in Muslim fashion bloggers is a testament to this. Based in the United Kingdom, 20-something Dina Torkia has an impressive 1.3 million followers on Instagram, and there are countless other hijabistas who offer tutorials on how to tie your head scarf and who share what’s on-trend and how to make it modesty-friendly. Another U.K.-based fashion blogger, Hana Tajima, collaborated with Uniqlo in 2015 on a modesty collection that appealed to the masses and continues to grow each season. And last October, a group of Muslim women in London put on the Modest Fashion Festival with Bentley as one of their top sponsors.

Dolce & Gabbana offers a collection of abayas in its signature floral prints and with lace embellishments. At the Spring 2018 shows, there was a floor-length turtleneck dress at Céline and billowy bohemian layers at Creatures of Comfort while Marc Jacobs (whose use of wool dreadlocks on a runway in 2016 was widely panned as being culturally inappropriate) paired mile-high turbans with voluminous flower-power separates that completely obscured the models’ frames. Gap and H&M have both featured hijab-clad models in their ads. And a welcome face on the runway is Halima Aden—the first hijabi model—who has walked for Yeezy in New York and Max Mara and Alberta Ferretti in Milan. She’s been featured on the covers of Vogue Arabia and Allure and is the face of the Nike Pro Hijab.

If mainstream fashion brands are taking notice, there must be relevance to modest dressing, right? It’s kind of cool to see how things are shifting, but the cynic in me wonders if it’s inclusivity or just a way to capture new consumers. (There’s no question that Dolce & Gabbana has identified a niche market that is the elite Middle East.) Perhaps it’s just a trend—a short-lived fad that will be gone before we even realize it.

For now, Aden is pragmatic about her relative success. In an interview with Financial Times, she said, “If what is happening to me is simply the fashion community making some sort of fleeting statement, then I am going to make that statement work as hard as it can.” She said she won’t consider herself a success until she sees more hijabis walking down the runway, and she recognizes that she is a token figure. But she wants to use this opportunity to give girls something she never had: the chance to see themselves positively represented in mainstream media.

And maybe when that happens, governments will cease to police what women wear—and I can once again sleep easy. 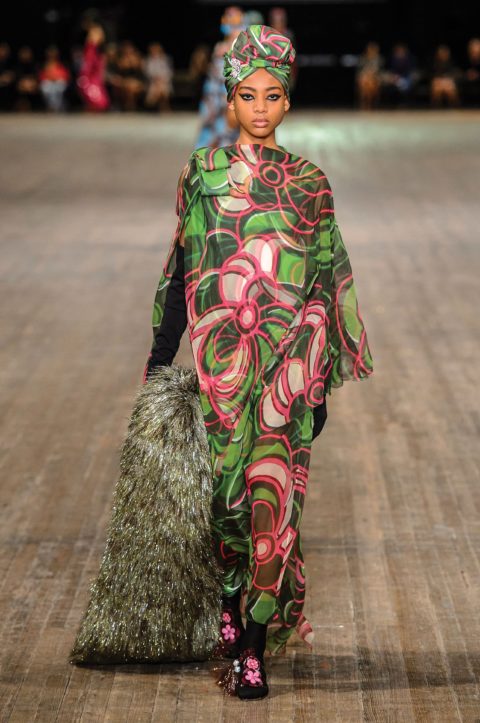 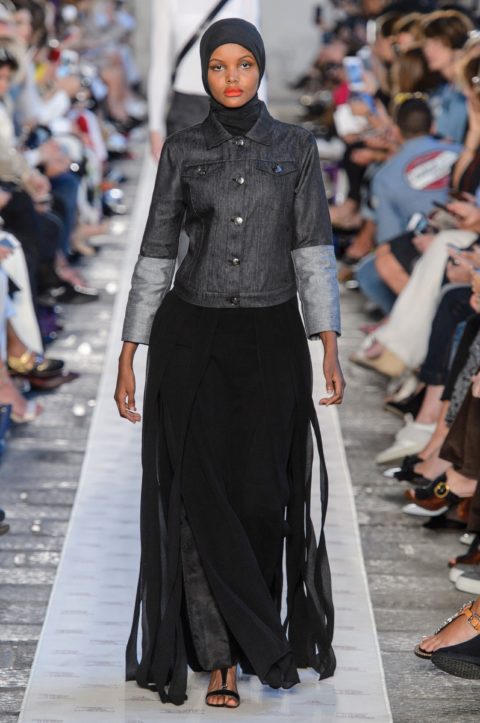 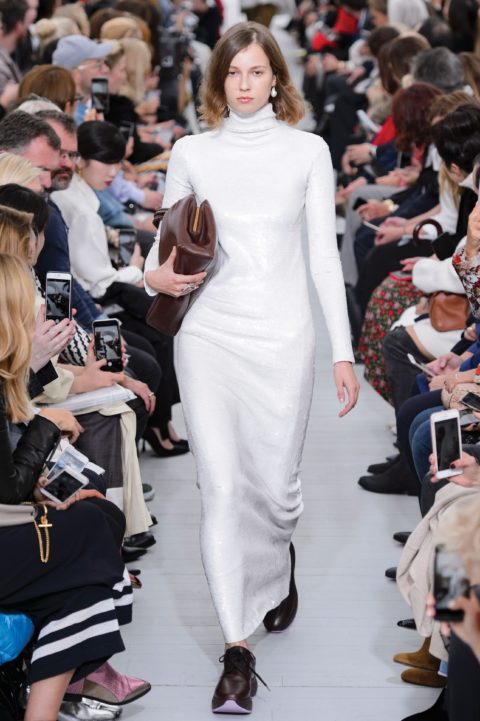