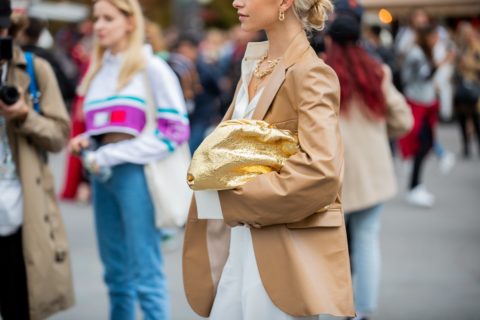 The Nominees for the Fashion Awards 2019 Have Been Revealed

It looks like we're in for an interesting year.

The nominees for the Fashion Awards 2019 have been revealed overnight ahead of the December 2nd ceremony at Royal Albert Hall.

It’s a big year for Bottega Veneta, which has come charging into the spotlight once again courtesy of designer Daniel Lee. Since joining the brand in June of last year, the young creative has reshaped the Italian luxury brand’s image, making it one of the most sought-after by fashion’s elite (Rihanna and Rosie HW are amongst its loyal fans). And Lee’s work is being recognized this year with three nominations: he himself is nominated for Accessories Designer of the Year (after all, The Pouch has become an “it” bag for the ages) and Designer of the Year whilst Bottega Veneta has been nominated for Brand of the Year. It will go up against heavyweights Gucci and Prada, as well as buzzworthy labels Loewe and Jacquemus in the latter category.

Dior Men’s Kim Jones, Gucci’s Alessandro Michele, Miuccia Prada and Jonathan Anderson (nominated for his work at both JW Anderson and Loewe) also appear in the Designer of the Year list.

The Model of the Year category is hotly contested with Kaia Gerber going up against Canadian Winnie Harlow, Adwoa Aboah, Adut Akech and Adesuwa Aighewi.

Rihanna is also nominated for the first time for her LVMH-owned luxury brand Fenty, which appears in the Urban Luxe category. It is nominated alongside Alyx, Marine Serre, Martine Rose and Moncler Genius.

It was announced earlier this year Naomi Campbell will receive the 2019 Fashion Icon award at this year’s ceremony and that Giorgio Armani is this year’s recipient of the Outstanding Achievement Award.

See below for the full list of nominees for the Fashion Awards 2019:

Accessories Designer of the Year

Brand of the Year

British Designer of the Year Menswear

British Designer of the Year Womenswear

Designer of the Year

Model of the Year