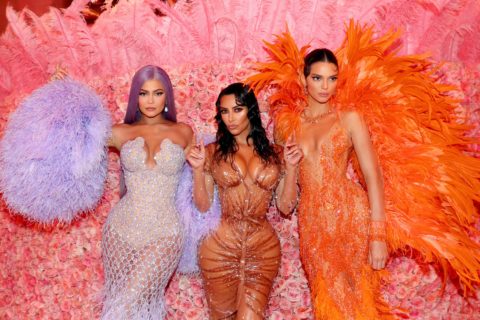 As of Friday, You’ll be Able to Shop Directly From the Kardashian-Jenner Family’s Closet

Just when you thought there could be no more business ventures to be explored by the Kardashian-Jenner family, they’re back with another: Kardashian Kloset.

Launching this Friday, Kardashian Kloset will give you the ability to shop directly from the family’s wardrobes. The new business was announced by Kris via Instagram who wrote, “For the first time you’ll be able to shop items directly from our closets,” accompanied by an image of designer names.

The first items posted to the Kardashian Kloset Instagram account include a Gucci handbag from Kris’ wardrobe, as well as a KITH x MSBHV two-piece bodysuit and neon orange combat boots from Off-White from Kylie’s. The sale officially launches at 12pm ET, Friday October 4.

Very little else is known about the business at this time, though, as reported by WWD, there may be a charitable component of some sort. Kim has previously sold items from her closet for various charities on eBay so this could follow suit.

The news come hot on the heels of Kylie’s latest makeup launch in collaboration with Balmain, and Kim’s recent expansion into shapewear. The latter proved to be incredibly successful with Kim raking in over $2 million within a matter of minutes of the launch. It also comes at a time when designer resale is having a major moment with consumers becoming increasingly savvy in regards to sustainability and the damaging effects of fast fashion. According to a 2018 report by ThredUp, the resale market will be worth USD$41 billion by 2022 with clothes, shoes and accessories accounting for 49 per cent of that total.

Stay tuned for more information on Kardashian Kloset. In the meantime, if you’re keen to get your hands on some designer pieces before Friday, Toronto’s VSP Consignment is selling more than 800 pieces from the Schitt’s Creek wardrobe tomorrow.

Photo by Kevin Tachman/MG19/Getty Images for The Met Museum/Vogue
Get the best of FASHION in your inbox Thanks for signing up!
The latest fashion, beauty and celeb news delivered right to your email #FASHIONforall Now, check your inbox to complete your subscription
We won’t ever use your email address for anything else
Want even more FASHION? Follow us on social media.