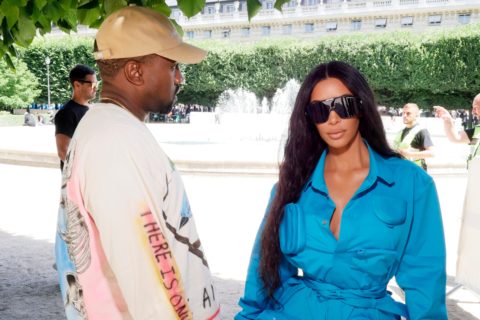 Yesterday, Kim Kardashian West’s highly anticipated (and publicized) shapewear solutions line, SKIMS, finally hit the market. And it turns out, a lot of people wanted in on the brand.

According to TMZ, the brand made more than $2 million within minutes of launch, with almost all pieces swiftly selling out. What’s even more impressive is that the site notes that the brand’s first-day sales are “unprecedented for shapewear and undergarment brands” with Spanx making $4 million it its first year on the market.

Hype had already reached fever pitch ahead of the launch, with Kim having to push back the go-live timing due to “overwhelming” demand. She wrote, “Due to overwhelming response, the enormous traffic in the last hour has created a tech issue with our site for launch.  Our teams are working now to resolve this issue… We want everyone to have the opportunity to purchase and have the best experience!”

The success of the line is no doubt a relief for Kim following the massive controversy around the label when it was first announced under its original name, KIMONO. The reality TV star-turned-businesswoman was accused of cultural appropriation and changed the name of the line as a result. However, in a summer interview with Cosmo, Kim did admit she was fairly confident in the line and what it would offer women, saying, “I know what I want in this area, and that’s not the case with every project I work on. I do get insecure and just ‘Oh, I hope you like it, I hope people understand this and it’ll translate.’ But this one, I’m like no, I got this. I know exactly how to make it comfortable and even a bit sexier.”

The brand restocked some of the items during the launch however many now appear on the website as having waitlists for the next drop. There are, however, still some pieces left in various sizes and colours (the line has been praised for its sizing and colour inclusivity, too) that you could get your hands on.

Photo by Swan Gallet/WWD/Shutterstock
Get the best of FASHION in your inbox Thanks for signing up!
The latest fashion, beauty and celeb news delivered right to your email #FASHIONforall Now, check your inbox to complete your subscription
We won’t ever use your email address for anything else
Want even more FASHION? Follow us on social media.