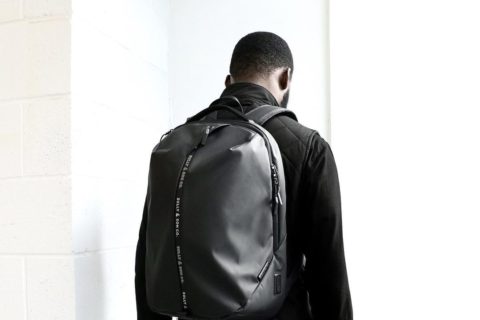 100 Black Canadian Designers Honoured With an Award of Excellence

This article was originally published on February 10, 2021.

Inclusion, representation and Black excellence are the cornerstones of celebrated designer George Sully’s newly announced initiative. In collaboration with his own foundation, Black Designers of Canada (BDC), Sully is set to acknowledge the triumphs of 100 Black Canadian designers from coast to coast with the Inaugural Black Designer Award of Excellence.

After successfully launching BDC, a digital index of Black Canadian fashion creatives, last summer — during a pandemic, no less — Sully will be extending the index’s reach to commend the strength, motivation and commitment it takes for Black designers to be recognized in the country. Criteria for the win includes exceptional social media platforms, website, brand representation, website, among others.

“There is a commonality shared by all recipients of this award, often having to work twice as hard for less than what’s been offered to others,” Sully said in a press release. “It has invigorated the community to do better and stand out as unique designers. That builds excellence.”

He continued: “Any Black Canadian designer who has survived designing in the face of these obstacles, including systemic racism, has earned a level of recognition that this award exemplifies.”

Winners, announced on February 24, will take home a hand-crafted glass engraved award — a symbol of resilience and relentless enthusiasm in the face of adversity.

As an FGI 2020 Visionary Award Recipient and two-time Bata Shoe Museum Inductee, Sully is a staple in the Canadian fashion world. He’s spearheaded the creation of brands like Sully Wong, House of Hayla and Sully & Son Co., but his talents have reached far beyond our closets, too — he even designed the Starfleet Boot for CBS’s Star Trek Discovery.

The first of its kind in Canada, BDC is a comprehensive index of Black Canadian designers — in the areas of fashion and interior design — in the fashion world, and acts as a platform to give voice to the community and doing away with exclusion. Inspired by his own struggle to make himself known in the Canadian fashion industry, Sully is using his own platform to lift others up.

Nominations can be submitted at blackdesignersofcanada.com.

(Photography: @realgeorgesully/Instagram)
Get the best of FASHION in your inbox Thanks for signing up!
The latest fashion, beauty and celeb news delivered right to your email #FASHIONforall Now, check your inbox to complete your subscription
We won’t ever use your email address for anything else
Want even more FASHION? Follow us on social media.