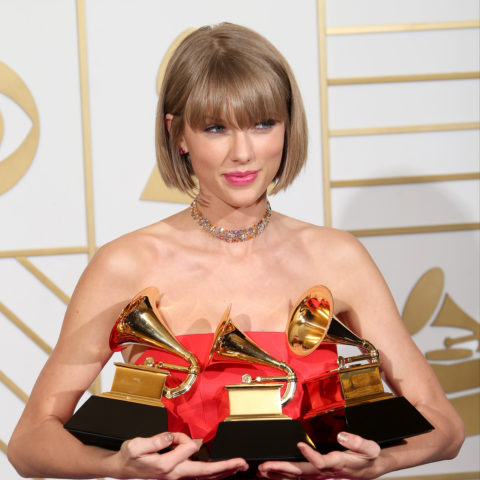 Will the "All Too Well" singer be re-releasing another iconic album this month?

The first time I heard 1989 by Taylor Swift, I was still a teenager and my world felt like it was about to change forever. It’s only been eight years since the album’s release and yet it feels like it happened in another lifetime.

Back then, in 2014, Spotify wasn’t really on my radar and Apple Music didn’t even exist. Plus, as a major Swifite, I wasn’t about to just buy the album off iTunes — I needed the 19-track deluxe CD (featuring extra songs and voice memos, with Polaroid pictures inside). If I’m honest, I was slightly embarrassed to be such a super fan. I scurried out of class on October 27 that year not telling a soul that I was headed straight to Target (remember when we had those in Canada?) to pick up my copy. Hearing it play for the first time later that afternoon from my parent’s stereo system solidified something I had always known: Taylor Swift is a musical genius.

So, naturally, when Swift began to release re-recordings of her first six albums last year, I knew that 1989 (Taylor’s Version) would be a pretty nostalgic moment for me. And I think that moment is drawing near.

The singer isn’t releasing re-recorded versions of her old albums in any particular order, but she does have a penchant for hiding clues about her new music. Ahead of dropping Fearless (Taylor’s Version) in April 2021, Swift cleverly revealed the release date by sharing a letter with her fans in which a handful of randomly capitalized letters spelled out April Ninth. Then, for Red (Taylor’s Version), Swift shared red heart emojis and lyrics from the album in random tweets before the album finally dropped in November 2021.

So, which record can we expect next? It would seem eagle-eyed fans are somewhat divided.

In September of last year, Taylor Swift re-released the 1989 favourite “Wildest Dreams.” And just last week, she dropped “This Love (Taylor’s Version),” also from 1989. But to make matters more complicated, Swift is now selling merchandise for both 1989 and Speak Now on her online store.

Every week, a new theory circulates on TikTok. But ever since the Fearless (Taylor’s Version) CD was put up for sale for $19.89 and last year’s “All Too Well” short film featured a 1989 Maserati, Swifties have felt more confident in 1989 being the next release. There’s no doubt that 1989 (Taylor’s Version) will be a huge moment for both Swift and her fans — especially those whose formative years were spent memorizing every lyric (ahem).

Named after her birth year, symbolizing the rebirth of her artistry, 1989 marked a shift in Taylor Swift’s music and image from country to pop. It’s the album that solidified her as one of the most influential musicians of her generation and had her on the cover of every major magazine (including FASHION!). In fact, the year it was released, she became the first artist to sell over one million copies of a single album, and it remains her highest grossing record to date. At that time, she praised the single life in interviews and was pictured smiling on the streets of NYC with her hair cut into a fantastic lob. It seemed like Swift was at the height of her career.

It was also during this time that she started to push back against the criticism she often received about her life and music (i.e., that she was a serial dater who weaponized her lyrics against former lovers). She used the music video for the album’s second single “Blank Space” as the chance to parody the boy-crazy woman the media had made her out to be.

And all her hard work paid off: 1989 went straight to the number one spot on the Billboard charts and won numerous awards (including Album of the Year at the Grammys). She subsequently went on a sold-out world tour through 2015.

But, after the dust settled on 1989, the singer’s public persona took a swift turn for the worse. By the end of 2015, people had begun to take notice of her friend group (aka “the squad”) that consisted mainly of other famous, tall, thin white women. At the time, she was made out to be a mean girl; the leader of a clique whose members were not only exclusive in terms of beauty and fame but also seemed to lack self-awareness.

Then, in the summer of 2016, after she split with Calvin Harris, Swift’s longstanding feud with Kanye West came to a head and, well, we all remember the infamous Kim Kardashian phone leak. By 2017, her legal battles with Scooter Braun and Big Machine Records had begun.

Taylor Swift reflects on the years following the release of 1989 in her 2017 album reputation. It was in this album that she declared the old Taylor as “dead,” again attempting to take her life’s narrative back into her own hands. She later gave us more insight into her personal life in her 2020 documentary Miss Americana, when she revealed she was struggling with an eating disorder throughout the 1989 era.

One can only imagine what it must feel like for Swift to relive the years she has said almost broke her. After dropping “This Love (Taylor’s Version)” — the only song from 1989 that credits Swift as the only writer — it’s no doubt that the pop-star has some tricks up her sleeves. Once a song that slipped away from the public’s radar, it’s clear that Swift is in control of its longevity this time around. Singing lines like “This love is good, this love is bad, this love is alive back from the dead” with her whispery voice over an ’80s-style synth track makes me feel like maybe the old Taylor is finally back from the dead. And I can’t wait to see what she does next.

2016 Grammys. Photography courtesy of Getty Images
Get the best of FASHION in your inbox Thanks for signing up!
The latest fashion, beauty and celeb news delivered right to your email #FASHIONforall Now, check your inbox to complete your subscription
We won’t ever use your email address for anything else
Want even more FASHION? Follow us on social media.