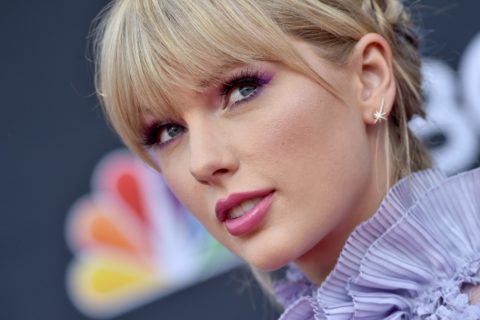 It's all getting *very* messy.

Update (11/22): Scooter Braun has publicly addressed Taylor Swift after becoming concerned for his family’s safety following death threats. In an open letter on Instagram, Braun begged the Grammy Award winner to have an ‘open discussion’ with him, adding that he has not heard from her or her team in the wake of being notified of the threats four days ago. “This morning I spoke out publicly for the first time saying I wouldn’t participate in a social media war. However I came home tonight to find my wife had receieved a phone call threatening the safety of our children as well as other threats seen above,” he wrote. “I assume this was not your intention but it is important that you understand that your words carry a tremendous amount of weight and that your message can be interpreted by some in different ways.”

In the lengthy note, Braun also writes that he has tried unsuccessfully to get Taylor to the table for an ‘open discussion’. “It almost feels as if you have no interest in ever resolving the conflict,” he wrote, later adding, “Many have told me that a meeting will never happen as this is not about truth or resolution but instead a narrative for you.” The music manager also says he has not blocked Swift from performing her songs at the AMA and would not.

He finishes the note saying, “I’m right here, ready to speak directly and respectfully. But if you would prefer to make large public statements while refusing to work towards resolving things amicably then I just pray that nobody gets seriously hurt in the meantime.”

Update (11/19): Taylor Swift’s former label Big Machine shared a statement with NPR saying they had reached a licensing agreement with the producers of the American Music Awards that would allow Taylor Swift to perform her old songs at the show this Sunday, November 24th. However, a few hours later, Dick Clark Productions—producers of the AMAs—rejected Big Machine’s statement, saying: “At no time did Dick Clark Productions agree to, create, authorize or distribute a statement in partnership with Big Machine Label Group regarding Taylor Swift’s performance at the 2019 American Music Awards. Any final agreement on this matter needs to be made directly with Taylor Swift’s management team. We have no further comment.” Stay tuned for more updates.

Back in June, it was revealed that Swift’s entire musical catalogue – from her first album all the way through to 2017’s Reputation – had been purchased by Borchetta and Braun at Big Machine Records. At the time, the Love Story singer said she hadn’t been made aware that her back catalogue was up for sale, indicating that had she have been aware, she herself would have purchased it.

Last night Swift posted a long essay to her Instagram Stories telling fans that the American Music Awards are honouring her with the Artist of the Decade award at this year’s ceremony. “I’ve been planning to perform a medley of my hits throughout the decade on the show,” she wrote. “Scott Borchetta and Scooter Braun have now said that I’m not allowed to perform my old songs on television because they claim that would be re-recording my music before I’m allowed to next year.”

Swift also revealed that a Netflix special is in the works, but is facing similar difficulties in regards to the rights for her music. “Additionally — and this isn’t the way I had planned on telling you this news — Netflix has created a documentary about my life for the past few years. Scott and Scooter have declined the use of my older music of performance footage for this project, even though there is no mention of either of them or Big Machine Records anywhere in the film.”

The Grammy Award winner also said that Borchetta had tried to make a deal with her on his own terms. “Scott Borchetta told my team that they’ll allow me to use my music only if I do these things: If I agree to not re-record copycat versions of my songs next year (which is something I’m both legally allowed to do and looking forward to) and also told my team that I need to stop talking about him and Scooter Braun.”

The post finished with Swift calling the situation “wrong” and adding, “The message being sent to me is very clear. Basically, be a good little girl and shut up. Or you’ll be punished.”

Swift implored the artists currently under Braun’s management (which includes Justin Bieber, Demi Lovato and Ariana Grande) to talk to Borchetta and Braun, and her fans to encourage the artists to do so. “I’m hoping that maybe they can talk some sense into the men who are exercising tyrannical control over someone who just wants to play the music she wrote.”

Don’t know what else to do pic.twitter.com/1uBrXwviTS

Soon after the post, #IStandWithTaylor became the top trending hashtag on Twitter, with the likes of Gigi Hadid, Selena Gomez, Halsey, Sarah Bareilles and Lilly Allen tweeting their support for the star. Panic at the Disco’s Brendan Urie (who collaborated with Swift on her recent single Me!) was particularly animated in his response, writing, “Scooter Braun s**t, like what a piece of s**t, right? You guys know about this dude? It just like broke my heart, I read Taylor’s statement and I was like, ‘That sounds about right.’ Toxic dudes doing toxic bulls**t in this toxic industry.”

Interestingly, Shawn Mendes came under fire from fans for not sharing his support on social media. After posting a photo of girlfriend Camila Cabello, fans were quick to share their disappointment that the Canadian performer, who recently collaborated with Taylor on a remix of her song Lover and was the opening act on her 1989 world tour, had not defended the star online in the wake of the post.

Big Machine issued a lengthy public response to Taylor overnight, writing, ““As Taylor Swift’s partner for over a decade, we were shocked to see her Tumblr statements yesterday based on false information. At no point did we say Taylor could not perform on the AMAs or block her Netflix special. In fact, we do not have the right to keep her from performing live anywhere. Since Taylor’s decision to leave Big Machine last fall, we have continued to honour all of her requests to license her catalog to third parties as she promotes her current record, in which we do not financially participate.”

The statement then alleged that Swift owes the company millions of dollars and assets, adding that they have “worked diligently to have a conversation about these matters” with Taylor and her team and had “started to see progress over the past two weeks and were optimistic as recently as yesterday that this might get resolved.” It then goes on to say, “However, despite our persistent efforts to find a private and mutually satisfactory solution, Taylor made a unilateral decision last night to enlist her fanbase in a calculated manner that greatly affects the safety of our employees and their families. Taylor, the narrative you have created does not exist. All we ask is to have a direct and honest conversation. When that happens, you will see there is nothing but respect, kindness and support waiting for you on the other side. To date, not one of the invitations to speak with us and work through this has been accepted. Rumours fester in the absence of communication. Let’s not have that continue here. We share the collective goal of giving your fans the entertainment they both want and deserve.”