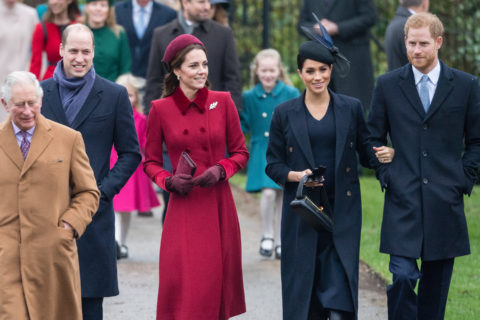 And stressed that it is not an unprecedented move

After rampant speculation in recent weeks, it has been confirmed today that Prince Harry and Meghan Markle will not spend Christmas in London but rather travel to the US to spend the holidays with the Duchess’ mother, Doria Ragland.

In an official statement, Buckingham Palace explained, “The Duke and Duchess of Sussex are looking forward to extended family time towards the end of this month. Having spent the last two Christmases at Sandringham, Their Royal Highnesses will spend the holiday this year, as a new family, with the Duchess’ mother Doria Ragland.” Interestingly, the statement finished by saying, “This decision is in line with precedent set previously by other members of the royal family, and has the support of Her Majesty The Queen.”

As noted by People, Kate and William opted out of Christmas at Sandringham in 2016 to spend the holidays with Kate’s family.

It is likely that the Palace included the final sentence to pre-empt the inevitable backlash the announcement will garner in the British press. It’s no secret that the Sussex’s are struggling with the negative press directed at their family on a daily basis. However the pair, in particular Meghan, has found support in a variety of public figures.

This week alone, Meghan’s best friend Serena Williams described the Duchess as “literally the strongest person I know,” adding that she’s an “amazing person” who always makes time for her friends. Plus, former US presidential candidate Hillary Clinton expressed her wish to give Meghan a hug, saying, “I feel as a mother I just want to put my arms around her. Oh my God, I want to hug her! I want to tell her to hang in there, don’t let those bad guys get you down. Keep going, do what you think is right.”

Photo by Samir Hussein/Samir Hussein/WireImage
Get the best of FASHION in your inbox Thanks for signing up!
The latest fashion, beauty and celeb news delivered right to your email #FASHIONforall Now, check your inbox to complete your subscription
We won’t ever use your email address for anything else
Want even more FASHION? Follow us on social media.