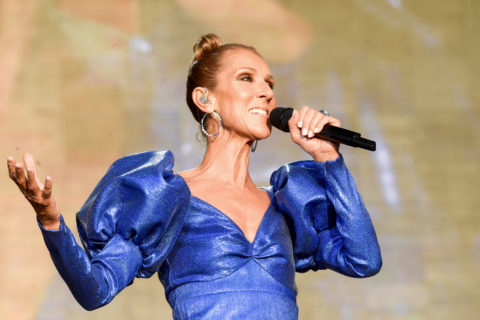 “We want to highlight the gravity of this historical, unprecedented cultural movement... and we want to celebrate and encourage the power of the human spirit."

Update: Global Citizen has announced a second round of artists participating in its “One World: Together At Home” musical event this week. The global broadcast, which will be live-streamed and televised at 8pm EST on April 18, already had an impressive lineup that included Lady Gaga, Billie Eilish, Lizzo, Elton John and John Legend. The latest stars to join the party—celebrating healthcare workers and supporting the World Health Organization in the fight against COVID-19—are Taylor Swift, Celine Dion, Shawn Mendes, Camila Cabello, Jennifer Lopez, Alicia Keys, Sam Smith, Usher and Pharrell Williams.

Celebrities like Oprah Winfrey, Ellen DeGeneres, Lilly Singh, Awkwafina, Amy Poehler, and David and Victoria Beckham are also scheduled to make an appearance during the event. In addition to the actual two-hour concert, Global Citizen has announced a six-hour streaming event preceding the televised special, with about 80 participating singers and actors.

Original (04/07/20): Over the past few weeks we’ve been getting a lot of free content from celebrities around the world, who are at home and as in need of entertainment and creative output as the rest of us. Leave it to Lady Gaga to take the live broadcasts a step further by curating a massive benefit concert in support of the World Health Organization (WHO), bringing together some of the biggest names in the world for a one-night-only event.

The WHO has teamed up with Global Citizen to produce the event, called One World: Together at Home, in support of the WHO’s COVID-19 Solidarity Response Fund and in celebration of frontline workers around the world. The benefit concert also aims to support local and regional charities around the world that provide food, shelter and healthcare to those that need help most. The lineup includes Lady Gaga, Billie Eilish and her brother Finneas, Lizzo, Stevie Wonder, Paul McCartney, Alanis Morissette, Chris Martin of Coldplay, Elton John, John Legend, Kacey Musgraves, Keith Urban and more. Late night talk show hosts Jimmy Fallon, Jimmy Kimmel and Stephen Colbert will host the event, which broadcasts live at 8pm EST on 18 April.

In a live-streamed WHO press conference, Lady Gaga referred to the concert as a moment “to serve as a source of unity and encouragement in the global fight to end COVID-19.” She also added that the live broadcast itself was not meant to be a fundraiser, urging philanthropists and businesses to donate to the COVID-19 Solidarity Response Fund ahead of the event. They have so far raised $35m from donations by philanthropists and corporate partners. “We all wanted to raise the money before we went on air so when we do air live on April 18, put your wallets away, put your credit cards away, and sit back and enjoy the show that you all very much deserve.”

Lady Gaga joined the WHO coronavirus briefing to announce the "One World: Together at Home" virtual benefit concert on April 18 "to serve as a source of unity and encouragement in the global fight to end Covid-19" pic.twitter.com/mjpstxuXJ4

“We want to highlight the gravity of this historical, unprecedented cultural movement… and we want to celebrate and encourage the power of the human spirit,” Gaga added.

The special will be broadcast live on April 18 at 8pm EST on ABC, NBC, CBS and iHeartMedia in the US, as well as on Bell Media networks and platforms in Canada. The virtual broadcast will also stream on Alibaba, Amazon Prime Video, Apple, Facebook, Instagram, LiveXLive, Tencent, Tencent Music Entertainment Group, TIDAL, TuneIn, Twitch, Twitter, Yahoo, and YouTube.