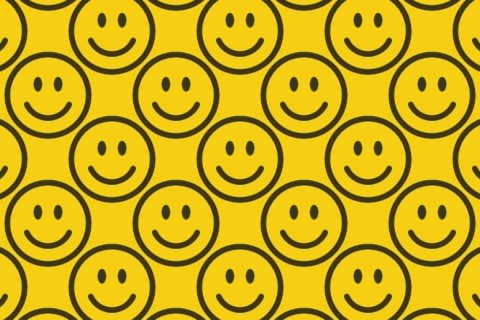 In the Age of Anger, Racism and Isolationism, Has Kindness Become Cool?

When Meghan Markle took to the stage in a surprise appearance at the British Fashion Awards last winter, she prefaced her pronouncement of Clare Waight Keller as Womenswear Designer of the Year by saying: “I recently read an article that said, ‘The culture of fashion has shifted from one where it was cool to be cruel to now, where it’s cool to be kind.’ To that point, I feel especially proud to announce tonight’s winner, who, yes, is a British designer leading on the global stage with vision and creativity but also with incredible kindness.”

At what point did “kind” become the new “cool”? Probably around the same time that it became cool to care, which, depending on where you live and what your values are, could have been during any of these critical junctures of our recent history: the United Kingdom deciding to pull out of the European Union, Trump getting elected as president of the United States, women marching for equality on every continent on the planet, the Rohingyas facing certain death and persecution in Myanmar, Harvey Weinstein unwittingly sparking a global reckoning over sexual harassment or new scientific reports revealing the even-bleaker-than-we-thought future of our planet (a sombre reality that the election of a climate-change-denying president in Brazil didn’t help assuage).

It’s been a rough few years. And in light of these catastrophes unfolding in rapid succession, we had no choice but to react. With passivity no longer an option, people rapidly turned into autodidacts.

Phew! It’s been a rough few years. And in light of these catastrophes unfolding in rapid succession, we had no choice but to react. With passivity no longer an option, people rapidly turned into autodidacts (the better to win arguments with strangers online, but still…). Everyone you met—online and IRL—seemed to be poring over think pieces, op-eds and reportage, trying to make sense of the muddled world we found ourselves living in. The more we learned, the more we began to care and the less patience we had with people who didn’t seem to. We were shocked—stunned—into thinking outside of ourselves, and a newfound wokeness took hold. We began caring about everything—the brands we patronized, the television shows we watched, the humour we encouraged and the way we interacted with our fellow human beings. While the election of a certain orange-tinted leader did fracture civil discourse for a while, seeing the ripple effects of his rancour and hatred eventually drove home a fundamental realization: Without kindness, there is no hope.

Nearly a dozen books on kindness were published between 2017 and 2019, including The Kindness Method by Shahroo Izadi and The Little Book of Kindness by Bernadette Russell. A recent spate of upbeat fiction such as The Keeper of Lost Things and Eleanor Oliphant Is Completely Fine prompted journalist Hannah Beckerman to note for The Guardian that “branded “up lit” by publishers, novels of kindness and compassion are making their mark on bestseller lists.”

While the election of a certain orange-tinted leader did fracture civil discourse for a while, seeing the ripple effects of his rancour and hatred eventually drove home a fundamental realization: Without kindness, there is no hope.

We’ve also seen a rise in feel-good television shows like Schitt’s Creek, The Marvelous Mrs. Maisel and The Good Place as well as films like Won’t You Be My Neighbor?, Wonder and Mary Poppins Returns. As David Ehrlich, senior film critic at IndieWire, noted in the summer of 2018, “Liberated from the film school dictum that movies are fuelled by the chemical reaction between conflict and resolution, this new wave of nicecore cinema argues that kindness can be a transformative force unto itself.”

In a veiled response to the Trumps and Farages of the world, political leaders like French president Emmanuel Macron and New Zealand prime minister Jacinda Ardern began issuing calls for grace and solidarity in their public addresses. In her first speech to the United Nations, Ardern—newborn in tow—said, “In the face of isolationism, protectionism and racism, the simple concept of looking outwardly and beyond ourselves, of kindness and collectivism, might just be as good a starting point as any.”

“In the face of isolationism, protectionism and racism, the simple concept of looking outwardly and beyond ourselves, of kindness and collectivism, might just be as good a starting point as any.”

In my view, though, caring for ourselves is just as vital as caring for others. And it’s something we, as a collective, seem to have recently realized. How else do you explain the rise of the self-care empire, which preaches nothing if not kindness toward oneself?

In fashion, too, there has been a shift to a more thoughtful, considered style of dressing. IDGAF streetwear may have defined the sartorial mood of recent years—emblematic of a youth culture that was too disconnected from the broader zeitgeist to care about anything other than its own particular subculture or community—but fast-forward a few seasons and we’ve got an entirely different sensibility playing out on runways around the world. Look no further than Waight Keller, who designed modest gender-non-conforming pieces for Givenchy’s Spring 2019 collection; Erdem Moralioglu, who championed self-expression and gender self-identification in his; Valentino’s Pierpaolo Piccioli, who was also inspired by the pursuit of freedom of expression; and Sarah Burton’s celebration of sisterhood and female empowerment for Alexander McQueen. What these designers have shown us through their work is both an acute awareness of the world around them—one in which these very rights and freedoms are being trampled—and a celebration of the forces they hope to see triumph.

By contrast, designers Thom Browne and Hedi Slimane received a frosty response for what many viewed as a tone-deaf obliviousness to the realities of today. Browne sent his models hobbling down the runway in almost-cruel vertiginous heels, their faces muzzled with Hannibal Lecter masks and their arms straitjacketed by their sides—a flippant shackling of women that came off embarrassingly counterintuitive to the mood of the moment. And Slimane, who replaced Phoebe Philo at a label beloved for its practical feminism, delivered a collection awash with a myopic male view of “sexy”: sequined baby-doll dresses, miniskirts and shrunken leather jackets. “Two years ago, when Mr. Slimane departed fashion, the world was a different place,” wrote Vanessa Friedman in The New York Times. “Women were different. Hell, they were different a few days ago. They have moved on. But he has not.”

“Two years ago, when Mr. Slimane departed fashion, the world was a different place. Women were different. Hell, they were different a few days ago. They have moved on. But he has not.”

Granted, it’s not that Slimane’s clothes were unkind, but they exhibited a lack of awareness of the ways in which the world has shifted—the way we’ve all grown up. In 2019, women don’t want to look like petulant girls at a nightclub; they want to dress like intelligent, engaged, compassionate citizens of the world. It’s a pivot being met with a degree of surprise, welcome as it might be: Vogue’s chief critic Sarah Mower couldn’t say enough good things about the “artistically posh” collection Dries Van Noten put forth this season, one she predicts will be a hit with the “grown-ups.”

But how long will it last? Implicit in deeming anything “cool,” after all, is the inevitability of its own irrelevance. What’s cool today won’t be in a month or a season or a year. Indeed, the backlash to kindness has already begun. We saw it in the response to a Gillette ad urging men to be, you know, the best that they can be; we’re seeing it in the way comedians like Louis C.K. are mocking people who choose their own gender pronouns or the way progressives are called “bleeding heart liberals” for caring about, well, anything. So will kindness soon go the way of low-rise jeans or has it become ingrained in how we define ourselves?

Implicit in deeming anything “cool,” after all, is the inevitability of its own irrelevance. What’s cool today won’t be in a month or a season or a year.

“Kindness covers all of my political beliefs,” the late film critic Roger Ebert once wrote. Quoting him in a 2013 speech, Barack Obama said, “When I think about what I’m fighting for—what gets me up every single day—that captures it just about as much as anything.”