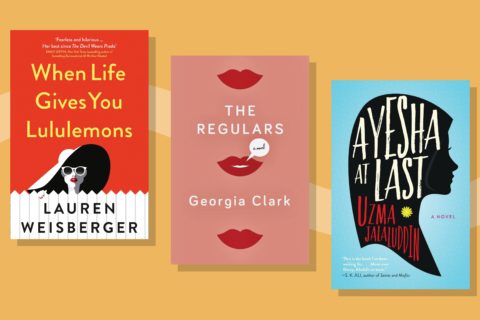 It’s the Return of Chick Lit–But Did the 90’s Most Divisive Genre Ever Go Anywhere?

By the time I reached university, I knew the acceptable answer to “Who’s your favourite author?” should under no circumstances be “Sophie Kinsella.” Despite her back catalogue of New York Times bestsellers—including the insanely successful Confessions of a Shopaholic series—it wasn’t prudent to cite as your scribe of choice a pretty young woman who wrote mostly about pretty young women and their dalliances with men, shoes and career chaos. Not if you wanted to be taken seriously, that is.

No, you were much better off citing Noam Chomsky, Kurt Vonnegut or, hell, even Stephen King. Chick lit, the sort of novels Kinsella wrote, were for silly women: the type who can’t exercise a modicum of self-restraint when in driving distance of an end-of-season sale. When Emily Giffin’s first novel, Something Borrowed, hit stores in 2005, with that giant engagement ring and cutesy lowercase typeface on its pastel pink cover, I steered clear of it like it was a bottle of birthday-cake vodka. When Giffin was heralded as one of the biggest chick lit novelists of all time by everyone from The New York Times (in the Style section, naturally) to Buzzfeed, my stance was quietly reaffirmed.

“I’ve always dealt with nuanced relationship issues and the messiness of life. If a man wrote the same stories, it wouldn’t be called chick lit.”

“I’ve never written chick lit,” declares Giffin when I speak with her over the phone. “My characters aren’t sitting in swanky bars, drinking martinis and shoe shopping; I’ve always dealt with nuanced relationship issues and the messiness of life. If a man wrote the same stories, it wouldn’t be called chick lit.” Giffin, who was briefly a lawyer with a Manhattan firm before becoming a novelist, knows how to make a point: “Nora Ephron is considered a romcom writer, and Woody Allen is given all kinds of accolades. They both write relationship-driven stories about people sorting out their emotions. How does Woody Allen get more weight than Nora Ephron?”

It’s not something you’ll hear Giffin, fresh off the book tour for her instant bestseller, All We Ever Wanted, talk about often. After all, she admits to being the beneficiary of some savvy marketing on the part of her publisher, changing the title of her first book from its working title, Rolling the Dice, to Something Borrowed and putting a pink cover on it when the chick lit genre was exploding with hits like Bridget Jones’s Diary and The Devil Wears Prada. “I usually dance around these questions; but it’s the end of my tour and, what the heck, I’m just going to tell the truth here,” Giffin tells me.

Perhaps Lauren Weisberger, the name behind The Devil Wears Prada, Everyone Worth Knowing and new release When Life Gives You Lululemons, was of the same mind when she flat out told me she didn’t want to answer questions about her experience as a female author and stonewalled any discussion of feminism with one-word answers and polite nods when we chatted. However, it seems more likely that Giffin and Weisberger are two different women who aim to write two very different types of novels.

Weisberger focuses on writing “fun, engaging books that make people laugh,” while Giffin prides herself on her nuanced characters, like that of a boy who’s badly burned in a campfire or a young unwed mother who secretly gives up her baby for adoption. Her new release, All We Ever Wanted, tackles a #MeToo-style sexual assault alongside issues of classism, racism and substance abuse. That the two women’s works are packaged under the misnomer “chick lit” is at best nonsensical and at worst blatantly sexist.

“I usually dance around these questions; but it’s the end of my tour and, what the heck, I’m just going to tell the truth here.”

It’s ironic that the term was first used ironically in 1995 by Cris Mazza and Jeffrey DeShell as the title for their edited anthology of “postfeminist” short-fiction writing, Chick Lit: Postfeminist Fiction. And while it has fallen out of favour these days, as buzzy marketing terms tend to do, around the mid-aughts it was widely used to describe novels written by female authors for presumed female audiences. While commercially successful, chick lit novels were often dismissed by critics. The review from The New York Times for Bridget Jones’s Diary was scathing: “Bridget is such a sorry spectacle, wallowing in her man-crazed helplessness, that her foolishness cannot be excused.”

Over the years, female authors have gone to battle over the term, with some, like Jenny Colgan and Jennifer Weiner, launching a passionate defence of their genre and others, like Dame Beryl Bainbridge and Doris Lessing, declaring it damaging to female writers. “It’s a pity that so many young women are writing like that […] It would be better, perhaps, if they wrote books about their lives as they really saw them and not these helpless girls, drunken, worrying about their weight and so on,” Lessing told BBC Radio 4’s Today. (Ouch.)

“Nora Ephron is considered a romcom writer, and Woody Allen is given all kinds of accolades. How does Woody Allen get more weight than Nora Ephron?”

As the new feminist resistance and the #MeToo movement took hold, chick lit—both the term and the genre—seemed increasingly out of touch. While the market flooded with feminist-y and increasingly diverse works by female writers (Roxane Gay’s Bad Feminist, Lilly Singh’s How to Be a Bawse, Cat Marnell’s How to Murder Your Life, Tiffany Haddish’s The Last Black Unicorn, Durga Chew-Bose’s Too Much and Not the Mood and Alana Massey’s All the Lives I Want), where were the diverse, crowd-pleasing female-centric narratives? Where was the woke chick lit?

As I chat with Giffin, it becomes clear that perhaps some of the progressive and complex commercial women’s fiction has been there all along, hidden under pastel colours and glossy marketing campaigns. “It doesn’t offend me to be categorized as chick lit, but I think it’s unfortunate that people who would connect with these characters might not read my books because they don’t think they would enjoy chick lit,” she says.

“It doesn’t offend me to be categorized as chick lit, but I think it’s unfortunate that people who would connect with these characters might not read my books because they don’t think they would enjoy chick lit.”

But there are signs that things are changing. This June, coverage of previously unknown 27-year-old writer Fatima Farheen Mirza’s A Place for Us struck a new tone. Her novel is about an Indian-American family who struggles with heritage, death, arranged marriages and opioid addiction. Its cover art isn’t dissimilar to many of Giffin’s titles, and it has the added burden of being the first novel from Sarah Jessica Parker’s new imprint, SJP for Hogarth.

Five years ago, A Place for Us would have suffered a fate similar to that of Something Borrowed. This year, it was positively reviewed in the Books section of both The New York Times and The Washington Post, with the latter running the headline “Sarah Jessica Parker Thinks She Knows What You Should Read. She’s Right.”

But there’s also an emerging cohort of authors determined to embrace the fun, frothy nature of stereotypical chick lit while featuring strong female characters and themes ranging from racism to LGBTQ issues. One of the most successful recent examples comes from Toronto-based debut novelist Uzma Jalaluddin. “Readers are tired of hearing the same stories of oftentimes wealthy middle-class young single girls who are navigating careers and then falling in love with someone unexpected. And that person is always white.”

In her book Ayesha at Last, Jalaluddin spins Pride and Prejudice into a modern romcom set in an Indian Muslim community. The book feels like a light beach read while addressing workplace discrimination, Muslim stereotypes and the complexities of being a second-generation immigrant. “I want to write diverse stories that aren’t just about sad immigrants or follow the trope of a Southeast Asian woman who doesn’t have a lot of power until she embraces a Western outlook on life,” says Jalaluddin. “I also wanted to write a really funny romantic comedy.”

“I want to write diverse stories that aren’t just about sad immigrants or follow the trope of a Southeast Asian woman who doesn’t have a lot of power until she embraces a Western outlook on life.”

With women finally starting to do away with the idea that they can only be one thing—stylish or smart, sexy or maternal, romantic or logical—so follows chick lit. Other woke works breaking through the fold include Painted Hands, the story of a “Muslim bad girl” who encounters “unlikely men” and geopolitical firestorms; Great Bones, about a woman who writes wildly successful greeting cards but “couldn’t find the right girl if you stuffed her into a Subaru full of lesbians”; and The Regulars, which is described as Girls meets Bridget Jones’s Diary and tackles issues of self-esteem, feminism, bisexuality and diversity. There’s also a great cameo by a giant black dildo “the size of a child’s arm” named Morgan Freeman.

It may take years for today’s emerging novelists to turn into established household names with multiple bestsellers. In the meantime, those looking for fun, feminist reads should take heed of the old cliché and not judge a book by its possibly pink cover. 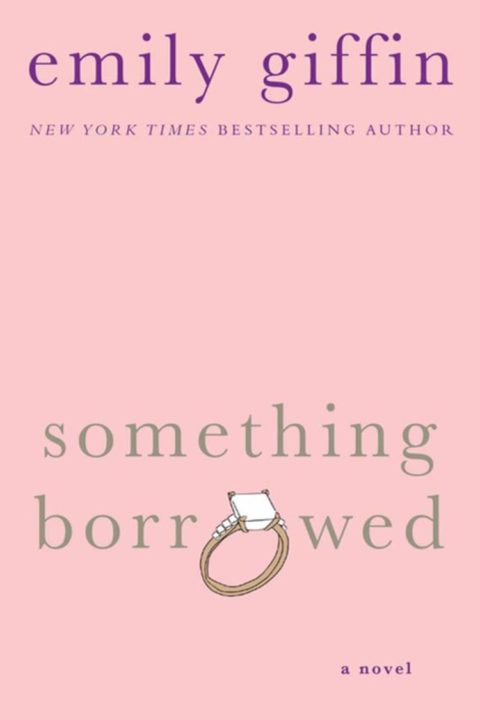 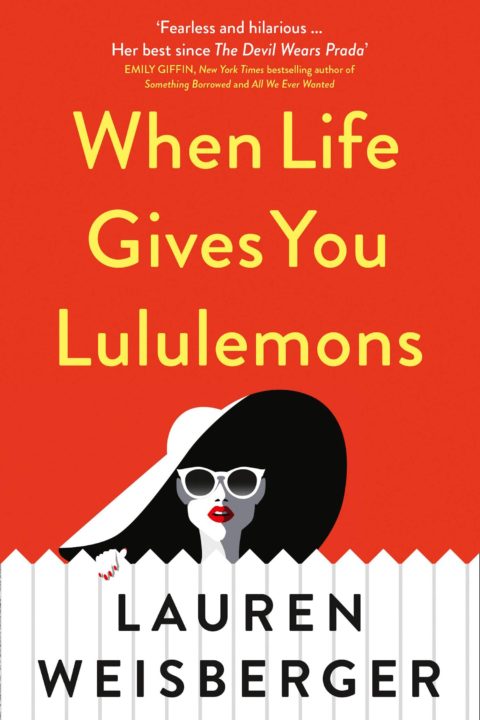 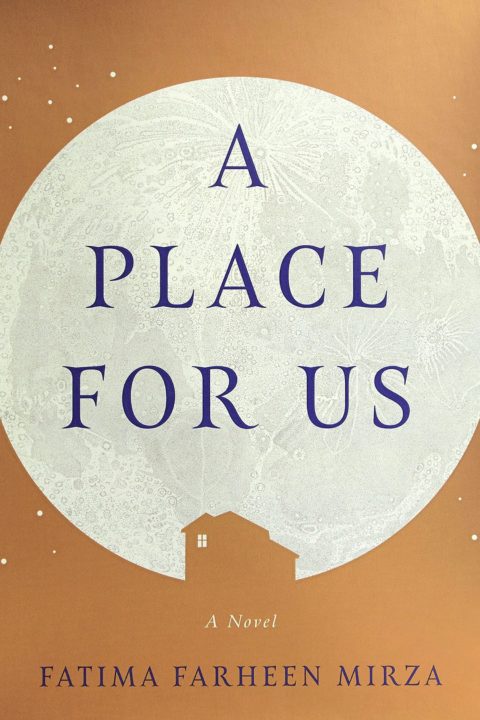 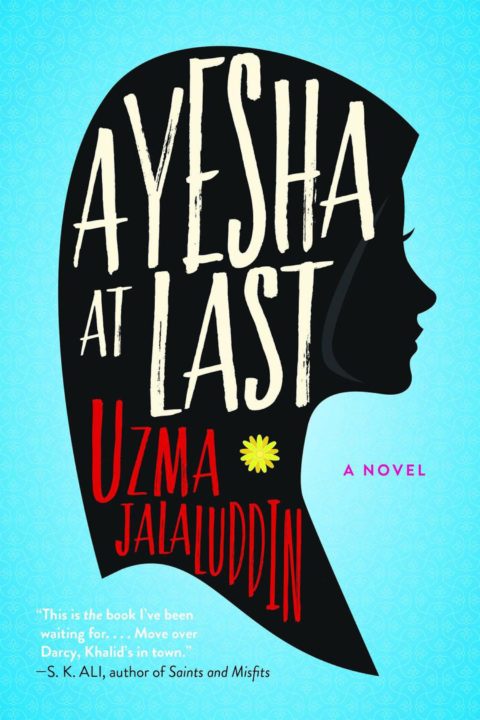 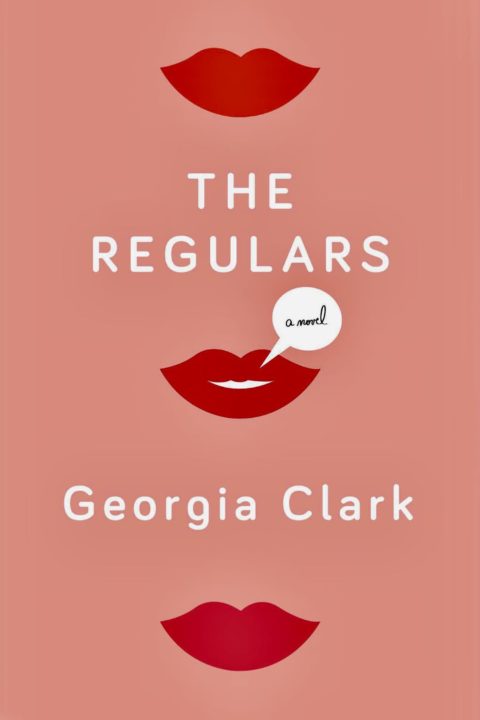 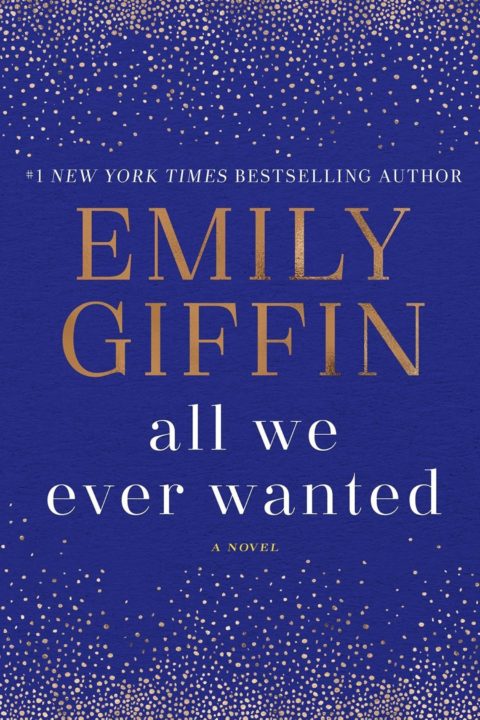 Something Borrowed by Emily Giffin

When Life Gives You Lululemons by Lauren Weisberger

A Place for Us by Fatima Farheen Mirza

Ayesha at Last by Uzma Jalaluddin

The Regulars by Georgia Clark

All We Ever Wanted by Emily Giffin