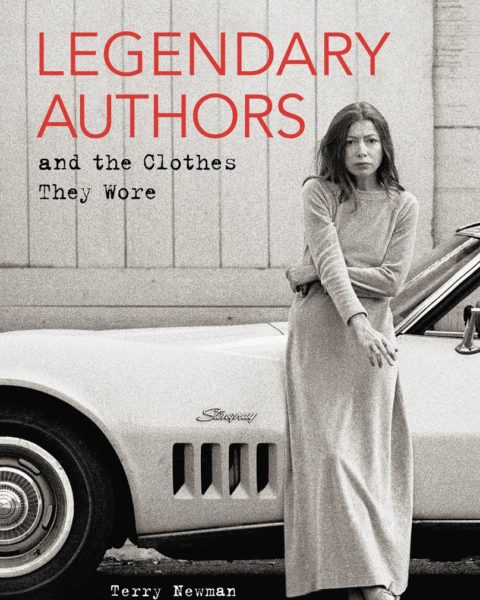 If you’re looking for a good summer read, you’ve landed on the right page. We’ve rounded up the top 5 books—from riveting stories about “rich people problems” to the most stylish scribes—to put on your summer reading list.

Legendary Authors and the Clothes They Wore by Terry Newman

When Joan Didion donned those impossibly cool shades in that Céline campaign, the glasses became arguably as iconic in the fashion world as Slouching Towards Bethlehem is in literature. She’s one of the 50 fashionable authors, past and present, profiled in Legendary Authors and the Clothes They Wore (June 27). Terry Newman unpacks the stylish side of writers like Oscar Wilde, F. Scott and Zelda Fitzgerald and Zadie Smith, showing how their work and wardrobes have influenced each other.

The World of Anna Sui by Tim Blanks

There’s a reason why a gaggle of supermodels, including good friends Karen Elson and Naomi Campbell, always shows up to support designer Anna Sui during fashion week. Sui has been charming the fashion world with her eclectic aesthetic and whimsical signature style ever since she launched her first collection in 1981. Journalist Tim Blanks traces her remarkable career in The World of Anna Sui (May 30), from her obsession with textiles and interiors to her love of the ’60s.

Hunger: A Memoir of (My) Body by Roxane Gay

Roxane Gay’s Hunger: A Memoir of (My) Body (June 13) is one of the most anticipated books of the year. The Bad Feminist author’s memoir was originally slated for release last year, but it was pushed back. Gay later tweeted that she found it “scary and stressful to write.” The memoir tackles Gay’s relationship with food and her body along with the events in her life that shaped those relationships.

What do green juice, naked yoga and clay diets have in common? They represent the lengths one woman will go to shed 30 pounds after being told by her business partner to lose the weight or lose her job. After writing about fashion magazines in their debut novel, The Knockoff, Lucy Sykes and Jo Piazza take on the health-and-wellness industry with Fitness Junkie (July 11), parodying the fads and gimmicks that lure us all in the name of good health.

Brace yourselves: Kevin Kwan is back with Rich People Problems (May 23), the third and final instalment of the trilogy that began with his 2013 bestseller, Crazy Rich Asians. This time it’s about the drama that erupts when filthy-rich families squabble over a massive inheritance. The book promises to be as OTT as its predecessors.