Best red hair: We count down 10 of Hollywood’s top redheads

There is no doubt that red hair instantly stands out in a sea of blondes and brunettes. Once rare and unique in Hollywood, red seems to be the hair colour of choice for some of the hottest celebrities. And although there are only a handful of famous natural redheaded beauties, the colour remains a top choice for temporary (read: attention-grabbing) dye jobs. Think about it: also almost every leading lady has a red phase on record.

While we can easily pin Jessica Chastain, Isla Fisher and Julianne Moore as natural redheads, other celebrities have had red hair for so long that we basically consider the shade as the one they were born with. Although hair colour chameleon Emma Stone is often mistaken as a true redhead—her go-to copper hue perfectly suits her flawless porcelain skin—she’s actually a blonde. (Same with Mad Men’s Christina Hendricks!) Amy Adams also wears her red hair well, likely because it’s just a touch brighter than her natural strawberry blonde shade.

Sometimes movie roles call for stars like Rachel McAdams and Kristen Stewart (who may or may not have wanted us to know about her dye job) to temporarily try ginger shades, whereas others just embrace the shade for fun. Rihanna, who is no stranger to having fiery red hair, enjoys experimenting with all sorts of hair colours and her constant changes certainly keep us on our toes. Whether you’re seeking colour inspiration for your own red dye job or just love the look of Titian-tinted hair, click through to see which celebrities make us green with envy for pulling off red hair with ease. 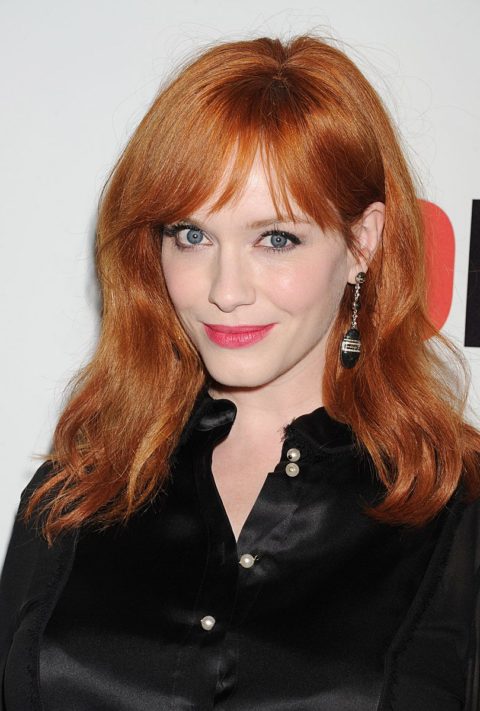 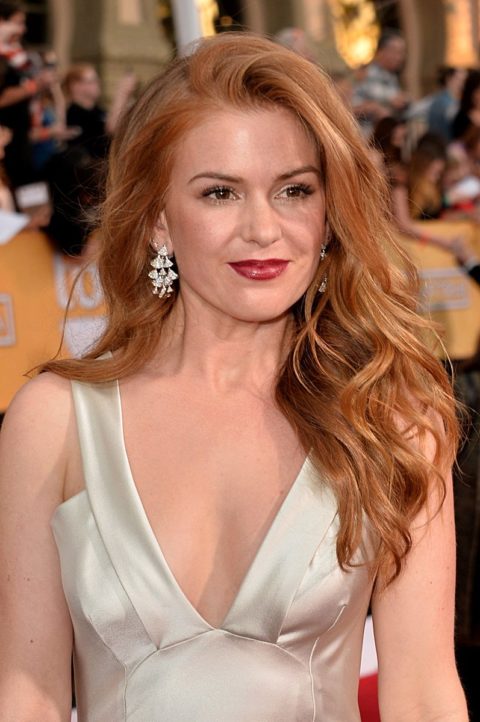 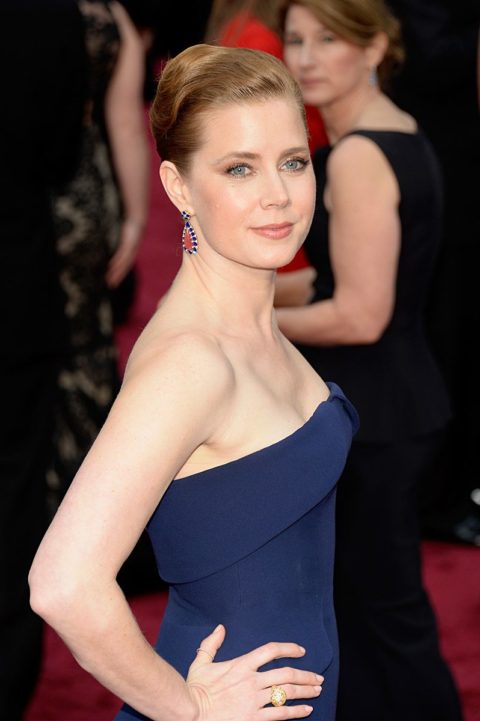 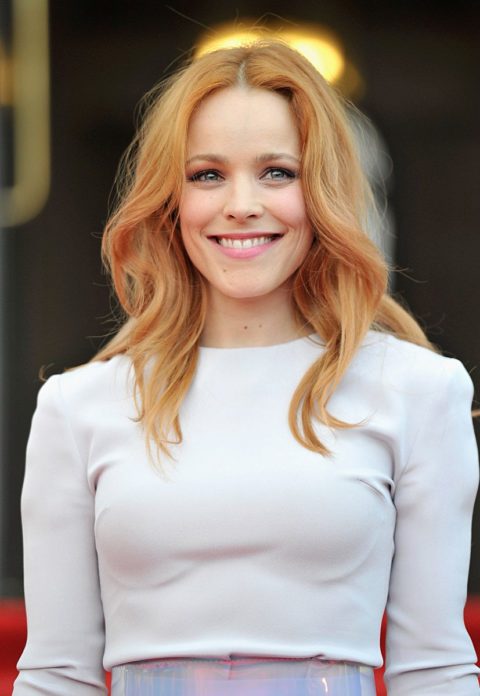 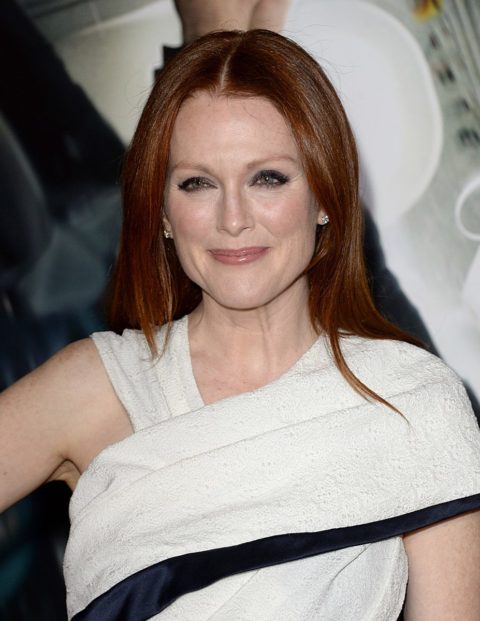 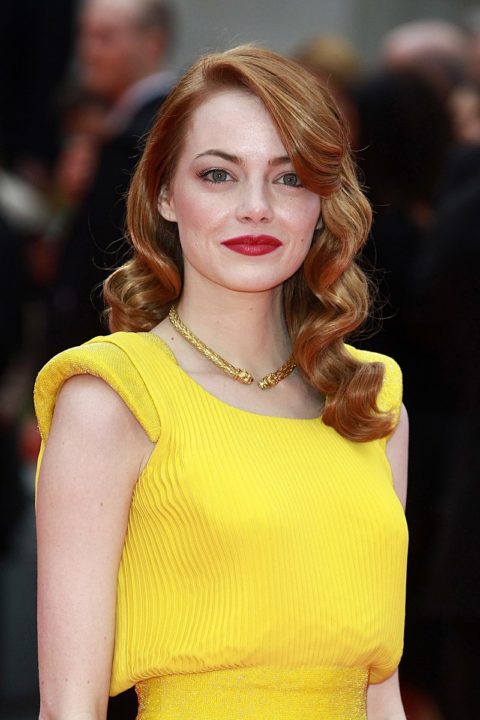 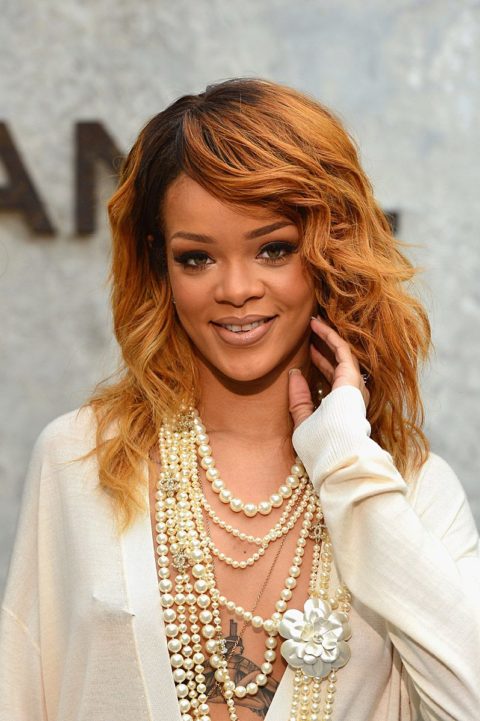 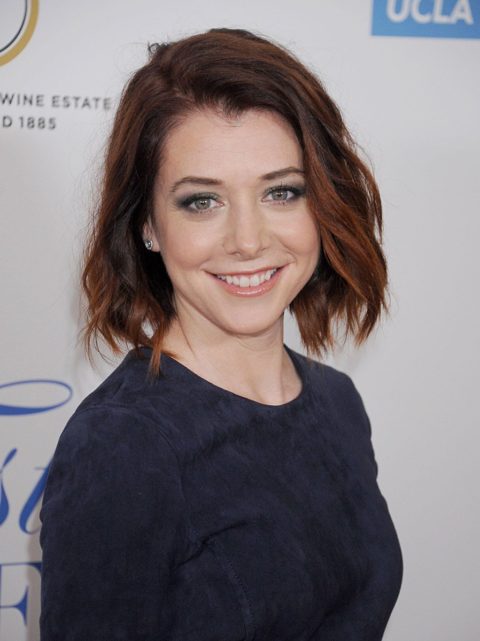 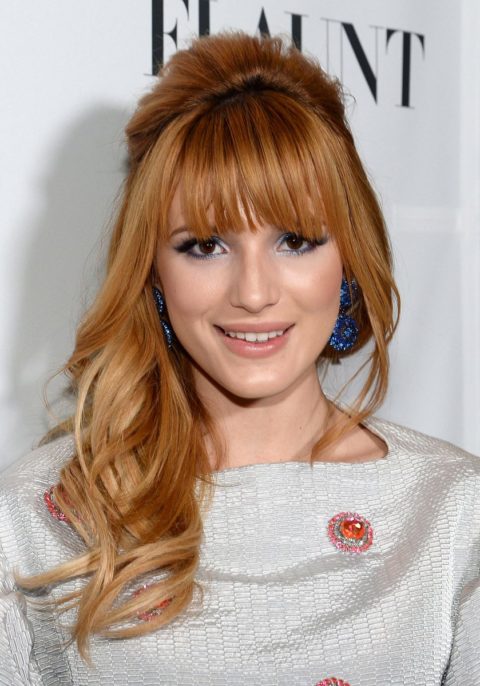 Jessica Chastain arrived at the 2014 Golden Globe Awards with her red hair in a chic, pushed-back style.

Christina Hendricks opted for a casual look with her glossy red hair worn down at AMC’s Mad Men Season 7 premiere on April 2, 2014 in Hollywood, California.

Funny girl Isla Fisher was the epitome of effortless beauty with her tousled wavy red hair parted messily to one side at the 2014 Screen Actors Guild Awards.

Looking sleek at the 2014 Oscars, Amy Adams styled her strawberry-blonde hair into an elegant updo.

Rachel McAdams debuted a new shade of copper red at the About Time world premiere on August 8, 2013 in London, England.

Julianne Moore wore her sleek dark auburn hair down at the premiere of Non-Stop on February 24, 2014.

Loose finger waves made for an elegant look for Emma Stone at the London premiere of The Amazing Spider-Man 2 in April 2014.

Beach waves and a deep side part complete Rihanna’s orange-red look at the Chanel Fall 2013 Haute Couture show on July 2, 2013.

How I Met Your Mother star Alyson Hannigan sported a tousled bob in a dark shade of red at the 19th Annual Jonsson Cancer Center Foundation’s Taste For A Cure on April 25, 2014.

At the Flaunt Magazine party on November 7, 2013, Bella Thorne rocked her red hair with a full fringe and a teased half updo.