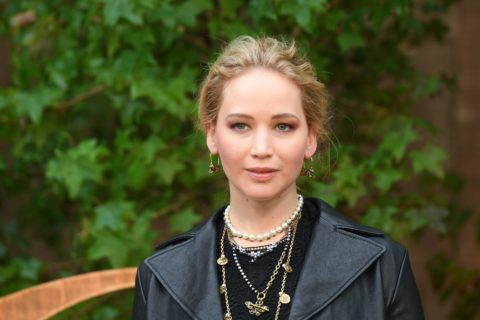 JLaw Just Shared Her Wedding Registry on Amazon, And We Have Some Thoughts

Lets face it: we live in an era of celeb sponcon. From the flood of sponsored posts at Priyanka Chopra and Nick Jonas’s wedding to the recent Jeremy Renner Amazon Store to the debacle over a Goop employee’s supposedly “surprise” proposal, corporations paying celebrities big bucks to endorse their products in a way that kinda seems like they’re integrated into their actual lives is becoming pretty standard. The latest to hop on the bandwagon, though, is probably one of the last people anyone would have guessed—Jennifer Lawrence.

From the moment she burst on the scene in 2010, an IDGAF narrative began forming around JLaw. Whether she was cracking corny jokes, burping during interviews or tripping on the red carpet, everything she did was deemed “authentic” and “relatable.” But this Amazon collaboration? Decidedly off-brand. With her impending wedding to Cooke Maroney on the calendar sometime this year, the actress has released a “wedding registry guide” on the retail platform, which is… odd.

We teamed up with Jennifer Lawrence for her wedding registry! Check out a few of the items on her list and shop them all at www.amazon.com/jenniferlawrence. In Jennifer’s own words: "Planning a wedding is so exciting, but it can be overwhelming. For anyone else needing a little inspiration, I thought it would be fun to collaborate with Amazon to share a few of my favorite registry wish-list items. It's so easy, and you can find everything you need all in one place." #FoundItOnAmazon #AmazonHome #AmazonWeddingRegistry

For starters, it’s not actually her own wedding registry—because, well, she’s a millionaire—and is instead a guide for other engaged couples who might be looking for some inspiration. The registry is divided into several categories, each with a little blurb that is so devoid of personality a bot could (and might!) have written it. Under Travel, which includes items like a Kindle (of course) and a Travel Adapter, Lawrence supposedly writes: “I travel a lot for work and these are a few of the best items I’ve found over the years to help me arrive feeling refreshed and ready to explore. Don’t leave for your honeymoon without them!”

Under Kitchen, alongside items like a Le Creuset dutch oven and wooden cutting board, are the words, “Cooking for two is always more fun!” There are also, perplexingly, drugstore purchases like Aveeno moisturizer and then on the other end of the spectrum, an exercise bike that retails for nearly $2000.

Say what you want about Lawrence but an “influencer” she is not. She doesn’t front any brand campaigns other than Dior. She has no social media accounts and is fairly private about her personal life. So this public registry is a pretty out-of-character move. Perhaps there’s an Amazon Studios movie announcement in the offing?