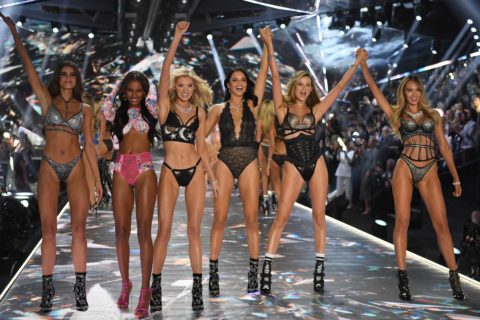 Photography via Timothy A. Clary/Getty
Style

The Victoria’s Secret Fashion Show Has Officially Been Cancelled

The rumours were confirmed today.

What was once one of the hottest events in fashion, the annual Victoria’s Secret Fashion Show has been cancelled for this year. Company executives confirmed this news in a conference call with press this morning, WWD reports.

“We think it’s important to evolve the marketing of Victoria’s Secret,” said chief financial officer and executive vice president of L Brands (parent company to Victoria’s Secret) Stuart Burgdoerfer. Their communication with customers will be maintained in other forms, such as social media, but nothing compared to the magnitude of the show. “There will be more to come as that continues to get evaluated.”

The earliest nod towards this move was back in May when L Brands founder, chairman and CEO Leslie Wexner told his employees that “fashion is a business of change. We must evolve and change to grow,” and therefore vocalized rethinking the show. After Wexner’s memo was released, Victoria’s Secret models themselves began sharing that the show was cancelled, though it was not confirmed by the company.

Starting in 1995, the runway show allowed the label to dominate the lingerie industry, and its “Angel” status was once the most sought after gig in the industry. Burgdoerfer said that the show “was a very important part of the brand building of this business and was an important aspect of the brand and a remarkable marketing achievement,” adding, “We’re figuring out how to advance the positioning of the brand and best communicate that to customers.”

However, with a shift in attitudes and expectations from consumers, many have distanced themselves from a brand that offers a narrow range of beauty. Last year’s show garnered the lowest ratings in its history, whereas Rihanna’s first Savage x Fenty RTW show was applauded for its inclusivity.

It seems that Victoria’s Secret is now listening to its customers, and looking to a more inclusive future. Back in May, Wexner said “in 2019 and beyond, we’re focusing on developing exciting and dynamic content and a new kind of event—delivered to our customers on platforms that she’s glued to…and in ways that will push the boundaries of fashion in the global digital age.” Watch this space.

Photography via Timothy A. Clary/Getty
Get the best of FASHION in your inbox Thanks for signing up!
The latest fashion, beauty and celeb news delivered right to your email #FASHIONforall Now, check your inbox to complete your subscription
We won’t ever use your email address for anything else
Want even more FASHION? Follow us on social media.