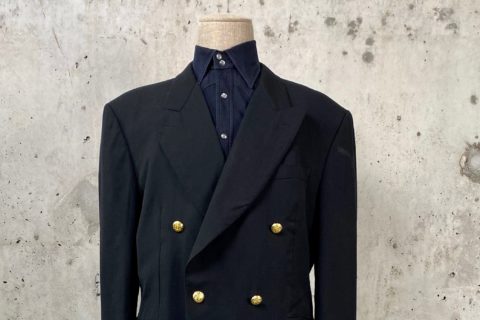 Vancouver Shop Faulkner is Full of Covetable Pieces From the Past

It re-opens its doors today with a drop of new fall looks.

Since founding his eponymous Vancouver storefront in 2017, London, U.K. transplant James Faulkner has established his business as a purveyor of unique vintage and archival goods. Inspired by the second-hand scene in San Fransisco–where he worked in his early twenties–Faulkner was resolute in differentiating his selection of wares in a city that he confirms has “a really good vintage scene.”

Noting that he’s been fortunate to have “a lot of cool people with cool clothes who support me, and give me their collections”, Faulkner says that he “wanted to do something different” in terms of his shop’s curation of pieces that includes everything from workwear to suiting. “I’m super influenced by Japanese and European fashion, and I base the shop more on styles than brands.”

But that’s not to say Faulkner isn’t label conscious; for the store’s re-opening today–after a few months of COVID closure and a refurbishment–you’ll discover a batch of over 100 items including picks from Valentino and Issey Miyake to Vivienne Westwood and Tom Ford. “I really base [my finds] around an ethos of three to four styles; oversized workwear, Japanese streetwear, ‘80s and ‘90s European styles–things like crazy tops and jeans by [Jean Paul] Gaultier, and then more contemporary styles.”

It’s evident that what drives Faulkner is a stylist’s eye, and the awareness of how mixing different aesthetics together can make for a fresh approach to dressing. “How do the pieces look, and how do they come together,” Faulkner says he thinks to himself while searching out wares for the store and its online platform. Some of his current favourites include a 1980s cowboy-style shirt by Gucci, a double-breasted jacket by Celine Homme,again from the ‘80s, and a 1970s suede jacket from Sears.

Faulkner and a local tailor have also collaborated to craft several ‘reworked’ pieces influenced by Japanese streetwear label Kapital and 1950s Americana; expect embroidery and patchwork details to give fabrics from Pendleton, as well as denim materials, a new twist. “A lot of people are doing reworks,” he notes about the growing interest in upcycled garments. “We just wanted to go crazy with it.”

The desire to be different has also drawn Faulkner to connect with creatives like Mescondi and Chrome Destroyer to work on editorials and videos. “I try to stay out of it and let them do what they’re good at,” he says of the approach to these projects. “I say, do what you want, but think of the store. [And] they really run with that…. It doesn’t always have to be about the clothes [but] art is a great way to express what the store is about.”

What connects these pursuits is Faulkner’s appreciation of authenticity and individuality–something that’s more crucial than ever when you consider how much a consumer sees in a day. “When you have a store or brand, you have to do you as much as you can,” he says. “The second you start copying people, you’re screwed.”

Photography courtesy of Faulkner.
Get the best of FASHION in your inbox Thanks for signing up!
The latest fashion, beauty and celeb news delivered right to your email #FASHIONforall Now, check your inbox to complete your subscription
We won’t ever use your email address for anything else
Want even more FASHION? Follow us on social media.