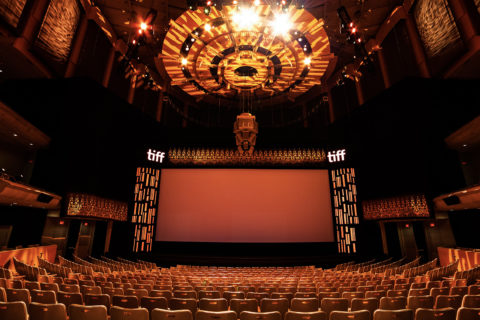 The Italian fashion house will bring sophisticated design and glamour to the 47th edition of the film festival.

Bulgari is the official jewellery partner for TIFF

Historic Italian luxury brand Bulgari has officially signed on as a major sponsor for the Toronto International Film Festival (TIFF), one of the most prestigious events in the world. Over the years, Bulgari jewels have been immortalized in more than 40 films, and now the label will further reinforce its ties to cinema with an exciting array of programmes year-round for the 47th edition of TIFF. Plus, from September 8 to 18 of this year, the storied fashion house will host a high-style Portrait Studio for festival attendees, and will support the fourth annual TIFF Tribute Awards fundraising gala at the Fairmont Royal York Hotel on September 11, 2022.

If you’re looking for something new to listen to this season, queue Boss. Its new podcast series, Behind the Boss, is diving into the lives of extraordinary artists, creators and athletes like Law Roach, Cathy Hackl and Anthony Joshua, alongside host Raven Smith. Tune in to uncover the road bumps and victories that turned each of them into the boss they are today.

Canadian-Vietnamese sister-owned company Paris Jewellers has just released their limited-edition Asian Heritage Lotus Necklace. Handcrafted in solid 10 karat gold with a genuine, ethically sourced diamond, it effortlessly exudes the symbolism of the lotus: optimism for the future, overcoming darkness, growing in muddy waters and remarkable beauty. The brand will donate 100 per cent of the net proceeds to the Canadian Asian Solidarity Fund and Stop AAPI Hate.

This weekend in Toronto, Ellie Mae is partnering with Flowershop by Wolf & Moon to host a three day, one-stop shop where you can select the perfect gift for Mother’s Day. From lush floral bouquets to pieces from the Ellie Mae Spring/Summer 2022 collection, there’s surely something special for everyone. Plus, Sam James Coffee Bar will be set up onsite, serving from the Ellie Mae VW bus.

Kotn opens a store in Vancouver

This week, Kotn announced the official opening of their new brick and mortar shop in Vancouver. The 1450 square foot store, perched on Mount Pleasant, is grounded in the principles of timeless design and community, and incorporates many unique design elements that nod to the Kotn’s Egyptian origin. As a B-Corp certified company, Kotn is committed to building stores with a positive impact — they even sourced most of their retail furniture second-hand!

Mother, rule breaker and Canadian-born artist Miriam Schapiro is the latest to be featured in Herschel’s Nova Art Project, a series of product partnerships with female artists that sends proceeds from sales to support women in the ArtTable fellowship program. Showcasing two of Schapiro’s works of art, Pandora’s Box (1983) and The Beauty of Summer (1973–74), these two backpacks are nothing short of a statement.

Gucci and its longstanding global gender equality campaign Chime for Change have launched the latest issue of Chime Zine this week. It features a curated collection of works by contributors Elisa Manici, Assa Traoré, Eno Pei-Jean Chen, Kira Wei-Hsin Jacobson, Isabel Mavrides-Calderón and more. Gender, disability, sexuality, and racial injustice are just a handful of the thundering topics that are illuminated in this issue, which is available digitally on Gucci Equilibrium, and will be available in print later this month.

Photography courtesy of TIFF
Get the best of FASHION in your inbox Thanks for signing up!
The latest fashion, beauty and celeb news delivered right to your email #FASHIONforall Now, check your inbox to complete your subscription
We won’t ever use your email address for anything else
Want even more FASHION? Follow us on social media.