See the flat trend on the runway »

When red carpet renegade Kristen Stewart wore a pair of Converse Chuck Taylors with her Yigal Azrouël dress at the MTV Movie Awards in 2009 (or the sneakers she wore on any number of subsequent red carpet walks), she was essentially flipping fashion the bird. In this industry, comfort has historically been a four-letter word: f-l-a-t.

This season, there’s a more sophisticated way to save your soles.

After years of sending models teetering down runways in sky-high strappy sandals and stilettos, designers have become the new flat-vocates, endorsing everything from clunky lug soles and creepers to trim, slim loafers and sleek skimmers especially suited to holiday dressing.

Like so many other recent trends that can be traced back to Lanvin, it’s arguable that the house’s ubiquitous stretchy, girlish ballerina flat of 2002 was fashion’s gateway drug to comfort. Once you go flat, you never go back. This season, Lanvin creative director Alber Elbaz sent winter floral party dresses down the runway but grounded their feminine whimsy with more mannish oxfords in leather, velvet and glitter-encrusted versions. This new flat provides a balance to the proportions of fall’s revival of ’50s volume, from the new New Look of full dirndl skirts at Rochas to the boxy topcoats at Céline.

This is the sort of tomboy touch I rely on myself when getting dressed. Because I like the no-nonsense, pragmatic possibilities of making a quick getaway as much as I like the aesthetic, I always start from the ground up with shoe styles borrowed from the boys: leather oxfords, derbies, loafers and wingtips. It helps that the designers for Comrags, a Canadian label I often wear, think that way too. Their tailored collections have been paired with mannish lace-up flats (often by John Fluevog) on the runway for decades; this season they added the unexpected glimmer of sequined gold ankle socks peeking out from polished black leather.

Until recently, my array of sober flats (heavily brogued kilties or two-tone wingtips) have not only had my closet mistaken for that of an Edwardian earl, but have played a largely silent supporting role to my clothes. That has changed this season—even masculine flats come with a fair bit of their own flash. There are gentleman’s shoes to make even a dandy blush: Fluevog’s monkstraps now sport mirror-finish pewter, while Dieppa Restrepo’s patents come in stripes, polka dots or emerald-green metallic, Church’s enduring Burwood brogues are studded with nail heads or twinkling crystals and at Marni, loafers come in satin topped with fringe. » photography:

The popularity of flats is welcome news for creative director and stylist Susie Sheffman, who jokes that she has been wearing them “since birth.” While she loves the idea of the pencil-skirt-and-heels uniform, “It doesn’t work for my daily life, because I kind of gallop through my day. Really, a horseshoe would be better for me!” Over the years, Sheffman says it’s been a challenge to find the masculine shoe style she prefers in women’s sizes.

“Now that the appeal of the platform is waning, the eye needs something new to look at,” Sheffman observes of the return to the single-sole pump. The catch? The style is less comfortable for all-day wear. “So a pointy-toe, more feminine flat becomes an option. I think the ballet slipper has had its day, so the next evolution in flat is the elongated or pointy-toe [style]. And it’s also a newer silhouette for a lot of women, so it feels new.”

Like the flat’s popularity in the ’50s as an alternative to the overtly feminine New Look stiletto, there’s a whiff of anti-establishment flavour to the juxtaposition seen at Lanvin, Comrags and The Row, which routinely show their collections with oxfords, loafers and derbies. In her book Women from the Ankle Down: The Story of Shoes and How They Define Us, Rachelle Bergstein chalks it up to archetype: “If Marilyn’s signature shoe was the stiletto, Audrey’s most definitely became the flat.”

True to type, “Marilyn was the consummate sex kitten,” while “Audrey made a career of playing women who undergo a Cinderella-like transformation.”

Case in point: In Funny Face, Audrey Hepburn’s reluctant fashion model Jo makes an excursion to a Beat Generation bar, wearing suede slip-on loafers by Salvatore Ferragamo with a louche black Givenchy turtleneck and cigarette pants (to fit in with the similarly clad beatnik “empathicalist” gathering). Bergstein argues that that indelible pop-culture moment “helped to establish a definitive dichotomy between high heels and flats, encoding stilettos as sexy, flirtatious and feminine, and flats as quirky, intellectual and unrestrained.”

Flats versus heels used to be a choice between sexuality and practicality, but this season’s embellished flats embrace both. Valentino’s flats have a flash of gold studs at the heel, and Tabitha Simmons’s retro, pointy-toed Alexa flats— the most thoroughly modern Hepburn update—come in velvet for the holidays.

“The modern woman is not just getting into a taxi and going for dinner,” shoe designer Paul Andrew explains of the many flats in his eponymous line. “She has a whole day ahead of her when she has to be on her feet, walking around. A sexy sort of flat is the perfect new shoe silhouette for her.”

Under their ornate trimmings, Andrew’s flats take their cue from iconic 1950s images of Hepburn in her on- and off-set Ferragamos (which were narrow and tapered). The designer says he was most interested in the clean elegance of the shape, “the purity of the skimmer sort of shoe, the flat that doesn’t have wraps around the ankle or complicated straps.”

He has, however, improved the fit (there is foot padding and a sliver of hidden heel, “so you have this sexy little lift inside the construction”) and embellished the simple silhouette. There are versions in triple-dyed suede, hand-embroidered Swarovski crystals and, with a nod to mod and menswear, houndstooth wool with a toe cap. The favourite in the fall collection has a scalloped vamp, a detail inspired less by Hepburn’s ingenue next door than by one of screen siren Marlene Dietrich’s dramatic costumes in Shanghai Express, which offers a glimpse of toe cleavage. “It’s about making the most of what you’ve got,” he says. “Like revealing parts of the ankle on a boot or the cleavage in the flat pump—the peaked vamp accentuates certain parts of the foot.”

The ankle bone has become the new erogenous zone. “I never wear a long pant,” says Sheffman. “I always wear a short, ankle-exposing pant or jean that gets grounded by either a chunky flat or a loafer.” Back to Audrey Hepburn. And Andrew agrees. “I love the full skirt with my flat, but also the idea of a capri pant with some sort of embroidered coat or evening-style top,” he says. “I love the idea of a pant for evening.”

The shift from great heights and extreme statement shoes also suggests a change in attitude. “Deep down, women do want to be comfortable,” Sheffman says. Heel height (and navigating a day in chic but impractical heels) is a decision that stylish men don’t have to make, so why should women? 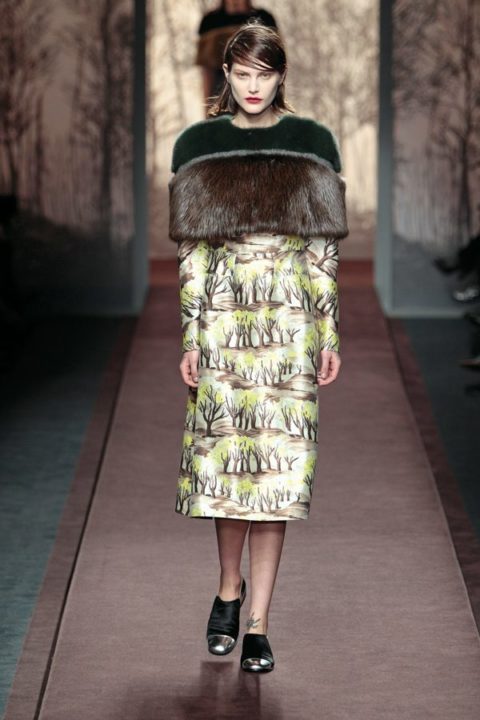 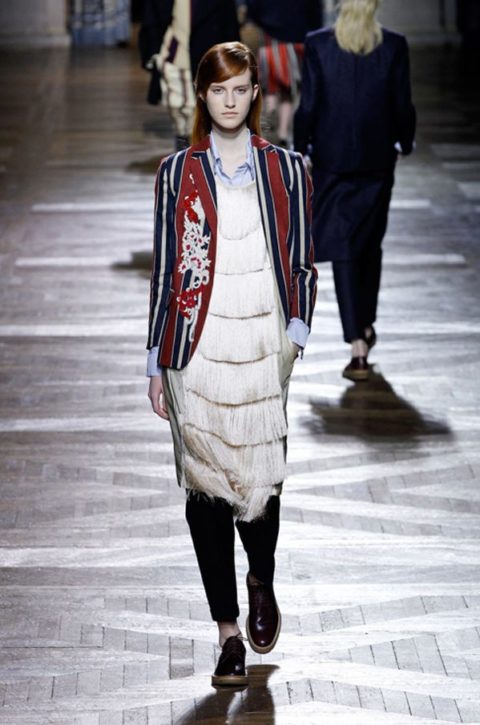 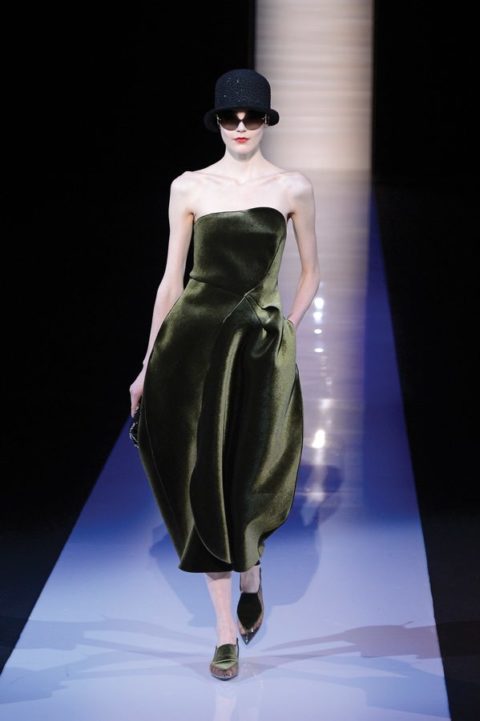 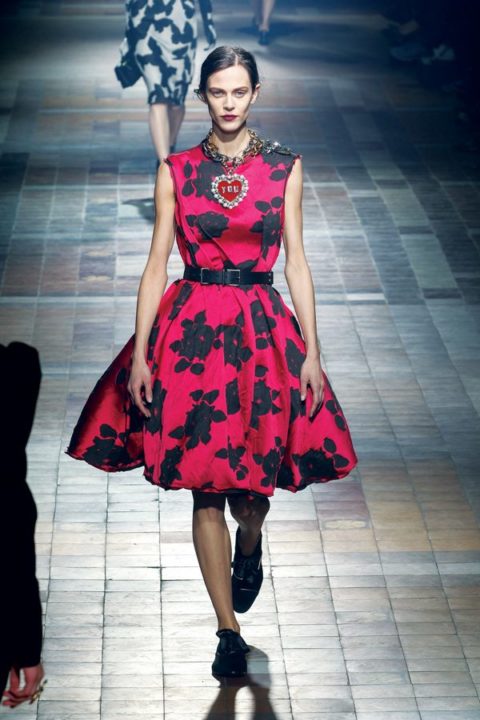 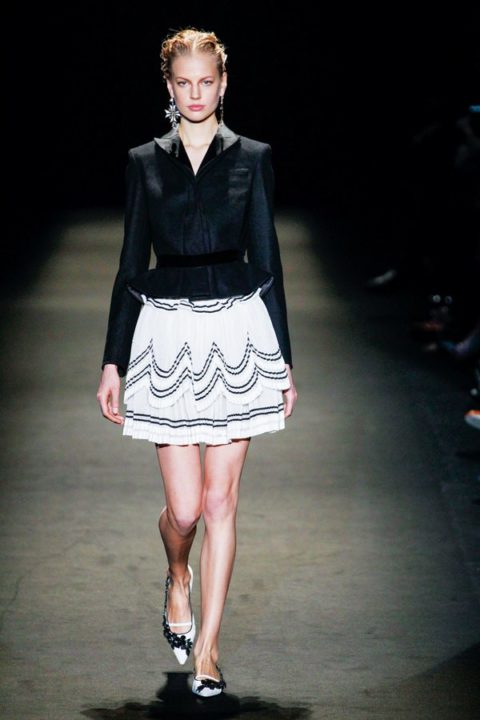