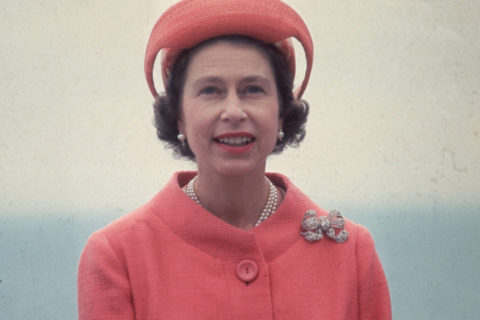 A Queen in Every Sense of the Word

Even Queen Elizabeth II's style showed a dedication to her sense of duty.

As we absorb news of the death of Queen Elizabeth II at the age of 96 at Balmoral Castle, let’s reflect on the word “queen.” We use it loosely to describe a person who is strong, charismatic and true to themselves. A leader. A force.

And in some respects we do that because of THE Queen, the woman who ruled for 70 years through ups and downs, deaths and divorces. Fires and family embarrassments.

Queen Elizabeth II was from a generation of women who were only expected to support their husbands, raise their children and bake perfect pies. But she embraced the job thrust upon her at age 25 when her father, King George VI, died. It’s a role with lots of rules and regs. Pomp and protocol. And, yes, perks, too. But it was never her choice. She stepped up and never stepped down, even down to her last few days when she welcomed new prime minister, Liz Truss.

Her Majesty evolved the role with the times—creating the walkabout decades ago and bringing television cameras into the palace. More recently she was the first in her family to tweet and have a Facebook account. She played along with Daniel Craig, pretending to arrive at the London 2012 Olympics by helicopter.

She shook hands with world leaders and visited factory workers and seemed just as pleased to be doing both. She cleverly crafted a fashion style that allowed her to be picked out in a crowd from half a kilometre away. And it wasn’t because she wanted attention. It was about the duty she undertook so profoundly—to serve the institution of the monarchy and the people of Great Britain.

She was also, of course, a wife, mom, grandma and great-grandma.

And through it all, truly a queen.

Below, we look back at Queen Elizabeth II’s life lived in style over the past seven decades, and some of her most iconic fashion moments: 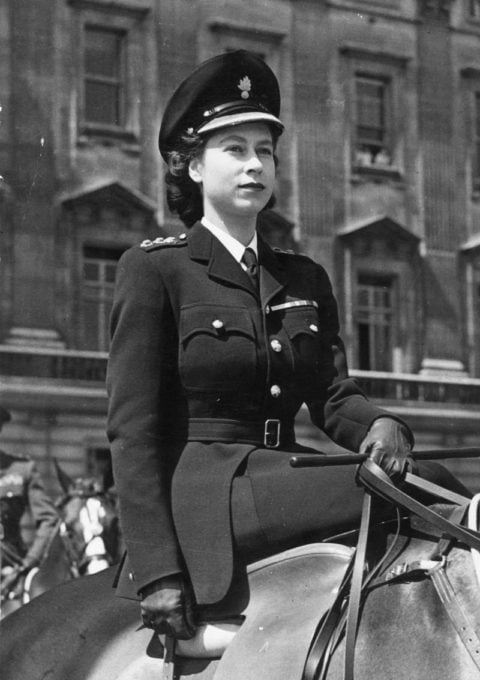 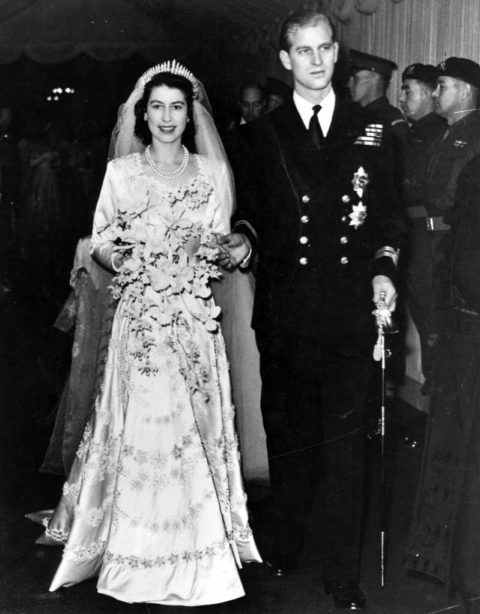 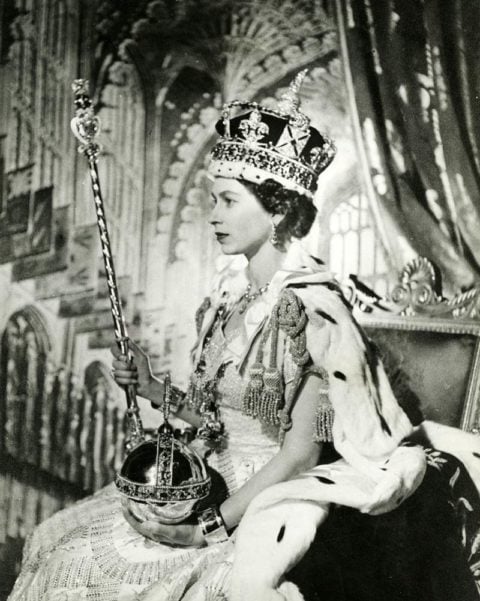 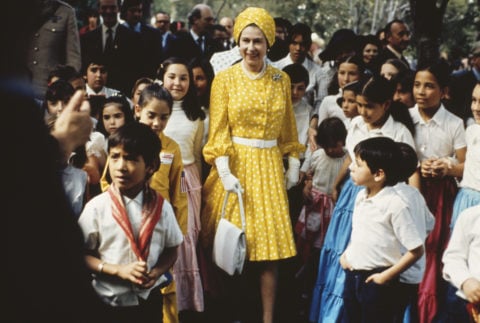 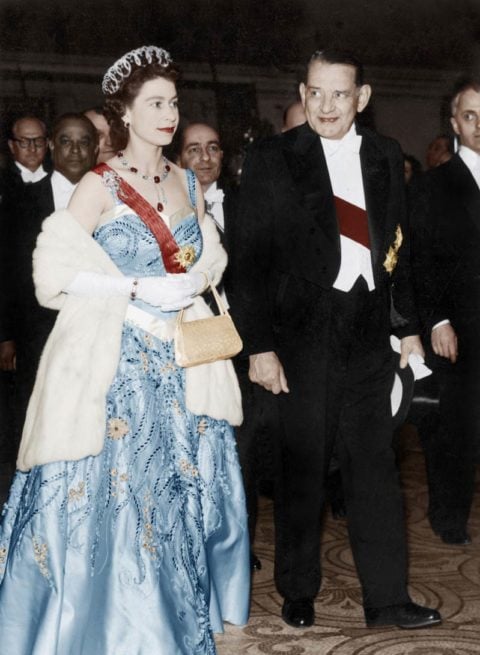 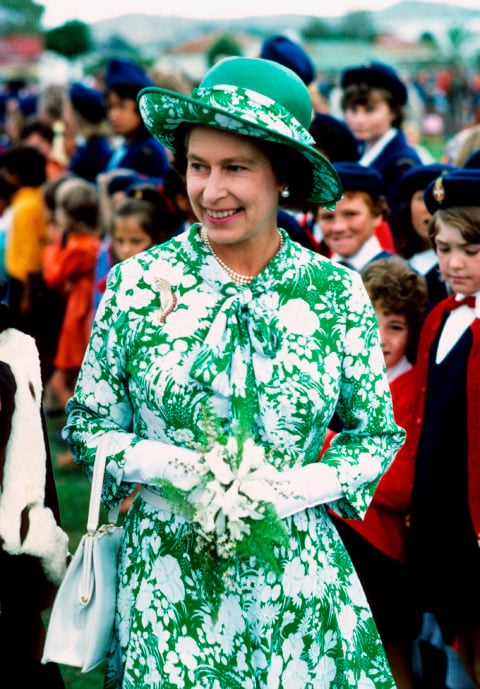 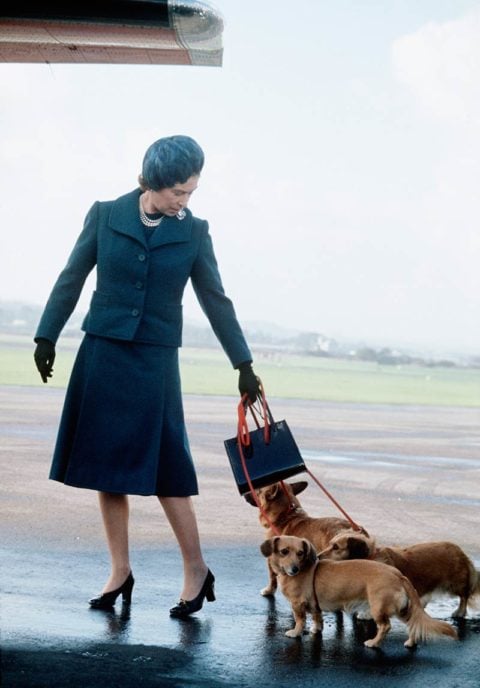 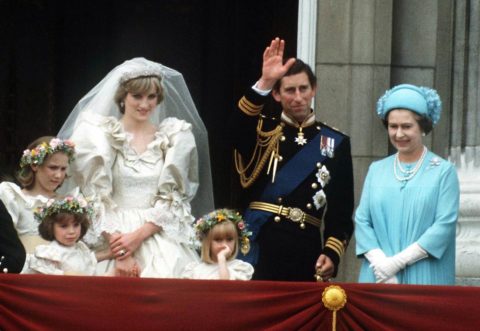 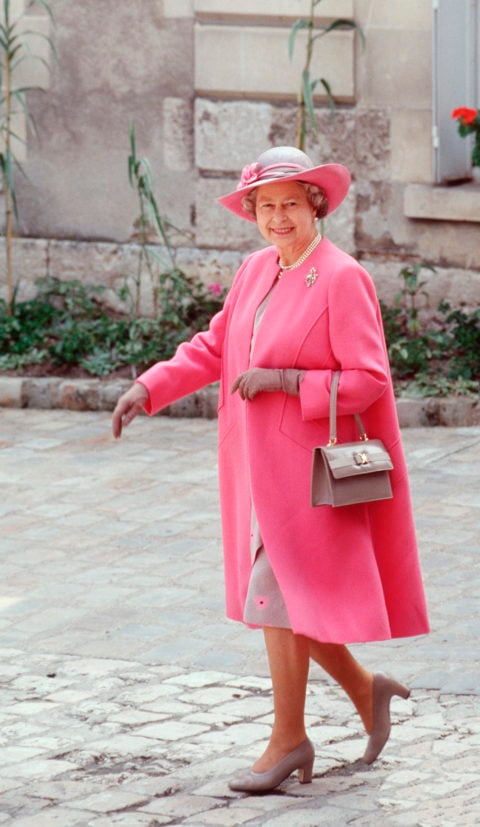 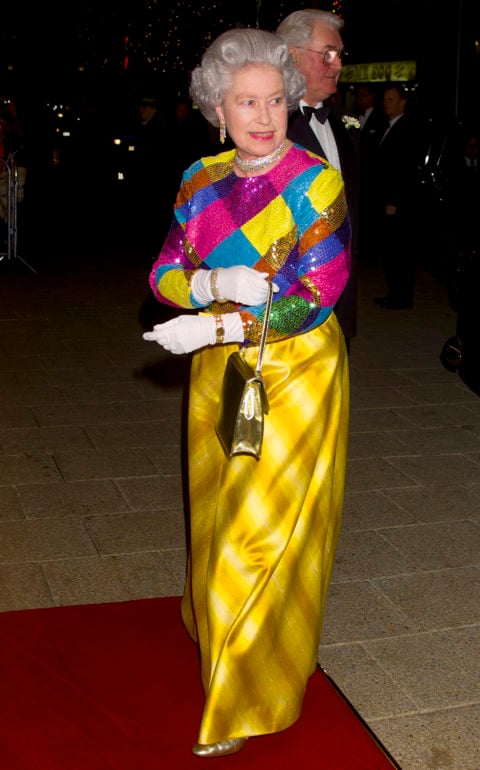 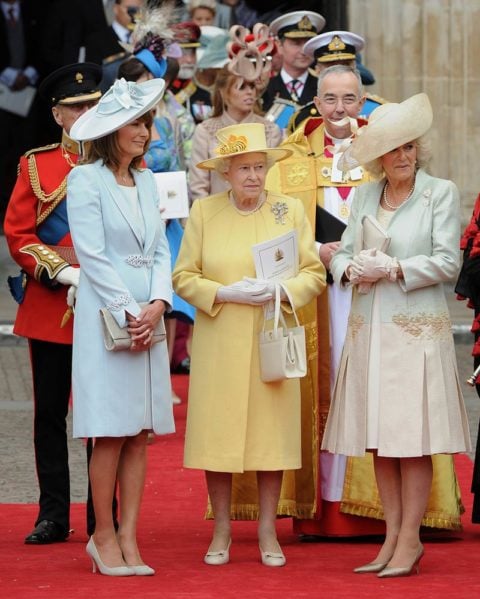 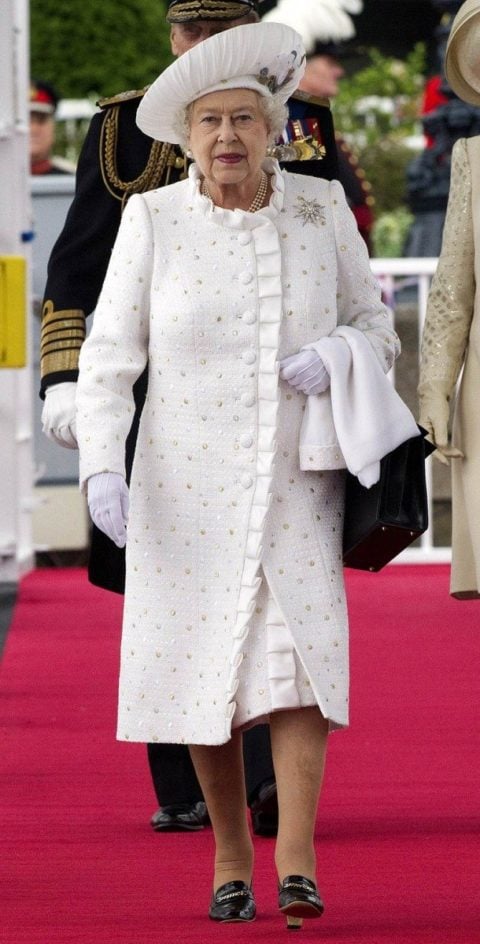 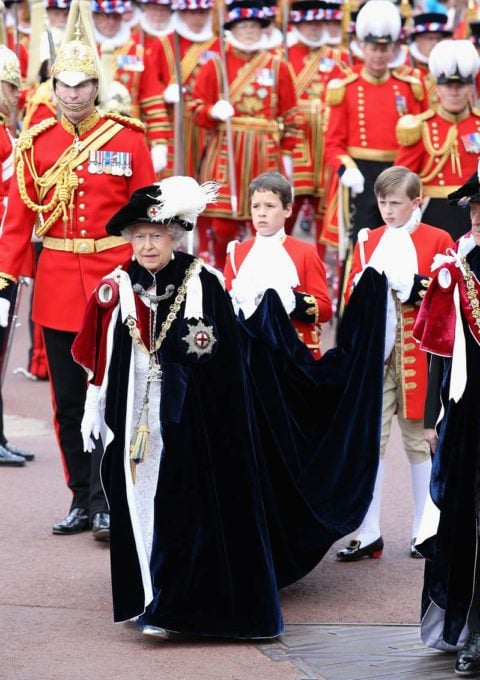 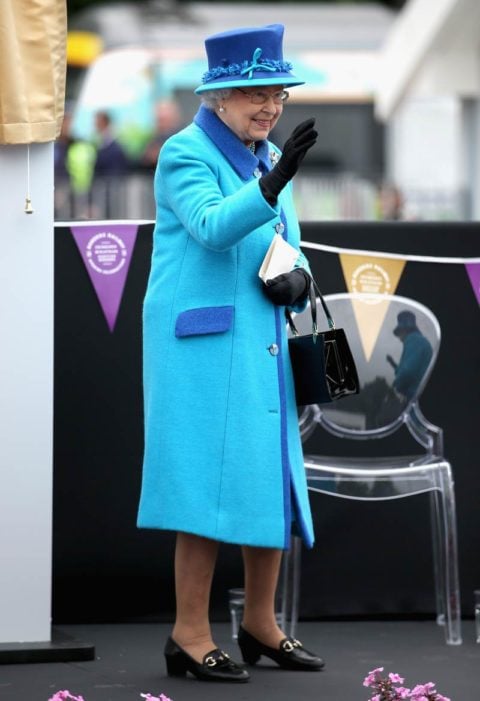 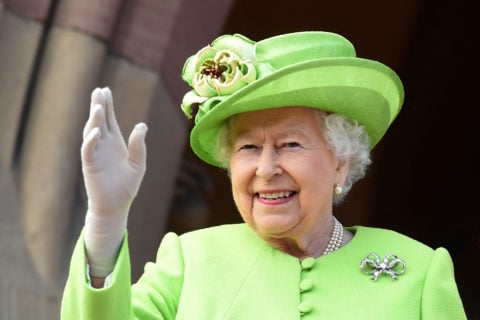 Photo by Eddie Mulholland/AFP via Getty 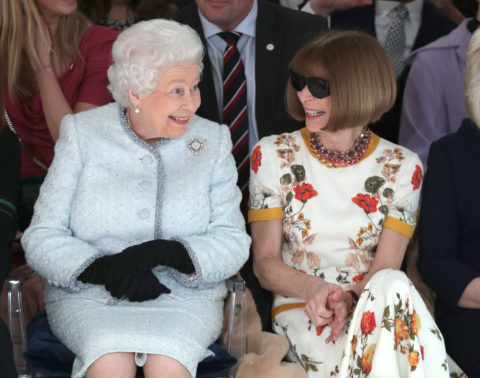 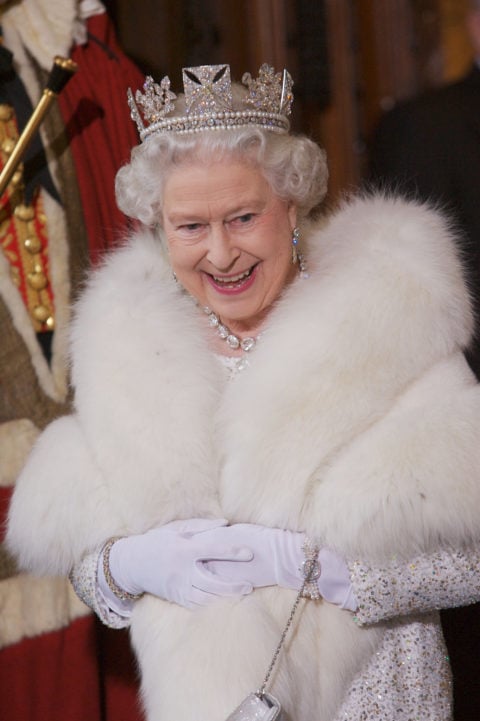 Queen Elizabeth II with a group of local children during her state visit to Mexico, February-March 1975.

Queen Elizabeth ll smiles during her visit to New Zealand part of her Silver Jubilee Year Tour in March of 1977.

On a visit to Blois In France wearing a pink and taupe outfit designed by Ian Thomas.

Attending the Royal Variety Performance at the Birmingham Hippodrome on November 29, 1999 in Birmingham, England.

Queen Elizabeth II greets well-wishers from the balcony of the Chester Town Hall during her visit, with Meghan, Duchess of Sussex, to Chester, Cheshire on June 14, 2018.

Queen Elizabeth II sits next to Anna Wintour as they view Richard Quinn’s runway show before presenting him with the inaugural Queen Elizabeth II Award for British Design as she visits London Fashion Week’s BFC Show Space on February 20, 2018 in London, United Kingdom.

Queen Elizabeth ll arrives at the House of Lords for the State Opening of Parliament on November 15, 2006. (