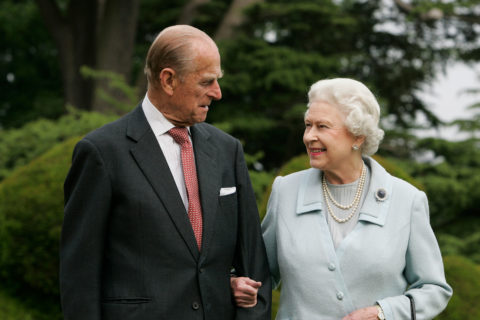 How the Royal Family Is Paying Tribute to Prince Philip

Read heartfelt statements from Prince Harry, Prince William and the rest of the royal family.

The 99-year-old Duke of Edinburgh died peacefully on April 9 at Windsor Castle, a few weeks after being hospitalized for an infection and undergoing surgery for a preexisting heart condition. He was the longest-serving royal consort in British history, and had retired from public duty in 2017.

Now, ahead of his funeral — which will take place on April 17 at St. George’s Chapel — Prince Philip’s loved ones are honouring the late royal. Here’s what they’re saying.

Prince William shared his touching and lengthy tribute to his grandfather with a never-before-seen photo of Prince Philip and Prince George. The pic, which was taken in Norfolk by Kate Middleton in 2015, shows a smiling Duke of Edinburgh sitting next to his great-grandson, who is holding a book.

“My grandfather’s century of life was defined by service — to his country and Commonwealth, to his wife and Queen, and to our family,” William wrote on Instagram.

“I feel lucky to have not just had his example to guide me, but his enduring presence well into my own adult life — both through good times and the hardest days,” he continued. “I will always be grateful that my wife had so many years to get to know my grandfather and for the kindness he showed her. I will never take for granted the special memories my children will always have of their great-grandpa coming to collect them in his carriage and seeing for themselves his infectious sense of adventure as well as his mischievous sense of humour!”

“My grandfather was an extraordinary man and part of an extraordinary generation. Catherine and I will continue to do what he would have wanted and will support The Queen in the years ahead. I will miss my Grandpa, but I know he would want us to get on with the job.”

A post shared by Duke and Duchess of Cambridge (@kensingtonroyal)

Prince Harry shared his own heartfelt tribute to his grandfather after arriving back in the U.K. for the funeral. (Meghan Markle, who is pregnant with the couple’s second child, stayed at their home in California after being advised by her doctor not to travel.)

In a statement shared on the Archewell site, Harry wrote: “My grandfather was a man of service, honour and great humour. He was authentically himself, with a seriously sharp wit, and could hold the attention of any room due to his charm — and also because you never knew what he might say next.

“He will be remembered as the longest reigning consort to the Monarch, a decorated serviceman, a Prince and a Duke. But to me, like many of you who have lost a loved one or grandparent over the pain of this past year, he was my grandpa: master of the barbecue, legend of banter, and cheeky right ‘til the end.

“He has been a rock for Her Majesty The Queen with unparalleled devotion, by her side for 73 years of marriage, and while I could go on, I know that right now he would say to all of us, beer in hand, ‘Oh do get on with it!’

“So, on that note, Grandpa, thank you for your service, your dedication to Granny, and for always being yourself. You will be sorely missed, but always remembered — by the nation and the world. Meghan, Archie, and I (as well as your future great-granddaughter) will always hold a special place for you in our hearts.”

The message ends with the Latin phrase “Per Mare, Per Terram,” the Royal Marines motto that translates to “By Sea, By Land.” As royal reporter Omid Scobie notes, Harry had taken over as Captain General of the Royal Marines from Prince Philip in 2017 until 2020, when he and Meghan stepped back from their royal duties.

To remember his “dear papa,” Prince Charles shared a personal video message over the weekend, reflecting on the loss of Prince Philip.

“As you can imagine, my family and I miss my father enormously. He was a much loved and appreciated figure and apart from anything else, I can imagine he would be so deeply touched by the number of other people here and elsewhere around the world and the Commonwealth, who also, I think, share our loss and our sorrow,” he said. “My dear papa was a very special person who I think above all else would have been amazed by the reaction and the touching things that have been said about him, and from that point of view we are, my family, deeply grateful for all that. It will sustain us in this particular loss and at this particularly sad time.”

The Prince of Wales pays tribute to The Duke of Edinburgh on behalf of The Royal Family. pic.twitter.com/tDP0rkKGzc

— The Prince of Wales and The Duchess of Cornwall (@ClarenceHouse) April 10, 2021

“You know it’s going to happen but you are never really ready,” she said. “My father has been my teacher, my supporter and my critic, but mostly it is his example of a life well lived and service freely given that I most wanted to emulate. His ability to treat every person as an individual in their own right with their own skills comes through all the organisations with which he was involved.”

The statement went on to read: “I regard it as an honour and a privilege to have been asked to follow in his footsteps and it has been a pleasure to have kept him in touch with their activities. I know how much he meant to them, in the U.K., across the Commonwealth and in the wider world.

“I would like to emphasise how much the family appreciate the messages and memories of so many people whose lives he also touched. We will miss him but he leaves a legacy which can inspire us all.”

The Queen has not actually made an official statement herself about the passing of her husband, as she is currently in an eight-day mourning period, during which she will be taking a break from state affairs. But the official royal family social media accounts did repost a lovely quote from the monarch that she had said about Prince Philip in 1997. “He has, quite simply, been my strength and stay all these years, and I, and his whole family, and this and many other countries, owe him a debt greater than he would ever claim, or we shall ever know.”

After attending a church service on April 11, Prince Andrew —  who “stepped back” from public duties in 2019 after being connected to convicted sex offender Jeffery Epstein and giving a disastrous interview about their relationship — also made a rare statement to the press. When asked how his mother was doing, he answered: “The Queen, as you would expect, is an incredibly stoic person. And she described his passing as a miracle. And she’s contemplating. She described it as having left a huge void in her life,” he said, but also mentioned that the royal family is “rallying around to make sure that we’re there to support her.”