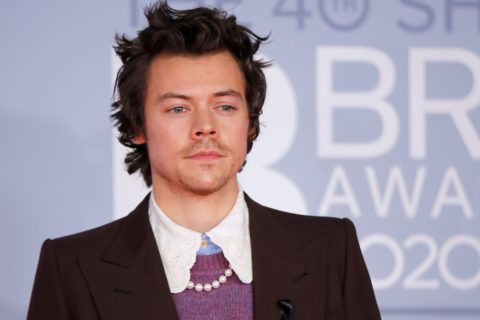 Pearls Are One of the Hottest Men’s Jewellery Trends for 2020, According to Lyst

Thanks in particular to Harry Styles.

Online fashion aggregator Lyst has just unveiled its new jewellery-focused report and according to its data, pearls are one of the hottest men’s jewellery trends for the year.

Thanks to the likes of Harry Styles, Shawn Mendes, A$AP Rocky, Pharrell and Billy Porter rocking pearl pieces this year, Lyst reported that there has been 11,000 monthly searches for men’s pearl jewellery since January. Styles is a particular influencer in the space – after rocking a pearl necklace in December of last year during his Fine Line promotional tour, searches for similar jewellery pieces increased 31 per cent, according to Lyst, whilst searches for ‘men’s pearls’ are up 17 per cent year-on-year. Searches for freshwater pearl anklets are also up 67 per cent since January.

Men have also been influenced by Connell’s chain from Normal People, with searches for “silver” and “chain necklaces” up 47 per cent year on year. There’s also been an overall uptick in male shoppers this year – 150 per cent, to be exact.

For women, gold jewellery reigns supreme with 68 per cent of jewellery searches dedicated to the category. Chunky gold necklaces are the most wanted item (searches are up 113 per cent year-on-year), followed by gold hoop earrings (up 51 per cent).

As the pandemic changed the way we work from in offices to at home and on Zoom, searches for statement necklaces are up 70 per cent –Missoma and Alighieri lead the way in this category – and searches for statement earrings are up 35 per cent. Plus, with more time to consider their options and the processes by which their pieces are made, consumers are searching more and more for sustainable jewellery pieces.  According to the report, searches for ethical jewellery have increased 20 per cent since the beginning of the year, and the search term ‘recycled gold’ is up 29 per cent year-on-year.

As for the year’s other big jewellery influencers, Timothée Chalamet is responsible for more than 20,000 searches for jewelled pins similar to the one he wore to the 2020 Oscars, whilst the Queen caused an 86 per cent surge in searches for turquoise brooches following her speech in April. Meghan Markle also influenced shoppers this year – after wearing a gold evil eye necklace on a Zoom call, searches for similar pieces increased 36 per cent over the following week.

Photo by TOLGA AKMEN/AFP via Getty Images
Get the best of FASHION in your inbox Thanks for signing up!
The latest fashion, beauty and celeb news delivered right to your email #FASHIONforall Now, check your inbox to complete your subscription
We won’t ever use your email address for anything else
Want even more FASHION? Follow us on social media.