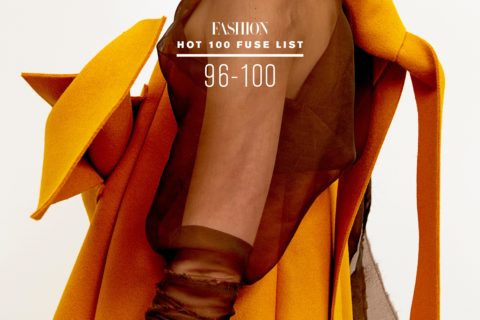 The next generation of Canadian fashion designers is primed for takeoff.

In our Winter issue, FASHION editors rounded up the 100 people, products and experiences we think will blow up in 2019. It’s our inaugural Hot 100 Fuse List. From the workouts you’ll be doing, to the new designers and artists you’ll see on your feed, this is your guide to being in the know this year. Here, find four new Canadian designers who are taking over the industry abroad.

This 23-year-old dynamo from Markham, Ont., was recently cited as being one of John Galliano’s muses. Her staggeringly inventive designs have already been seen on the likes of Rihanna and Solange.

Even though Stephanie Moscall-Varey has just one collection under her belt (Rita was inspired by an 84-year-old no-nonsense Midwestern farmer), the buzz surrounding her seedling label, Moskal, has already proven her a rising star.

Alexandra Armata’s sleek designs are heavily rooted in nostalgia and memories, resembling a rather sentimental Martin Margiela. Prior to arriving in London, she assisted Vejas Kruszewski, the Canadian wunderkind who won the LVMH Prize.

If you’re mourning Phoebe Philo’s Celine, then Claire Peng is the designer to watch. The 24-year-old interned at Celine, and her deconstructed designs broadcast a brooding, serene elegance.