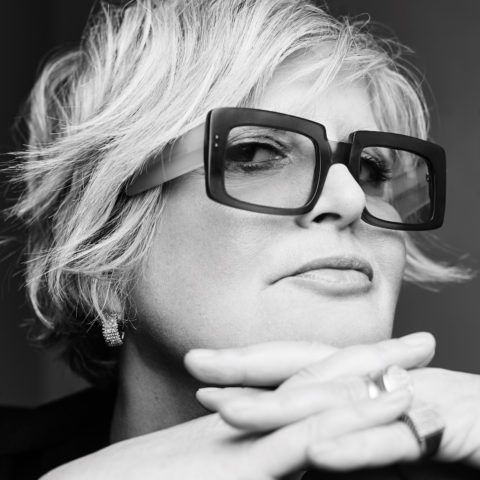 Marie Saint Pierre on the Power and Pleasure of Fashion

What the multidisciplinary Montreal-based designer is reminiscing about, observing and energized by right now.

With more than 30 years at the helm of her eponymous brand, Montreal based designer Marie Saint Pierre has been privy to the fashion industry’s many ups and downs. But the tenacious creative, who has dabbled in developing menswear and home decor pieces in addition to running a successful womenswear line, gives the impression that she hasn’t quite seen it all and remains ready for anything. “Fashion is very proactive in changing itself and changing its parameters,” says Saint Pierre, citing the advent of the internet as an example of a time when her business went through a major pivot. Consumers’ ability to see the latest runway looks in real time instead of waiting for them to be published in a magazine has impacted the nature of catwalk productions as well as the momentum with which clothing is manufactured. “There have been many times when the industry has been shaken to its core,” she notes with a hint of unflappability that comes only from experience.

What has remained a constant is Saint Pierre’s commitment to dressing originals: powerhouses who believe in the potential of clothing to convey strength, sensuality, sophistication and more. Her pieces, all produced in a Montreal factory space, have evolved subtly each season and are focused on unifying luxurious technical fabrications with elevated classic designs.

“When I started my career, I wanted to find a niche with clothes that were defined by not only aesthetic and singularity but also performance and well being,” she says. “I try to combine all these elements in our collections — to allow women who go to work every day to feel good about what they’re wearing but also to feel the technicality behind it and be extremely comfortable in it.” Saint Pierre — who has collaborated with Canadian swimwear brand Shan on a range of athleisure pieces— was an early adopter of sportier fabrications like scuba-style jersey and mesh, imbuing her designs with a go-anywhere attitude.

Saint Pierre says she has received letters of gratitude from fans around the world — artists, bankers and beyond. “I’ve had lawyers tell me they never lost a case when they were wearing my clothes,” she laughs. “When I see people wearing my clothes, it allows me to see the pieces from a different perspective. That’s really interesting, and it’s what I’ve learned to love most about my job.”

The designer says she’s still thrilled when she wakes up in the morning with ideas, adding that her brand has seen a shift toward a more seasonless approach over the past two years; Maison Marie Saint Pierre also operates on a made-to-order basis to reduce the waste associated with mass production. Untethering herself and her team from the relentlessly paced traditional fashion calendar has allowed Saint Pierre to remain focused on the all-important three Ps of business: people, planet and profit. “And I’ve added a fourth P, which is pleasure,” she notes. “I think that’s very important nowadays—to feel happy about something.”

And that notion ties in very well with Saint Pierre’s ethos when it comes to her work. “I call it ‘experiential luxury,’” she says of how self-expression is uniquely linked to style. “If people can embrace the privilege we have as human beings of being able to express ourselves through means other than words and demeanour — through clothes — it’s a very sophisticated way to communicate. That’s why I keep doing it; otherwise, I’d be trying to save the world in another way.”

What advice do you have for someone who wants to be a designer?

“You have to have a purpose. Know what you’re looking to put on the market. If it’s just another piece of beautiful clothing, I don’t think that’s enough right now. We have history that gives us the opportunity to look at amazing clothes from the past. And people can buy amazing pieces of clothing second-hand. The market is full of amazing products. You have to find the ‘Why?’ of what you’re doing and trust that the idea will sustain you through time and all the effort you have to put into building a brand.”

“My mother coming back from Europe. At the time, not everybody travelled, but my parents were lucky enough to be able to, and they went to Paris many times. My mom would buy Courrèges and, later on, Yohji Yamamoto. She came back with the newest clothes, and I remember opening her suitcases to see them. I was not interested in clothes from images in fashion magazines — I was interested in the fabrications. With Courrèges, I saw the novelty in fabrics; it was very futuristic and mixed with the more philosophical approach of the Japanese designers in the ’70s.”

If you could live in any era for its fashion, what would it be?

“The 1920s, when we got rid of the corset and moved into fashion instead of costume. I think that’s when the transition happened; things started to be done differently. Madeleine Vionnet was such an important figure in the fashion industry, although she’s not well known. She transformed how fabrics were cut with the bias cut — that’s the biggest invention you can dream of in fashion. It liberated women from heavy garments. And she was an advocate for sewers; she created the first syndicate for them. Women were really at the centre of the fashion industry. And then all of a sudden, they kind of disappeared. It became a male-oriented industry.”

What’s your idea of an essential everyday garment?

“My favourite piece is the coatdress, because it’s so relevant to what we’re living today in terms of no borders between masculinity and femininity. You can decide whether it goes more with your masculine side or your feminine side. And you can wear it so many different ways. It’s a very powerful piece of clothing; I’ve always done them in my collections. They transcend function but also fashion.”

Photograph by max abadian.
Trends, beauty secrets, culture & more
Yours for only $1 an issue
Subscribe now!