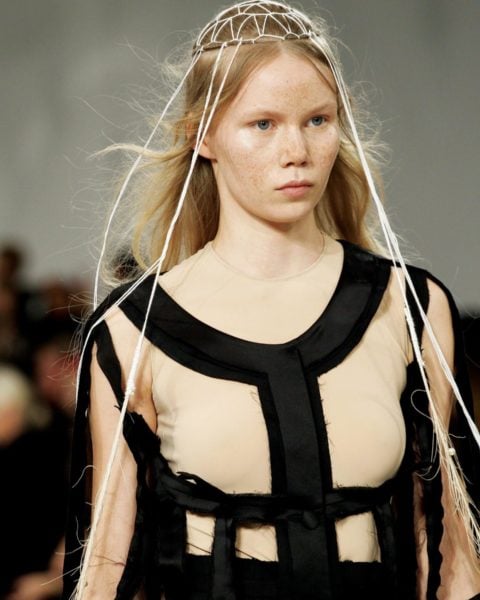 The fashion world is coming undone. The latest trend of loose threads and frayed hemlines seem to mirror our perfectly imperfect world.

Coco Chanel once said that fashion isn’t something that exists in dresses alone. “Fashion is in the sky, in the street; fashion has to do with ideas, the way we live, what is happening.” So, what social, cultural and political influences is fashion reflecting this fall? Karl Lagerfeld’s space-themed presentation for Chanel—complete with a rocket—seems to suggest that we ought to grab our tweed and get the hell off Earth.

But where Lagerfeld proposes escape, other designers seem to be grappling with the state of things—namely a palpable feeling that the world is hanging by a thread. Twine was strewn across garments at Maison Margiela; long threads hung from leather coats, folkloric frocks and clutches at Alexander McQueen; and there was a parade of patchwork sweaters trailing tufts of yarn as well as a number of raw hems at Acne Studios.

My dismal news feed may have coloured my spin on strings being a harbinger of a restive mood, but not all that dangles by a thread necessarily spells despair. Acne’s Jonny Johansson said his dangling tufts were inspired by the hand puppets that artist Paul Klee made for his own son. In this instance, the errant threads evoke a homespun and well-loved touch.

The starting point for Sarah Burton’s collection for McQueen was a clootie well, a Celtic ritual where cloths dipped in a water source inhabited by spirits would be used to wash stricken parts of the body and then tied to nearby trees. The expectation was that when the rag disintegrated, one would experience relief. For Margiela, John Galliano spliced in all kinds of American iconography—from the silhouette of the Statue of Liberty’s crown to patched quilts—with an underlying message that reflected America’s history as being welcoming and open.

Maison Margiela is no stranger to thread bare deconstruction. Responding to the opulence of the ’80s, Martin Margiela, Rei Kawakubo and others revealed what lies beneath, including zippers, linings and raw hems that are at once designing and undesigning. These deconstructive details now routinely resurface. Karin Veit, creative director for German label Marc Cain, says the frayed denim pieces from spring were carried over into knits for fall because “razor-frayed edges add just the right amount of imperfection to a look.”

Los Angeles-based designer Raquel Allegra launched her eponymous line in 2003 with shredded tees, and while she expanded the collection eight years ago, raw hems are a seasonal mainstay. She traces her love of loose threads to a self-sufficient youth spent shopping solely at thrift stores. “I have such a connection with vintage, and when it’s worn the way I like it to be worn, the hems have fallen out and there are holes,” she says. “It doesn’t matter what shape it’s in; if it’s perfect in every other way, you want to wear it. That’s really my starting point—wanting to recreate that.”

Looking at these collections, it dawned on me that I’ve never owned as many frayed, imperfect pieces as I do right now. Within the past year, I’ve cut the pristine hems off more than a few T-shirts and pairs of jeans—that is, if they didn’t already come that way. I hadn’t considered why before, but I’m starting to see a thread. I’d share what it is, but I think it’s best left dangling. 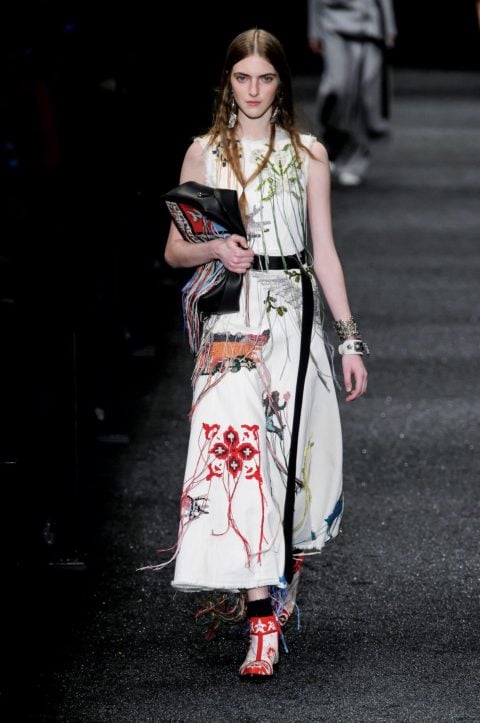 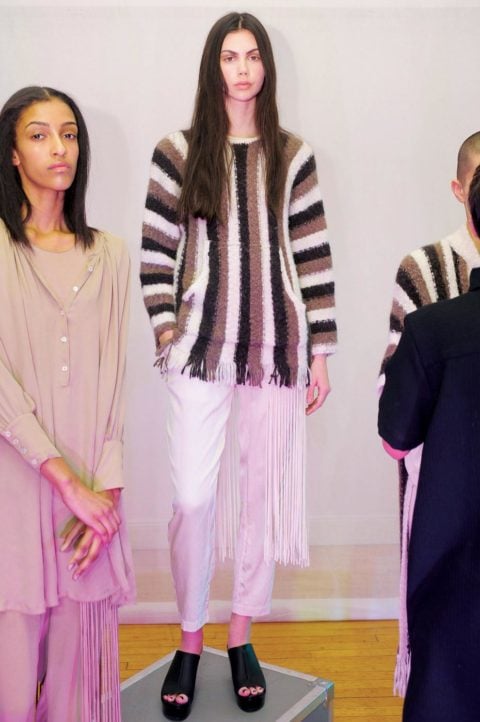 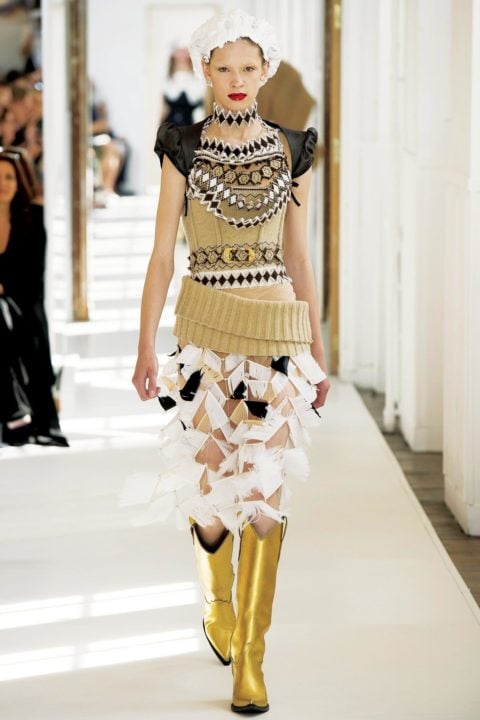 Maison Margiela Fall 2017. Photography via Getty.
Get the best of FASHION in your inbox Thanks for signing up!
The latest fashion, beauty and celeb news delivered right to your email #FASHIONforall Now, check your inbox to complete your subscription
We won’t ever use your email address for anything else
Want even more FASHION? Follow us on social media.