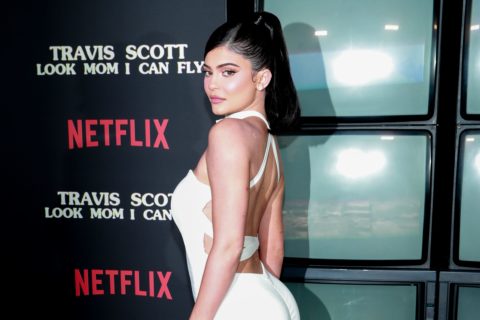 How does she possibly have any spare time for this?!

Kylie Jenner has a lot going on in her life already. As the world’s youngest self-made billionaire, she’s the CEO of Kylie Cosmetics, star of Keeping Up With The Kardashians, mom to Stormi and an Instagram fiend. And yet, she’s decided to add another business to her empire.

According to WWD, Jenner has filed a trademark application for something called “Riiise and Shiiine.” The filing listed “coats, dresses, footwear, gloves, headbands, jackets, loungewear and undergarments” on the document.

The news follows Jenner’s viral moment last week after she gave fans a virtual tour of her Kylie Cosmetics office. During the clip, she entered Stormi’s on-site nursery, waking her daughter by singing the phrase “rise and shine.” It instantly spawned countless memes (Jenner herself posted one on her own account) and solidified its place as one of 2019’s key social media moments.

As noted by WWD, the youngest of the Kardashian-Jenner clan also re-posted a “rise and shine”-inspired makeup look leading many of her fans to believe a collection is in the works.

Riiise and Shiiine (the significance of the triple ‘i’ is yet to be determined) wouldn’t be Jenner’s first foray into fashion: she and sister Kendall have clothing line Kylie + Kendall, which they launched in 2015 and is stocked by Revolve, Nordstrom, Shopbop and more. The pair has also collaborated with PacSun on collections in the past.

Jenner has no shortage of women in her family to turn to for advice with this new venture, particularly older sister Khloe whose denim-turned-activewear-turned-businesswear brand Good American made $1 million in sales on its first day and reportedly pulls in around $3.6 million annually. The filing also lists ‘undergarments’ so we suspect she might gather some intel from Kim on this front, given that SKIMS made $2 million within minutes of launching.