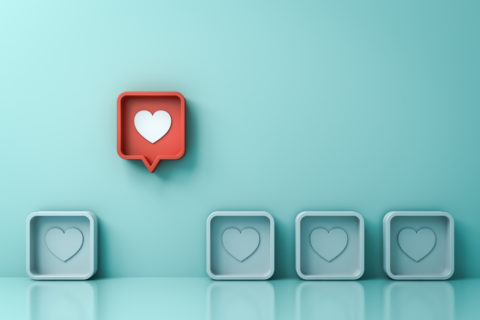 The company is testing out a new version of the app.

Did Kanye West do something right? Last fall, he tweeted about the negative and dangerous effects social media has on the mental health of its users, particularly that of young people.

“There are people who are committing suicide due to not getting enough likes,” Ye tweeted. “Seeking validation in the simulation. We need a live-streamed meeting with Jack Dorsey Kevin Systrom Mike Krieger Mark Zuckerberg and Evan Spiegal.” (In case you’re not up to speed on the tech bros of the world, the men mentioned in the tweet are, respectively: the co-founder and CEO of Twitter, the two co-founders of Instagram, the co-founder of Facebook and the co-founder of Snapchat.)

“Speaking for myself,” he wrote in a second tweet, “I personally want to participate in social media with the option of not having to show my followers or likes.”

Well, this dream that Ye dreamed is actually coming to life. This week, Instagram is testing out a new version of the app in Canada that will no longer show users the number of likes that posts on their feeds rack up. According to TIME, “Users will still be able to see the names of those who have given posts a like,” but the actual figure “will no longer feature prominently below the content shared.”

“We want people to worry a little bit less about how many likes they’re getting on Instagram, and spend a bit more time connecting with the people they care about,” Head of Instagram Adam Mosseri said yesterday at Facebook F8, the company’s annual developer conference.

Instagram account holders will still be able to see the number of likes on their own posts, but not those of other users’. This, Mosseri added, is because “we don’t want Instagram to feel like a competition, we want to make it a less pressurized environment.”

Of course for some users, like fashion bloggers and influencers, these likes and numbers are precisely how they’re able to monetize their brand in order to make a living. What does the (public) erasure of those metrics mean for them going forward?

“It will certainly create some near-term inefficiencies in how some of these deals get done,” Kamiu Lee, CEO of influencer marketing platform Activate, told CNN. “In the long term, the industry will figure it out. It will just shift attention to some of these other things.”

We don’t know how it’s all going to play out in the long run—will users have the choice to opt in or out of the feature? Will business accounts with followings in the millions be allowed to play by different rules?—but considering the recent studies showing that Instagram is the worst app for young people’s mental health, the effort is a step in the right direction.