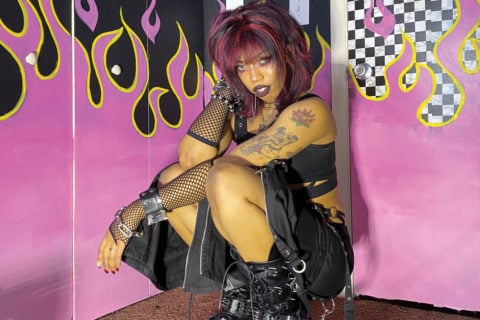 But this time, it’s inviting more diversity into its darkness.

Oddly enough, the two most formative films of my youth were Interview With the Vampire and Bring It On. In the shadows of my teenage bedroom, I gorged on ghost stories, but in the daylight, my cheerleading uniform and study-time sweats cloaked my macabre interests. While I secretly lusted over mesh tops, Tripp NYC pants and lace chokers in my dark sanctuary, I was always too afraid to put down my pom-poms. Not because I didn’t care about clothes (far from it) but because I thought the styles I loved were off limits to Black girls — especially the ones who led school pep rallies.

In the mid-to-late-2000s, goth was largely considered a “white” thing. While I’m sure there were kids of colour lurking around with eyebrow piercings and velvet corsets, I never saw them in the light of day. In fact, the only goths I did see fit a very specific stereotype: pale skin, straight hair and all-black attire à la Morticia Addams. As a preppy Jamaican girl, I wasn’t included in that aesthetic, so I buried it instead.

A decade (and a Y2K revival) later, my desire to gothify myself has come back from the dead, thanks (in part) to the Spring 2022 runways. Balenciaga presented bountiful black styles, bringing the gothic drama in cloaklike gowns and oversized outerwear. LaQuan Smith’s sexy meshy silhouettes seemed to celebrate goth’s fetishistic and formerly taboo nature. And Marc Jacobs incorporated shredded fringe and dark designs into his spring collection.

However, the real goth-aissance is happening on TikTok. Tags like #goth, #gothic and #gothcore currently boast 10 billion, 1.9 billion and 15 million views respectively. Content creators like Xowie Jones, Baby Succubuz, Nerdy Winter and Vocally Shook have gone viral for their descent into darkness. And with social media brushing off the proverbial cobwebs, goth has evolved from a maverick lifestyle into a mainstream movement. But don’t be fooled — this isn’t the whitewashed goth from my adolescence. This time around, goth is available to everyone.

When asked for her definition of goth, Valerie Steele, director and chief curator of The Museum at the Fashion Institute of Technology (FIT) in New York, describes it as more of a sensibility than a style. “Goth is a strange beauty,” says Steele, who curated FIT’s 2008–2009 exhibition Gothic: Dark Glamour and wrote the accompanying book. “It’s a dark romanticism.”

The subculture started in the late 1970s to early ’80s in the United Kingdom, when English goth rock, a subset of the more volatile punk rock, rose in popularity. While both movements originated as a rejection of the conservatism, materialism and elitism that U.K. prime minister Margaret Thatcher and U.S. president Ronald Reagan had come to embody, goths were ultimately more moody and poetic than angry and violent. British band Bauhaus’s anthem “Bela Lugosi’s Dead,” released in 1979, is often cited as the true beginning of the trend, with glam rock icons Siouxsie Sioux and American Patricia Morrison pioneering the ashen skin, long dark hair, fishnets and Victorian corsets that came to define the style.

Although many shied away from the campiness of goth, post-punk designers like Vivienne Westwood leaned into the uncanny glamour of it all. By the early ’90s, designers like Yohji Yamamoto, Rick Owens and Alexander McQueen were following in her fetish-y footsteps.

Goth challenged the order, trendiness and propriety of traditional beauty. The subculture intended to build safe spaces for society’s outsiders, but its rigid fashion and beauty “rules” were, by default, often exclusionary. The gothic preoccupation with corpselike complexions, for example, is a beauty standard quite literally rooted in whiteness. It rejects the mainstream preference for a healthy flush beneath tanned skin by propping up an aesthetic that dark-skinned people could never achieve. Goths reject the norm, but Black beauty wasn’t the norm to begin with.

In 2022, Gen Z goth enthusiasts face fewer obstacles than I did, and Steele believes that COVID and lockdowns might have played a part in this sudden interest in morbidity. “With the constant threat of death and destruction, some people want to have brightly coloured ‘dopamine fashion’ while others are like, ‘This is a dystopian moment; I don’t feel like that,’” she says. “It works both ways.”

As the goth community expands, TikToker Victoria Maddox — known professionally as Baby Succubuz — says she’s seen more alternative Black creators here than on any other platform. “It has made me feel less alone,” she admits, reflecting on the process of becoming friends with other creators who look like her for the first time. Goth activist and lifestyle coach Jamila Anahata — professionally known as The Soulful Veganista — agrees, describing the amount of feedback she’s received from her popular Instagram account, where she posts about fashion, veganism and spirituality. Over the years, young Black girls have reached out to thank the influencer for her stunning representation of the Afrogoth fashion they’d always wanted to wear.

Content creator turned music artist Jones adds that the goth rules are more accommodating than they once were. The 22-year-old has over 7.3 million TikTok followers who watch her go from glam to gore in a single transition. “It doesn’t have to be super extravagant,” she shares. “You can wear a black T-shirt and jeans and still be goth.” Other goth creators have stepped away from the all-black trademark and opted for lighter interpretations. “I consider myself a Bubble Goth,” says Maddox. The 29-year-old influencer livens up her looks with colourful hair, makeup and accessories for her 108K followers. “With Bubble Goth, you take a light aesthetic and a dark aesthetic and kind of mush them together,” she says about her current colour fixations.

When asked about how much someone must adhere to the rules to consider themselves goth, Steele comments on the naïveté of those searching for a “100 per cent real, authentic thing” in the subculture. She says, “That kind of authenticity is a chimera — it doesn’t really exist.”

I can very much relate. At the beginning of 2020, I did something I’ve wanted to do since I was 13: I got my septum pierced — one small step for your average goth aficionado, one giant step for a former goth wannabe. Since then, my overall style has gotten a lot darker (and a lot more me) as well. In 2022, I wouldn’t say I’m goth, but I wouldn’t say I’m not goth either.

Goths are not monoliths, and neither are BIPOC. The evolution of the subculture in the age of TikTok promises that this remains true for both. Different representations of goth — whether they’re race, age or style — don’t diminish what already exists. Instead, these newer additions create a fuller, richer community that’s stronger than what existed before. Rather than fighting to protect a past that’s less inclusive than we remember, let’s celebrate the present with those who find beauty in darkness.

Click through the gallery below for some goth inspiration, courtesy of the runways. 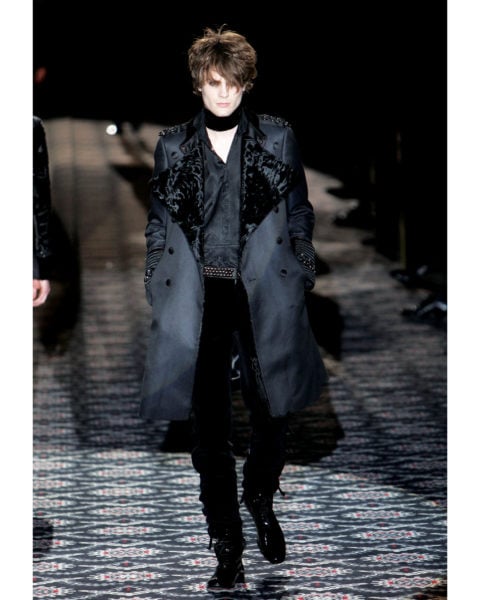 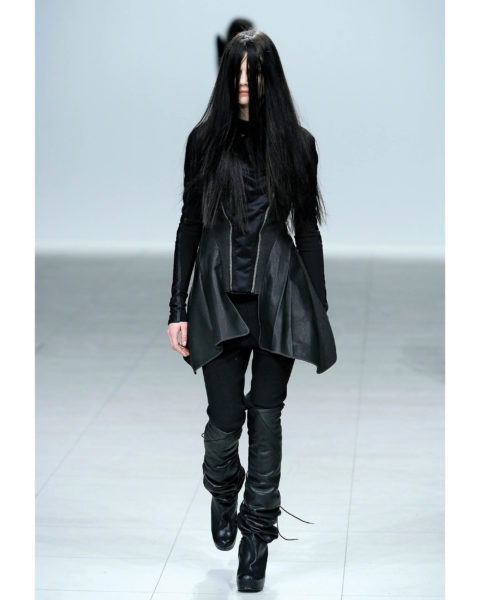 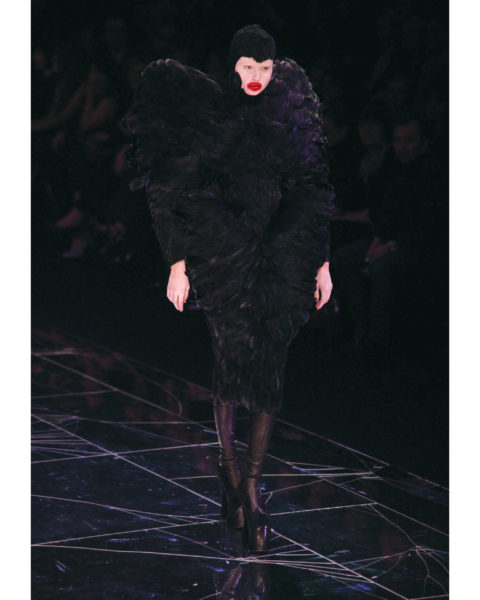 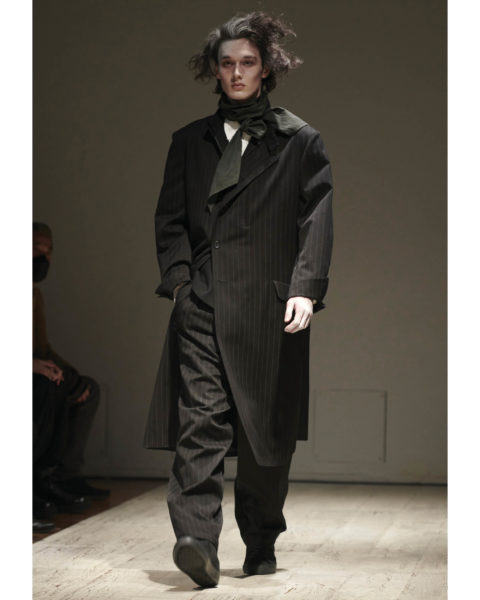 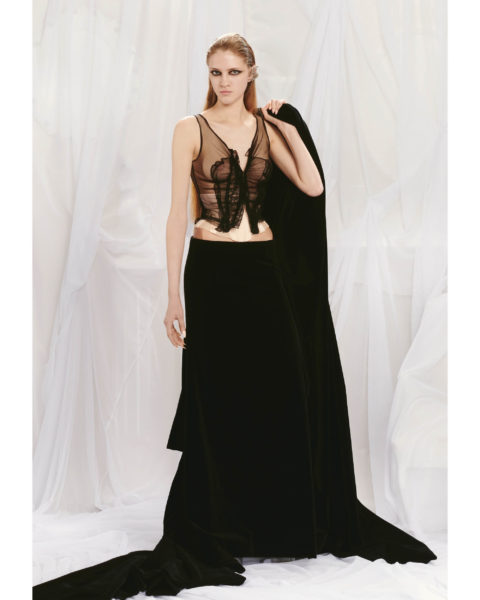 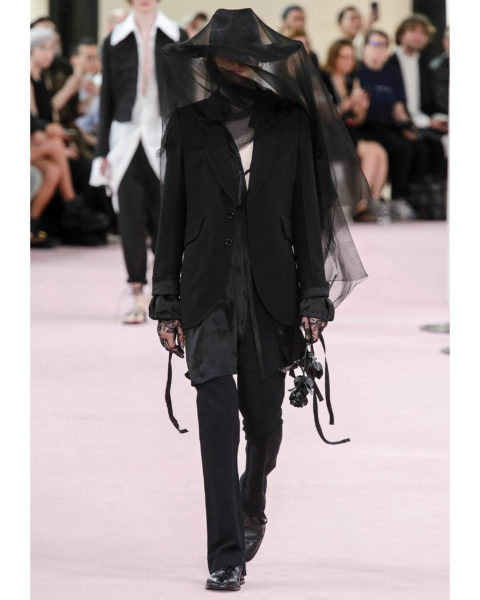 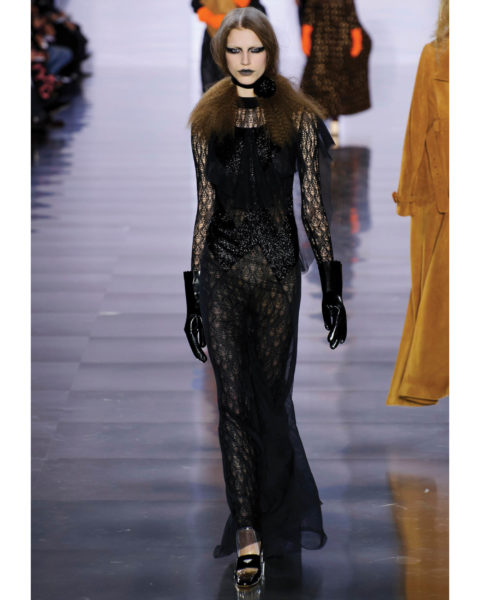 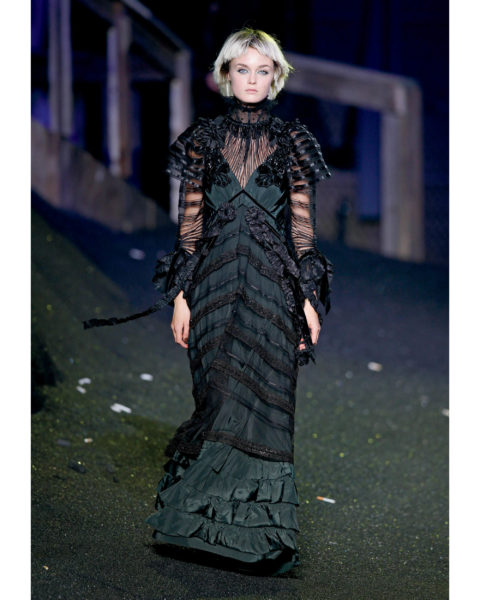