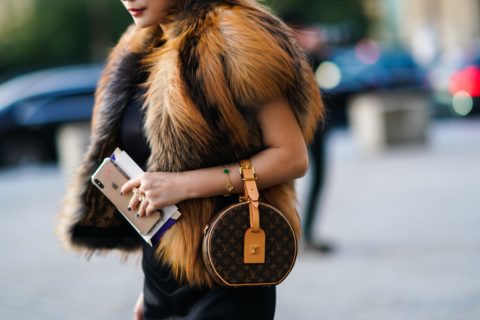 Sandro, Maje and Claudie Pierlot Are All Now Officially Fur-Free

The news was announced by PETA.

French contemporary (and sister) brands Sandro, Maje and Claudie Pierlot have all announced today that each will be fur-free moving forward.

In a press release from PETA, the animal rights organization confirmed that Claudie Pierlot will no longer use fur beginning with its Spring 2020 collection.

As noted by WWD, Sandro has been fur-free since Fall 2018, and Maje stopped using the controversial material from Fall 2019. All three brands are own by SMCP, which also owns menswear brand De Fursac. The company has confirmed that the latter has also banned the use of fur in its collections.

Taking to Instagram to confirm the news, Claudie Pierlot shared a picture of three raccoons huddled in a tree and wrote, “From now on, at Claudie, these families will never be separated. Claudie Pierlot is committed to stopping the production of fur within its collections starting January 2020.”

Mathilde Dorbessan, the head of corporate relations at PETA, said in a statement, “Contemporary consumers do not want clothes made in a way that involves the suffering o captive, tortured and butchered animals. By giving up on fur, the SCMP group’s labels have taken the right decision for the animals, the planet and consumers.”

The French labels join a growing chorus of brands in the industry to remove fur from their collections. Michael Kors, Giorgio Armani, Calvin Klein, DKNY, Prada and Gucci are among the top tier labels to have announced they will no longer use fur. And it’s not just brands that are getting in on the act. Queen Elizabeth’s personal dresser Angela Kelly revealed earlier this month that any outfits created for Her Majesty moving forward won’t contain real fur. “If Her Majesty is due to attend an engagement in particularly cold weather, from 2019 onwards fake fur will be used to make sure she stays warm,” Kelly said.

Photo by Edward Berthelot/Getty Images
Get the best of FASHION in your inbox Thanks for signing up!
The latest fashion, beauty and celeb news delivered right to your email #FASHIONforall Now, check your inbox to complete your subscription
We won’t ever use your email address for anything else
Want even more FASHION? Follow us on social media.