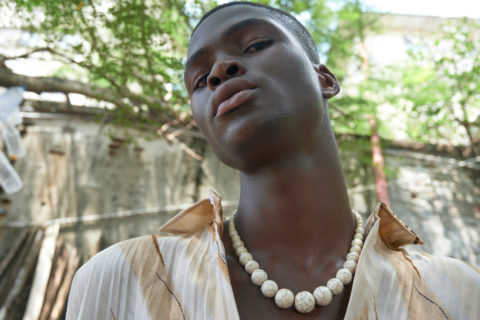 Photography courtesy of The Folklore.
Style

Here’s the Fashion News to Know This Week

It's been a big week for fashion news, especially in the #shoplocal movement.

From oodles of new footwear to Pyer Moss’s t-shirt in honour of the Transgender Day of Remembrance to The Folklore partnering with Farfetch, here’s what you need to know.

Farfetch partners with The Folklore to showcase emerging Black-owned brands

In an effort to amplify the voices of creatives working in Africa and the diaspora, retailer The Folklore teamed up with e-comm platform Farfetch to create a hub where consumers can shop from 10 exciting designers; names included in the initial launch are Andrea Iyamah, Clan, Fruché, Lisa Folawiyo, Onalaja, Orange Culture, Tokyo James, William Okpo, EDAS and Third Crown. Find everything from accessories to streetwear in the mix, as well as content created to give a glimpse into the world of participating labels.

New York-based label Pyer Moss launched the third instalment of its “Exist to Resist” campaign through a partnership with The Marsha P. Johnson Institute. The non-profit human rights organization is named for the pioneering drag queen and activist, who can be seen on a striking graphic tee that the fashion label created and will sell with all proceeds going back to the Institute’s important efforts.

“A part of our role as creatives in this world is to observe and listen to those who are identifying and challenging the ills that plague our present and our future,” designer Kerby Jean-Raymond said in a statement. “The Marsha P. Johnson Institute stood out to us as an organization that is protecting and defending the basic human rights of Black transgender people and we see it as our job to support them and amplify their voices rather than speak for them.”

In addition to the product launch, Elle Hearns, the founder and Executive Director of the Institute, is featured in a docu-style film that can be found on Pyer Moss’s website.

Because the ’90s will never not be a font of inspiration, Dr. Martens – a footwear mainstay of the grunge era – has partnered with X-Girl, the fashion brand founded in 1994 by musician and style icon Kim Gordon and Daisy von Furth. Coming in DM’s signature eight and three-hole unisex styles, the new pieces feature eye-catching debossed animal-print details as well as a dual-brand sock liner.

Jade Trau, Jennie Kwon, Julez Bryant, Sara Weinstock and Zoë Chicco were tapped to craft one-of-a-kind pendants for the launch of the De Beers Group’s ReSet Collective – an initiative centering around the advancement of independent design and and sustainability efforts. The pricey, diamond-heavy pieces will be auctioned off online from December 10th to the 17th with 100 per cent of proceeds going to Stepping Stones International (a Botswana-based organization) and the NAACP Legal Defence Fund in the U.S.

The first collection from Wales Bonner and Adidas Originals is here

Initially seen at the brand’s London Fashion Week show earlier this year, Wales Bonner’s inaugural effort in a collaborative relationship with Adidas Originals has arrived. In addition to four takes on the beloved Samba sneaker style, the line also boasts track separates and knitwear that have a very ’70s flavour, taking inspiration from the decade’s Jamaican music scene influence on British culture.

Second-hand brand Goodfair has introduced women’s footwear into its offering of waste-reducing wares. Joining the sustainably-minded brand’s current selection that runs from loungewear to denim, you’ll now find mules, boots, flats and sneakers; the pieces can be purchased through Goodfair’s “bundles” and give consumers the opportunity to save such items from the landfill.