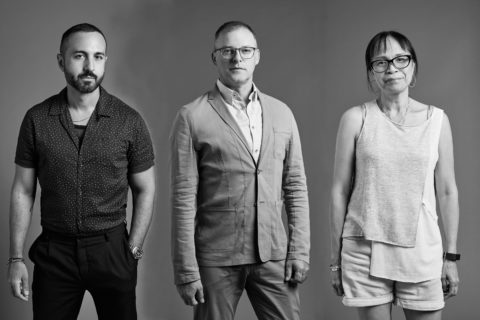 Meet the Mentors Who Are Fostering Canada’s Next Gen Designers

Meet the champions and mentors who are shaping Canada’s next fashion design stars.

Before we meet the fashion champions we recruited asmentors, here’s how the SRFI came to be. We asked Suzanne Rogers to tell us what motivated her and her husband, Edward, to gift the school with $1 million to launch the SRFI.

For the past five years, Rogers has attended Mass Exodus, Ryerson University’s graduating-class fashion show. At the show three years ago, she leaned over to Robert Ott, her seatmate and chair of Ryerson’s School of Fashion, and whispered, “So what’s next?” She’d seen a number of young designers build up their businesses only to quickly flame out and wondered what Ryerson was doing to support these students. The answer? They get to this point with their education and skills and then they face the world on their own. “I watched these designers coming down the runway. It was sad to hear they’d get lost here in Canada,” she says.

Thus, The Suzanne Rogers Fashion Institute was born. The brand-new SRFI fellowship will establish support for Ryerson students and graduates who are about to take their next steps and will support and advocate for young designers before they’re established in the biz. The fellowships are flexible, and the program allows students to pursue their short- and long-term goals. Rogers wants these designers to be able to go off and attend prestigious design schools like Central Saint Martins, do internships at big-name couture houses or transform their creative energy into elaborate collections. Ultimately, she wants the fellows to make an international splash so they can continue to put Canada on the fashion map. “It’s about finally being able to use the contacts I’ve developed over the past decade,” she explains. “But instead of using them for front-row seats, I use them to get internships for fellows.”

Medina was still a teen when he scored his first gig as a hairstylist, hawking cuts in the bleachers of his Winnipeg high school between classes for the grand price of $10. “I was doing braids, cuts and layers, which, in retrospect, was very ambitious,” he says with a laugh. “I had no idea what I was doing!” After graduating, he went straight to the Scientific Marvel Beauty School in Winnipeg and then continued training with Wella. There, he learned about different hair textures, how to diagnose the right colour for a client and how to set hair so that it stays put throughout the day—things he says he never could have learned watching tutorials on YouTube.

After 15 years in the business, Medina has worked with the likes of Carly Rae Jepsen, Chloe Grace Moretz and Orange is the New Black’s Dascha Polanco. In 2015, he began working with Garnier, a brand he loves for its accessibility, affordability and ability to cater to a range of different hair types. “Anyone who wants to switch up their look can go to a drugstore and grab a box,” he says. On-set, Medina approaches hair as if it were an accessory. “Without the clothing to put with the hair, it’s not complete and vice versa,” he says. Hair, in other words, makes the outfit.

Ott traces his fascination with fashion back to the 1981 nuptials of Princess Diana and Prince Charles. He was so enamoured with Di’s beguiling fairy-tale gown that he memorized what it looked like in a grainy television image and bought bits of satin and lace the next time he visited town to recreate the dress—replete with a 25-foot taffeta train—on his mother’s favourite porcelain doll. “That wedding was the first thing I had ever seen that was magical and big and really over the top,” explains Ott, who was born in Germany and raised near Fort St. John, B.C.

“I always had an interest in fashion, but imagine living in B.C., in the bush, as a male,” he says. “My interest didn’t really go over too well with my friends or anyone else.” After a brief stint studying mathematics and statistics, Ott made his way to Toronto to study fashion at Ryerson. He then spent 18 years working in production management for women’s sportswear brands before transitioning back to academia in 2006.

Ott says that the Garnier Ultra Color Challenge presents an exciting example of what he calls “constrained creativity” for the designers involved. “Fashion is about finding a solution to a problem, so when you create parameters, it can open up creativity to thrive,” he says. As Director of The Suzanne Rogers Fashion Institute, Ott is excited to be building a road map for “driven, discerning young design talent” in Canada. While his path hasn’t always been easy, it has been rewarding.

Chau is the daughter of a Shanghai-trained tailor, so it’s ironic that her father didn’t want her to enter the fashion industry. “‘You don’t make a lot of money, and you work really hard,’” recites Chau, whose family immigrated to Canada in 1966 and worked in one of Toronto’s many Chinese-owned dry cleaners. But his advice didn’t stick. Before becoming an educator, Chau worked for decades on “The Avenue”—industry shorthand for Spadina Avenue, the centre of Toronto’s garment district—making doll’s clothes, fur coats, eveningwear, bridalwear and lingerie. Chau’s expertise is in technical design, which means pattern drafting, fitting and pretty much every step between translating a phosphorescent design sketch into a viable garment. “You can have all the creativity in the world, but if you don’t execute it well, it’s going to look like crap,” she says. Chau doesn’t sugar-coat her advice if she senses that a particular design element isn’t going to work, but she is still beloved for her legendary pep talks. “I always tell [students]: ‘Wait until third year. You’re going to awe me with your work.’” Colour is one of the most important elements of design—it can translate a mood or tell a story—and Chau applauds the Garnier Ultra Color Challenge for creating an opportunity for designers to cultivate their relationship with this fashion fundamental.

Antonopoulos has been obsessed with magazines ever since he was a little boy. His older sister used to bring copies of Vogue and Harper’s Bazaar to their Thornhill, Ont., home, where he would be captivated by the images and editorials. “I would be transported into a fantasy world, envisioning myself directing and styling my virtual fashion spreads,” he says laughing. “Thinking back, I wonder, ‘Wow, where did I get that gene from!?’” Antonopoulos was working as a Queen West shop assistant when one of the customers he was friendly with, a stylist, asked him to assist her on-set. He gave it a whirl and was only a stylist’s assistant for a year before moving up and acquiring his own clients. After 15 years in the business, he has expanded his role from stylist to fashion director. Now, instead of just pulling clothing for a shoot, Antonopoulos flexes his creative vision by planning editorials from conception to execution, forming the concept, casting the models and more. “To me, the most exciting part of fashion is the end result: seeing an amazing image and how it can move you.” Antonopoulos says that by earning a feature editorial in FASHION, these design fellows are gaining experience that takes most designers years to build up to.

Watch the video below to see behind the scenes and the final products: 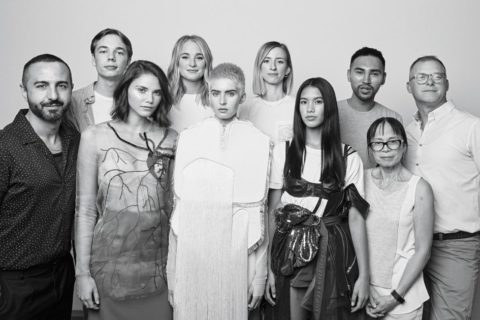 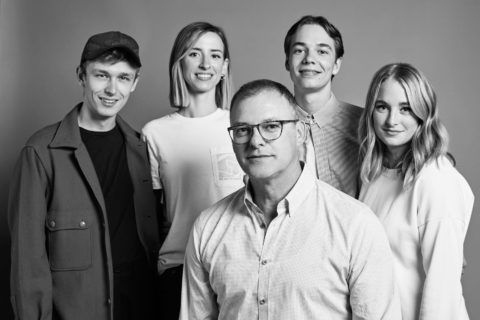 Meet the Next Generation of Great Canadian Designers

Photography by Javier Lovera
Get the best of FASHION in your inbox Thanks for signing up!
The latest fashion, beauty and celeb news delivered right to your email #FASHIONforall Now, check your inbox to complete your subscription
We won’t ever use your email address for anything else
Want even more FASHION? Follow us on social media.